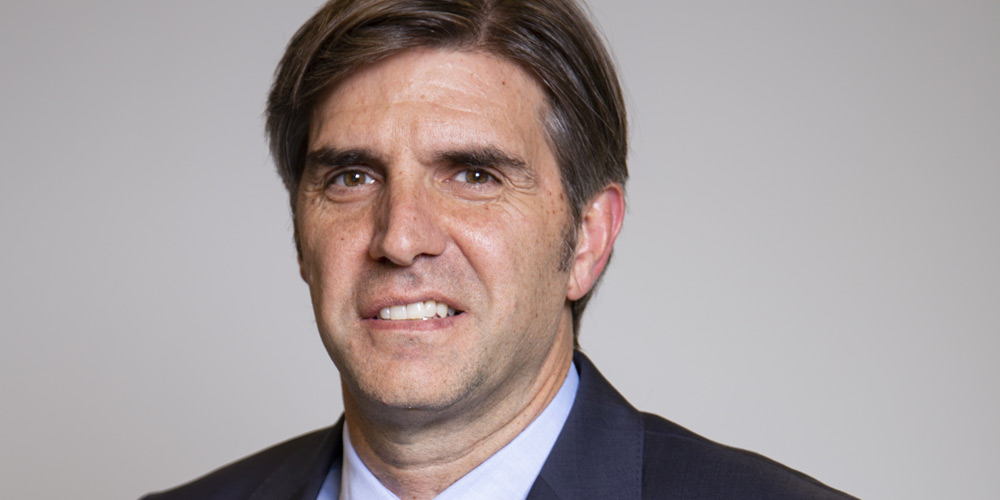 Roberto Martínez, CEO of PepsiCo Foods Mexico, is acutely aware that the way people buy snacks and packaged foods is changing rapidly, due to digital transformation in the retail industry. In the spring of 2019, Martínez took over as CEO after more than 20 years at the company. He oversees its food brands, including Quaker, Gatorade, Sabritas (chips, nuts, and similar snacks), and Gamesa (cookies and other baked goods). The beverage division of PepsiCo Mexico is run separately.

Within a month and a half of taking the top job, Martínez announced a US$4 billion investment across four main areas: agriculture, infrastructure, sustainability, and community. A common theme in those investments is digital technology, which Martínez sees as critical to helping the company serve customers more conveniently, efficiently, and profitably.

Strategy+business talked with Martínez about PepsiCo Foods Mexico’s growth prospects, its shift to healthier snacks and beverages, its portfolio of sustainability measures, and how technology improves performance and helps companies tell stories in new ways.

S+B: What are PepsiCo Foods Mexico’s growth prospects?
MARTÍNEZ: We see very positive prospects for growth over the next two years. One reason is demographic change. A large number of young people are beginning their working lives, and an ever-greater number of women are obtaining jobs that are better paid. The other reason is the strategic position occupied by Mexico, next to the U.S., the most important market in the world.

S+B: What are the biggest challenges the company faces?
MARTÍNEZ: One is keeping pace with the changing needs of the consumer, since that demands agility and speed. There are also important changes in the commercial structure in Mexico, evolving from small grocery stores to supermarkets, due to the ever-increasing number of digital platforms. We understand that urban customers are going to have greater access to digital tools. Nevertheless, we’re also aware that we need to adapt to every type of customer and to the needs of different types of retailers.

S+B: The Mexican government has recently taken steps to address obesity, implementing measures like a tax on sugar and mandating easy-to-understand food labels — something that is already in place in Chile. How has your company responded to those changes?
MARTÍNEZ: We’re convinced about the benefits of having transparent, clear, truthful, and useful labeling, supporting consumers with the right information to make their own decisions about what to eat.

S+B: In May 2019, you announced an investment of $4 billion in four aspects of the business: agriculture, infrastructure, sustainability, and community. How will you use those funds?
MARTÍNEZ: One billion [dollars] is earmarked for the purchase of raw materials, 90 percent of which will originate from Mexican fields. Another part will go to improve agricultural technology. In fact, in October [2019], we reopened the Sabritas Center for Agricultural Development, which is where we will grow 280,000 tons of potatoes to be used in our products.

Part of the funds will be used to build a factory in Guanajuato. It has been 20 years since we built a factory from scratch in Mexico. This will allow us to increase the total capacity of our system by 12 percent, and we’ll use less energy, since the plant will operate with solar panels. Sustainability is another big objective — we’re investing to reduce our carbon footprint by 30 percent. In fact, we have the second-largest PepsiCo fleet of electric and hybrid vehicles worldwide. Finally, we’ll invest $10 million through the PepsiCo Foundation to help more than 35,000 people living in the most vulnerable communities in Mexico.

Technologies change, but human beings love stories. It doesn’t matter if they’re in 140 characters or a 30-second commercial. We have to communicate with the consumer through those stories.”

S+B: Can you talk more about the company’s sustainability initiatives, particularly in light of climate change?
MARTÍNEZ: From 2006 to now, we have reduced our water consumption in Mexico by 50 percent, and we’re continuing that progress by investing in some very modern technologies. One is aeroponics, in which plants basically grow in the air, rather than in the earth. This allows us to consume a mere 10 percent of the amount of water used by traditional agriculture.

We also know that avoiding waste is important, and we have a goal of generating zero waste to landfills. All 15 of our plants are virtually there — 99 percent of the by-products in those plants are either recycled or reused. Similarly, 75 percent of the energy we use in Mexico is from wind. And a plant we’re constructing next year is going to be 100 percent solar powered.

S+B: Technology seems to be a constant theme in your strategy. Can you talk about some specific applications in areas like automation?
MARTÍNEZ: It started in the most obvious areas: the plants, where one can use robots to automate processes. But then we started to use automation in less obvious areas, for example, in parts of the controller area, to process invoices and do the monthly closing. We also have a very large sales force, and today we’re automating and digitizing interactions with our customers. That type of automation makes the lives of our people easier so they can be more productive. For all of these technologies, I believe that change is a constant.

You can’t stop the train of change. Instead, I believe that we have to try to understand change, embrace it, and use it to our advantage.

S+B: How can you introduce emerging technologies without people worrying they will lose their jobs?
MARTÍNEZ: It’s normal for people to fear the unknown. However, I believe the best way to do it is through clear communication. People need to know that these technologies will bring profit to the company, and that they will also open up new opportunities. In this regard, training is fundamental: Those who are willing to embrace new technology will benefit from the changes.

For instance, in addition to production and accounting, we are automating and digitizing the sales department, providing our team with smartphones that have cloud-based applications, which makes it easier for them to conduct processes. Therefore, they’re more productive.

S+B: How can you find the right people to implement these kinds of technologies?
MARTÍNEZ: We have different programs. One is called First Gen, which recruits grant or scholarship holders through digital platforms. These young people stay with the company for a year and a half and perform different tasks, mostly digitally themed, such as producing videos for Instagram. The program has a very high retention rate; of the students that we recruit, 70 percent remain at PepsiCo. We also have a program called Next Gen, which recruits college graduates and gives them more formal technology training.

There is another program that I implemented called the Young Talent Executive Committee. It’s composed of people under 30 who shadow the leadership team. Their role is to help us understand what younger generations are like, what our partners need, and what consumers want, among other things.

S+B: Technological changes also involve challenges, such as vulnerability to cyber-attacks. How are you dealing with this?
MARTÍNEZ: We implement the latest systems to protect against cyber-attacks, but our strategy is based on something that is more fundamental for us: training our people to recognize the most common forms of cyber-attack and teaching them how to protect both their personal data and the company’s confidential information. Training and reinforcing these methodologies really helps us significantly reduce our vulnerability.

S+B: Can you talk about how your company is using technology to better connect with consumers?
MARTÍNEZ: Technologies change, but human beings love stories. It doesn’t matter if they’re in 140 characters, an Instagram story of five seconds, or a 30-second commercial. We have to be able to communicate with the consumer through those stories. And that’s what we’re doing, through formats like Instagram and YouTube. We just finished making a commercial for Quaker in Latin America. It talks about all of us having a biological age and another age inside us, which has to do with how we take care of ourselves and feed ourselves. That video lasts three minutes — that’s long in today’s world — and more than 80 percent of people look at the entire video. When you tell a powerful story that strikes at people’s hearts, the length is not important — what is important is the story.

S+B: How do you find the balance between automating some functions and still being able to connect with people at a human level?
MARTÍNEZ: I believe that we have to use digitization and automation in those applications where they create value. But nothing is going to replace the empathy that we have as human beings and as leaders. Creativity, empathy with another human being, with the consumer — there’s no way that artificial intelligence or a robot can replace that. I believe that a combination of the two is what makes us stronger. Combining the capacity for empathy and [the knowledge of] how to apply those technologies will differentiate leaders of the future.

S+B: What is your main challenge as CEO of PepsiCo Foods Mexico?
MARTÍNEZ: The world around us is changing very quickly, and it’s precisely this speed of change that challenges me to keep the company competitive. For me, the challenge is to embrace the changeover to digital technology in order to transform company culture and face this new environment.