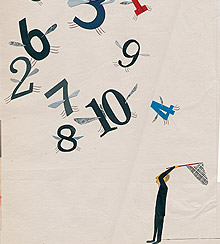 During their heyday in the late 19th and early 20th centuries, transatlantic cruise lines such as the Hamburg America Line and the White Star Line transported tens of millions of passengers between Europe and the United States. By the 1960s, however, their business was being threatened by the rise of a disruptive new enterprise, namely, nonstop transatlantic flights. As it happened, the cruise ship lines had one potential strategy with which to save their business: vacation cruises. Starting in the 1930s, some of these lines had sailed to the Caribbean during the winter, thus using their boats when rough seas made the Atlantic impassable. And in 1964, when a new port was opened in Miami, Fla., the pleasure cruise business began to boom.

But the great cruise lines missed this breakthrough opportunity. They saw their profitability fall while dozens of startups, including Royal Caribbean and Carnival, retrofitted existing ships to offer pleasure cruises and built an entirely new travel and leisure category that continues to grow today.

Managers and entrepreneurs walk past lucrative opportunities all the time, and later kick themselves when someone else exploits the strategy they overlooked. Why does this happen? It’s often because of the natural human tendency known to psychologists as confirmation bias: People tend to notice data that confirms their existing attitudes and beliefs, and ignore or discredit information that challenges them.

Although it is difficult to overcome confirmation bias, it is not impossible. Managers can increase their skill at spotting hidden opportunities by learning to pay attention to the subtle clues all around them. These are often contradictions, incongruities, and anomalies that don’t jibe with most of the prevailing assumptions about what should happen. Here is my own “top 10” field guide to clues for hidden breakthrough opportunities, observed in a wide variety of industries, countries, and markets. If you find yourself noticing one or more of them, a major opportunity for growth could be lurking behind it.

1. This product should already exist (but it doesn’t). As the accessories editor for Mademoiselle magazine in the early 1990s, Kate Brosnahan spotted a gap in the handbag market between functional bags that lacked style and extremely expensive but impractical designer bags from Hermès or Gucci. Brosnahan quit her job, and with her partner Andy Spade, founded Kate Spade LLC, which produced fabric handbags combining functionality and fashion. These attracted the attention of celebrities such as Gwyneth Paltrow and Julia Roberts. Many well-known product innovations — including the airplane, the mobile phone, and the tablet computer — began similarly, as products that people felt should already exist.

2. This customer experience doesn’t have to be time-consuming, arduous, expensive, or annoying (but it is). Consumer irritation is a reliable indicator of a potential opportunity, because people will typically pay to make it go away. Reed Hastings, for example, founded Netflix Inc. after receiving a US$40 late fee for a rented videocassette of Apollo 13 that he had misplaced. Charles Schwab created the largest low-cost brokerage house because he was fed up with paying the commissions of conventional stockbrokers. Scott Cook got the idea for Quicken after watching his wife grow frustrated tracking their finances by hand.

3. This resource could be worth something (but it is still priced low). Sometimes an asset is underpriced because only a few people recognize its potential. When a low-cost airline such as easyJet or Ryanair announces its intention to fly to a new airport, real estate investors often leap to buy vacation property nearby. They rightfully expect a jump in real estate values. Similarly, the founders of Infosys Technologies Ltd., India’s pioneering provider of outsourced information technology services, were among the first to recognize that Indian engineers, working for very low salaries, could provide great value to multinational clients. The company earned high profits on the spread between what they charged clients and what they paid local engineers.

4. This discovery must be good for something (but it’s not clear what that is). Researchers sometimes recognize that they have stumbled on a promising resource or technology without knowing the best uses for it right away. The resulting search for a problem to solve can lead to great profitability. One example was the founding of the ArthroCare Corporation, a $355 million producer of medical devices based on a process called coblation, which uses radio frequency energy to dissolve damaged tissue with minimal effect on surrounding parts of the body. Medical scientist Hira Thapliyal, who codiscovered this process, founded a company to offer it for cardiac surgery, but that market turned out to be too small and competitive to support a new venture. Undeterred, he looked for other potential uses, and found one in orthopedics, where there are more than 2 million arthroscopic surgeries per year.

5. This product or service should be everywhere (but it isn’t). Sometimes people chance upon an attractive business model that has failed to gain the widespread adoption it deserves. Two archetypal retail food stories illustrate this. In 1954, restaurant equipment salesman Ray Kroc visited the McDonald brothers’ hamburger stand in southern California, and convinced them to franchise their assembly-line approach to flipping burgers. In 1982, coffee machine manufacturing executive Howard Schultz visited a coffee bean producer called Starbucks in Seattle. He recognized the potential of a chain restaurant based on European coffee bars, and he joined Starbucks, hoping to convince the company’s leadership to convert their retail store to this format. When they didn’t, he started his own coffeehouse chain, later buying the Starbucks retail unit as the core of his new business.

6. Customers have adapted our product or service to new uses (but not with our support). Chinese appliance maker Haier Group discovered that customers in one rural province used its clothes washing machines to clean vegetables. Hearing this, a product manager spotted an opportunity. She had company engineers install wider drain pipes and coarser filters that wouldn’t clog with vegetable peels, and then added pictures of local produce and instructions on how to wash vegetables safely. This innovation, along with others including a washing machine designed to make goat’s-milk cheese, helped Haier win share in China’s rural provinces, while avoiding the cutthroat price wars that plagued the country’s appliance industry.

7. Customers shouldn’t want this product (but they do). When Honda Motor Company entered the U.S. motorcycle market in the late 1950s, it expected to sell large motorcycles to leather-clad bikers. Despite a concerted effort, the company managed to sell fewer than 60 of its large bikes each month, far short of its monthly sales goal of 1,000 units. Then a mechanical failure forced the company to recall these models. In desperation, it promoted its smaller 50cc motorbike, the Cub, which Honda executives had assumed would not interest the U.S. market. When the smaller bikes sold well, Honda realized it had discovered an untapped segment looking for two-wheel motorized transportation. (The campaign is still remembered for its catchphrase, “You meet the nicest people on a Honda.”)

8. Customers have discovered a product (but not the one we offered). Joint Juice, a roughly $2 million company that produces an easy-to-digest glucosamine liquid, was founded by Kevin Stone, a prominent San Francisco orthopedic surgeon. He learned about the nutrient from some of his patients, who took it for joint pain instead of the ibuprofen he had prescribed. Many doctors might have ignored this or even scolded their patients for falling prey to fads, but Stone recognized he might be missing something. He looked up the clinical research on glucosamine in Europe, where it was the leading nutritional supplement. (Veterinarians, he discovered, swore by it, and their patients fell for neither fads nor placebos.) Then he built a business around it.

9. This product or service is thriving elsewhere (but no one offers it here). In the early 1990s, a Swedish business student named Carl August Svensen-Ameln tried to store some of his belongings in Sweden while at school in Seattle, but found that all the local self-storage facilities were full. He studied the storage industry, already prevalent in the United States, and discovered a business model characterized by high rents, low turnover, and negligible operating costs. Yet self-storage, at the time, was virtually nonexistent in continental Europe. Svensen-Ameln and a friend from business school set up a partnership with an established U.S. company, Shurgard Storage Centers Inc. The resulting company, European Mini-Storage S.A., was the first of several such companies that Svensen-Ameln started in Europe, to great success.

10. That new product or service shouldn’t make much money (but it does). Established competitors are often surprised when upstart rivals do well. In his 2008 book, The Partnership: The Making of Goldman Sachs (Penguin Press), Charles D. Ellis noted that for decades, Goldman Sachs partners had avoided investment management, which they believed generated lower fees than trading and investment banking. When Donaldson, Lufkin & Jenrette Inc. published its financial performance as part of a 1970 stock offering, Goldman partners were startled to learn that fees and brokerage commissions on frequent trades added up to a highly profitable business. Shortly thereafter, Goldman expanded into managing corporate pension funds, and aggressively built its business.

Incongruities like these can offer a critical clue about where your assumptions no longer match reality. From there, you are more likely to uncover the kinds of opportunities that you might otherwise have missed — and that your competitors still don’t recognize. Start by asking yourself, What are the most unexpected things happening in our business right now? Which competitors are doing better than expected? Which customers are behaving in ways we hadn’t anticipated? Take yourself through the list of top 10 clues. Leaders who consistently notice and explore anomalies increase the odds of spotting emerging opportunities before their rivals.

Topics: trade, research, pricing, technology, design
Get s+b's award-winning newsletter delivered to your inbox. Sign up No, thanks