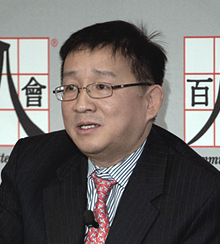 China’s burgeoning middle class has been a powerful source of political, social, and economic stability, and its growing demand has provided a foundation for the country’s transformation from an export-driven economy to one that is led by consumption. But pressures on the Chinese middle class are increasing as well: Inflation is rising, a property bubble keeps young families from buying real estate, and a large number of college graduates are unable to find jobs.

All this is putting enormous pressure on China’s leadership, says Cheng Li, a political scientist from Shanghai who is director of research at the Brookings Institution’s John L. Thornton China Center. In China’s Emerging Middle Class: Beyond Economic Transformation (Brookings Institution Press, 2010), Li argues that what affects the Chinese middle class challenges not only China’s leaders, but also the future of the entire world. Li was in New York in May to speak at a conference organized by the Committee of 100, a nonprofit focusing on U.S.-China relations. In a follow-up discussion with strategy+business, he described the global implications of a strengthened Chinese middle class and the potential for change as it continues to grow and seek greater reform.

S+B: Can the world’s resources handle 1.3 billion increasingly active Chinese consumers?
LI: The rise of the Chinese middle class is a mixed blessing. As China transitions from an export-led economy to a consumption-led economy, the global environmental and ecological implications will be overwhelming. But I think the Chinese government should avoid [encouraging] today’s progress at tomorrow’s expense. For example, if China continues to adopt a model in which every family owns a car, it would be a huge [environmental and infrastructure] disaster for the country, with repercussions for already strained resources that could be felt around the world.

At the same time, in the transition to a domestic demand–driven economy, the middle class is essential: their consumption, their need for a service sector. This is what made the United States such a strong economy. It is a necessity for further growth. So it’s really a paradox in many ways. We should avoid the [highly polluting] 19th-century or early-20th-century model of economic growth, and we should be environmentally and ecologically sensitive. Meanwhile, domestic demand is part of the solution for stimulating the economy in China, and will also create a more balanced U.S.–China trade relationship. India and Indonesia will face similar challenges. In fact, of the world’s five largest middle-class markets, four will be in Asia by 2035: India, China, Japan, and Indonesia.

We should also put this transition in perspective. With or without the rise of the middle class, China faces serious demographic challenges, namely, urbanization, or internal migration. According to various studies by Chinese and foreign experts, between today and 2025, about 250 million Chinese will move from rural areas to urban areas, and already about 200 million people have moved during the past two or three decades. This is the largest migration and urbanization process in human history. If a person moves from a rural area to an urban area, that person’s need for water will increase by 28 times, largely just because of taking showers. China already has a water shortage; how could it afford that?

S+B: What are the primary challenges affecting the middle class?
LI: China faces several serious economic challenges, such as inflation and major structural changes in the economy. Another is the property bubble. Chinese government statistics say that 86 percent of the middle class own housing units, but that’s misleading because it refers to current families. For new families — recent college graduates and other young workers — it’s very difficult. In major cities, mathematically it’s incredible; real estate is more expensive than in San Francisco or Hawaii, but Chinese income is low. People in China joke that they had to start saving to buy a home in the Tang Dynasty.

If the property bubble bursts, it will directly hurt millions of middle-class Chinese, and the economic growth chain will be broken. Chinese leaders acknowledge that, but the bubble still cannot be controlled. They proposed a new property tax on the middle class. The middle class will probably revolt politically if that happens. This dilemma is really destabilizing for China’s sociopolitical situation. If you do not have a tax, the property bubble will probably continue to grow. But if you tax, you will hurt the middle class. It’s a difficult policy choice.

Another important challenge is unemployment. In the last few years, about 20 to 30 percent of China’s 6.6 million college graduates have not been able to find jobs. Of today’s middle class, 70 percent had parents who were farmers, and for around 55 percent of middle-class Chinese, their first job was as a farmer or manual laborer. This has been a story of upward social mobility. But now [without economic reform and increasing upward mobility], the middle class will shrink.

S+B: What effect could this have on the political system?
LI: The middle class wants to have freedom of the press, but China has severe censorship. Also, China is now moving toward greater innovation. For innovation to take hold, you need to have a spirit of freedom, but in China this is lacking. Civil society in the U.S. can share the burden of governance with the government and other interest groups, but the government in China has repressive policies toward NGOs, domestic and foreign. So fundamental change is needed in the political arena.

I don’t mean that China should adopt some kind of foreign model of democracy. Chinese democracy will have its own characteristics, like Indian democracy, Japanese democracy, and Brazilian democracy. But some fundamental elements, such as regular elections, rule of law, and a certain degree of openness and freedom, are necessities in any democracy. When you have a middle class, political change is inevitable.

Look at what happened in other Asian countries, such as South Korea and Indonesia — you see similar development. In the early stage, the middle class sides with an authoritarian regime because they want to maintain social stability. The government makes favorable policies to support the emerging middle class. That takes two or three decades of growth. Then, yesterday’s allies can become today’s rivals. Remember that the middle class is not a monolithic group. They divide. As financial power increases, they form different interest groups.

S+B: What should Western executives keep in mind as this transition continues to unfold?
LI: This is a tremendous opportunity. We’ve already seen China become the number one market in automobiles, and the number two market in luxury goods. The middle-class lifestyle is wonderful news for foreign companies. But they have to really look at the Chinese market. Last year, the top two fastest-growing areas of consumption in China were surprising. Number one was religious tourism, because China never had this tradition before. The second-largest was pet care products. The service sector, including healthcare, consulting, and environmental products for the Chinese market, has many opportunities for growth. But the market always presents some difficulties — including China’s lack of legal systems and intellectual property rights.

China’s current leadership transition will take two years to complete. The 18th Party Congress will be held in the fall of 2012, but the government transition will be completed in the spring of 2013 with the National People’s Congress. After that, the new leadership will be consolidating power. That period could be quite tough. How it unfolds could have implications for global economic development. But China will not collapse, as some have predicted. Its development will not be linear — there will be ups and downs. It’s dangerous to think that everything is good. But if you think everything is bad, you will miss opportunities.