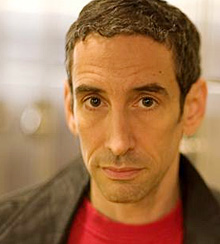 The “always on” nature of our society has generated a variety of warnings about the dangers of staying connected all the time. (We’ve published some warnings ourselves. See, for example, “The Offline Executive,” by Henry Mintzberg and Peter Todd, s+b, Winter 2012.) One of the most interesting comes from social theorist Douglas Rushkoff, in his new book, Present Shock: When Everything Happens Now (Current, 2013). According to Rushkoff, the real issue is the pervasive immediacy of the digital world and its effect on the way people experience time.

Events no longer unfold into patterns that people can perceive naturally; instead, looking for patterns becomes a constant preoccupation, because the old, patient cues of story and structure are gone. Human institutions haven’t yet caught up to the nature of this new world, resulting in (among other things) a widening gap between the way business is traditionally done and the way people actually engage with brands, products, and one another.

Rushkoff has spent his career thinking and writing about the influence of technology on how we work and live. He now believes that we are witnessing an evolution as meaningful as the transition from feudalism to the Industrial Age. Those companies that adapt, he says, will be the winners in the digital economy. Rushkoff sat down with strategy+business to discuss this transition, its historical context, and how businesses can respond.

S+B: The key message of Present Shock is that digital technology changes people’s perception of time, and that changes everything else. How does this happen?
RUSHKOFF: When I was a kid, I had a simple analog alarm clock. The second hand swept slowly through each minute, suggesting a real beginning, middle, and end to every minute. When my dad replaced that clock with a digital one, my perception of time suddenly changed. A minute just stood there, poised at 9:01. Or 9:02. Each minute was less some portion of an hour than it was a discrete pulse.

Likewise, innovations from call waiting to the remote control to the DVR have given us the ability to break into conversations, change channels, or fast-forward through stories. This challenges our sense of continuity as well as our dependence on linear stories to create meaning.

Present shock is my term for our panicked reaction to these circumstances, and our inability to seize the opportunity they engender. When I first encountered the Internet, for example, I thought digital technology would make more time for us—not less. Unlike a ringing phone, email just sat there in the inbox until I was ready for it. I answered email in my own time, crafting the most brilliant responses I could. And most of us sounded smarter on the Internet than we did in real life!

S+B: But that’s not what happened.
RUSHKOFF: Instead of using digital technology to make more time for ourselves, we did the reverse. We saw technology as the new growth industry—as a way to extend the obsolete practices of the Industrial Age. Even though we had exhausted the world’s physical territories (there was no more room for colonial expansion), we now had a new territory: human attention. And so we strapped our devices to ourselves, having them ping us every time there was an update or message. We ended up in a state of perpetual emergency interruption.

Likewise, our businesses end up reactive rather than proactive—doing crisis management because they haven’t found a replacement for long-term thinking. On a deeper level, I believe this is because we aren’t recognizing the opportunity of the new temporal landscape. It’s bigger than analog versus digital clocks. It’s ultimately an economic shift.

The Industrial Age itself was based on a new relationship with time. Instead of paying people for the things they produced, we began to pay people for their time. The Industrial Age also brought a new kind of time-based money. In order to transact, merchants and companies needed to borrow coin, and then pay it back with interest. In a sense, it is money with a built-in clock. The business values of the Industrial Age became efficiency and growth, at the cost of most everything else. As the expression goes, time is money.

S+B: What’s wrong with that?
RUSHKOFF: Well, it just doesn’t work anymore. The economic operating system we’re using was devised in the 12th century, for purposes that may not be so relevant or appropriate today. An interest-based economy must pay back more money to the banks than was borrowed. Where does the additional money come from? Growth. This works well enough when there are new territories to conquer, but once that runs out, businesses must find other paths to growth.

At the end of the 20th century, many businesses came to realize that they couldn’t get any more efficient at making things, and that consumers couldn’t be pushed to consume any more. But these companies still had a growth mandate, and they had shareholders to satisfy. So many of them, GE for example, became more like pure financial institutions. They went into capital leasing and banking services. Since Industrial Age money was designed to favor the lender, not the innovator or the producer, why not become a lender, too?

Even today, we see many great companies—for example, Apple—sitting on massive stores of cash that they don’t know how to utilize.

S+B: And the digital economy can solve this problem?
RUSHKOFF:Yes, but only if we change how we think about the digital economy. So far, for most investors and financial firms, the digital economy means ultra-fast trading and increasingly abstracted financial instruments. This is just another version of strapping the cell phone to one’s body and becoming an “always on” slave to technology, instead of using digital technology to transcend the Industrial Age model.

This abstracted activity—Industrial Age economics on steroids—is so highly compressed and leveraged that it can accomplish in seconds what it takes a real stock exchange six months to accomplish. And although Wall Street might be bigger than the “real” economy, the derivatives exchange is now bigger than the stock exchange. A derivatives market, the IntercontinentalExchange, actually purchased the New York Stock Exchange. That was a watershed moment, and evidence of the failure of the time-based economy to create value in any real way. We’re using digital technology to amp up economic activity, not to innovate real-world transactions or to foster new value creation. That is present shock, rather than a genuine embrace of the opportunity of the present.

S+B: What’s the alternative?
RUSHKOFF: Rather than assuming that interest-bearing central currency and top-down bank investment are the only ways to grow an economy, we can begin to explore and retrieve some of the mechanisms we abandoned with the Industrial Revolution, and reinvent them through digital technology.

I’m suggesting we encourage a real-time economy, dedicated less to the storage and centralization of value than to transaction and exchange. We should focus less on capital accumulation over time and more on the velocity of money in the present. You can see the beginning of such approaches in alternative currencies, “favor exchanges” online (through which people can exchange goods and services), community-supported agriculture, and craft exchanges. Yes, it looks pretty crunchy for the moment—more like Burning Man than our economic future—but this is really just the beginning of a shift that will likely take a century to be fully realized.

People already use digital technology to transact directly. Consider Etsy.com: Its users can create value themselves, at home, and then sell directly to consumers. And many Etsy users are asking themselves, “Why do I have to use PayPal or even U.S. currency? What if I use Bitcoin?”

Meanwhile, the future of digital investing isn’t in online trading, but in crowdfunding sites like Indiegogo and Kickstarter. People can start enterprises by matching supply and demand in real time. No bank loan, no debt structure, no growth imperative.

S+B: How should an existing business adapt its operating model to take advantage of the opportunities?
RUSHKOFF: First, they must change their communications. In what I’m calling a “presentist” landscape, businesses can’t rely on brand mythologies anymore. People don’t care about these fictional stories—Keebler elves and the like. They want to know how products are actually being made and sourced.

This means companies need something to communicate about. So they must focus on creating value—on innovations in their goods and services. The hockey-stick growth chart can no longer be the goal. Instead, as businesses get off the Industrial Age clock, they can begin to re-engage with the underlying rhythms of their markets. The real world has ebbs and flows, cycles that can be learned and worked with.

Ironically, financial institutions could be having the easiest time, because they can help usher in this transition. Not too long from now, if people ask a bank for a US$100,000 loan [because they are] looking to expand a business, the bank might provide $50,000—but then help them raise the rest of the money directly from the community with tools like branded discount cards. The bank gets collateral in the form of local buy-in. They improve the local economy, and their own business prospects, by promoting the local velocity of money instead of simply extracting value. And they’re regarded as heroes who have enabled the community to invest in itself.

These are going to be interesting times ahead for business. My advice? Don’t change too rapidly. Understand your tradition. Invest in your institutional memory. Most of all, take advantage of the relative scarcity of your competence—if you can hold on to it. Where are people going to buy their washing machines? From the few remaining companies that have not evolved out of the Industrial Age, that can still make and deliver products. Your goal should be to be one of those few.

Topics: banking, brand, communication, economics, technology
Get s+b's award-winning newsletter delivered to your inbox. Sign up No, thanks