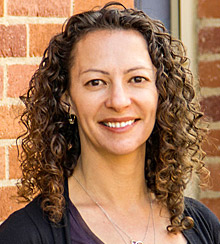 You have a spot to fill on a team that’s going to be working together for several months on a high-profile assignment. Two qualified candidates come to mind. One is bright and gregarious—she radiates energy and is well liked around the office. The other is quiet and nervous. He has a reputation for being obsessive and can be off-putting. It’s a no-brainer, right? The extrovert will shine, the neurotic will shrink.

That’s the advice offered by Corinne Bendersky, associate professor of management and organizations at UCLA’s Anderson School of Management. Her research with Neha Shah of Rutgers Business School shows that the assumptions people make about how much value colleagues with different personality types will bring to a group are usually wrong.

The study is part of an evolving body of work by Bendersky, who joined Anderson after earning her Ph.D. from MIT’s Sloan School of Management in 2002, on how people change their positions in the social hierarchies of their teams. But this time, instead of focusing on what people do to manage others’ impressions of them, Bendersky considered how status changes are driven by the perceptions of an individual’s peers. She studied the influence of personality type on these perceptions, with a focus on the two dimensions of the Big Five traits that previous research has shown are most strongly associated with status in groups: extroversion and neuroticism (she controlled for the other traits, which are agreeableness, conscientiousness, and openness to experience). As interdependent work unfolds, she finds, extroverts lose stature and neurotics gain stature. In an interview with strategy+business, Bendersky, an avid tango and salsa dancer who describes herself as not too neurotic, explains this evolution—and why it means that we should give that hyperanxious colleague another look.

S+B: When most of us hear that someone is an “extrovert” or a “neurotic,” we get a clear picture in our minds.
BENDERSKY: People have pretty standard expectations for how extroverts and neurotics are going to behave in the workplace, based on lay theories about each personality type. Extroverts are charismatic, engaging, and energizing. Neurotics are withdrawn and anxious, maybe even a little negative or volatile.

On the one hand, if we’re told that we have a coworker with an extroverted personality—and we don’t know much else about him—our expectations are positive. We assume that his energy and charisma will make him a strong collaborator and contributor to the group, and we assign that person high value and high status. On the other hand, our expectations of a neurotic colleague (again, absent any other information) are negative. We assume her anxiety and negativity will be disruptive, resulting in weak contributions to the group, and we assign her low value and low status.

S+B: How did you test those assumptions?
BENDERSKY: My research collaborator, Neha Shah, and I conducted two studies to compare perception and reality. In the first, we observed MBA students working together in groups for a 10-week semester. At the outset, we measured the students’ personalities. We then surveyed the students’ perceptions of status in the group held by each of their teammates, and what they expected them to contribute. After the semester ended, we asked for their perceptions again—tracking the changes in people’s feelings about their teammates’ status and contribution and comparing that data with the personality assessments their teammates had completed.

Because we didn’t look at the participants’ actual behavior in that first study, only people’s perception of their behavior, we conducted a follow-up experiment. We created a scenario in which we told participants to imagine they had asked a colleague, “John,” to help them with an urgent deadline that they were struggling to meet. And then we described John’s personality as being at the extreme of either dimension, so extroverted or its opposite, introverted, or neurotic or its opposite, emotionally stable. Participants indicated their expectations for John based on the initial description of his personality. His “reply” to their request was either helpful or not helpful, and the participants evaluated him again after receiving one or the other response.

S+B: What did you find? What happens when people actually start to work together?
BENDERSKY: What we learned, both through observing real teams and through manipulations in a lab, is that in the absence of other information, personality sets expectations. But as we work together, the actual interactive experiences enable us to make informed status assessments. The influence of an individual’s personality weakens and become much less relevant.

It turns out that behaviors associated with a strongly extroverted personality don’t make extroverts particularly good collaborators. In groups, extroverts like to be the center of attention. They are not known for being good listeners. They don’t typically solicit and integrate other people’s input and suggestions. They also may be prone to exaggerating their contribution or even taking credit for other people’s work. They’re motivated to benefit themselves more than the group. So, not only are they not necessarily contributing much value, but they may be engaging in self-aggrandizing behaviors. As the group works together, peers recognize this behavior, and frankly, it’s annoying.

People who are more neurotic, however, are very anxious about their social relationships. In particular, they’re anxious not to disappoint people, and they’re motivated in social contexts like interdependent teams to work very hard, to persist at their task, and to be well prepared. They are driven to put in a great deal of time and effort on behalf of the group’s goals.

As a result, more extroverted colleagues fail to live up to the high expectations that their colleagues have for them, and their peers’ valuations of them drop. The opposite is true for neurotics. People have very low initial expectations of neurotics, but are impressed by their experiences working with them. Because the neurotics perform better and contribute more than people initially expect, the esteem and value of the more neurotic colleagues rise over time. Interestingly, in our lab experiment, the effects of the different personality manipulations didn’t vary by whether “John” was helpful or not: Extrovert John was rewarded less for his helpfulness and punished more for his unhelpfulness than was introvert John, neurotic John, and so on. And whether he helped or not, perceptions of neurotic John improved.

S+B: So contrary to common perception, neurotics make great teammates.
BENDERSKY: Part of why I like this research so much is there is a little bit of an underdog story here. We underestimate the potential contributions of our neurotic colleagues. But our anxious, withdrawn colleagues will surprise and impress us. The data is really unambiguous: Neurotics are getting a bad shake. Neurotics have significant upside potential when they go into a group setting, and if they embrace and even build on their natural personality-based inclinations to put a lot of effort into a group task, they’re very likely to reap the social benefits. If they feel like they’re being underappreciated at the outset, they can feel confident that by being themselves, they’re going to be rewarded in the end.

“It’s an underdog story. We underestimate the potential contributions of our neurotic colleagues.”

Extroverts, meanwhile, have to go above and beyond to prove their value to the group. Of course, we can all learn to behave in ways that are more sophisticated or more thoughtful or more conscientious than our default. It’s a matter of stepping outside your comfort zone. If there’s awareness on the part of an extrovert that his behavioral inclinations may potentially be disruptive or lead him to be less appreciated, he can learn to moderate some of his behaviors to sustain the high initial positive perceptions of his teammates. But the point here is that extroverts have to work at it to prevent their status from dropping, whereas neurotics’ status will rise if they just behave in a way that is normal for them.

But managers need to be aware of what their intuition is telling them when they are designing teams to do interdependent work. Their intuition suggests that more extroverts and fewer (or, in extreme cases, no) neurotics is optimal for achieving good outcomes. We now know that that just isn’t true. Of course, that doesn’t mean there should be no extroverts on teams or that you should stack teams with really neurotic people. What you want is to have a mix of personalities, just as you would want diversity in other dimensions of your team.

“Intuition suggests that a team with more extroverts and fewer neurotics is optimal. That’s not true.”

S+B: How can managers use your findings to set people up for success?
BENDERSKY: Managers should think about the environment in which people will add the most value. I think it’s quite likely that extroverts would do better in individual contributor roles, and especially in client-facing roles, whereas neurotics would probably do better working in teams. And that goes against some of the norms in terms of the allocation of human resources. The typical thinking is, well, this extroverted person with the bright, energetic personality, let’s put her on the team. And this neurotic person is going to be really disruptive, let’s put him in a back-office, individual contributor role.

We know that extroverted people are motivated by their own recognition and rewards and not the collective good. Therefore, if they’re in a position where they can work hard and personally reap the rewards of their achievements, that’s probably going to be a better fit than putting them in a team context where they’re either absorbing a lot of resources and attention or claiming a lot of the success for themselves. And more neurotic employees will give their all to their team, which is a win-win: a better end result for the team’s project, and recognition among colleagues and leaders of the neurotics’ true abilities and value.