What effect does an employment contract have on a CEO’s investment strategies and performance? It’s a question that has long been debated, and many previous studies have focused on the deleterious effects of so-called golden parachutes, the guaranteed payments that departing CEOs receive when their firm is taken over. This paper, however, looks at the other side of the coin, examining how the contracts that apply to acquiring CEOs affect those CEOs’ decisions. And contrary to the conventional wisdom, which regards CEO contracts with some skepticism, the author finds that shareholders of acquiring companies win big in deals pursued by entrenched, incentivized corporate leaders.

A typical contract spells out the CEO’s responsibilities, terms of employment, compensation, and potential severance package. These formal agreements protect CEOs by fixing their minimum annual salary and bonus, and making it more costly for them to be fired. Even when underperforming CEOs are let go, they have more bargaining power over the terms of their exit if they have a contract. As a result, some shareholder activists have condemned such contracts as “payment for failure.”

And yet the number of contracts doled out to chief executives has been on the rise: The share of CEOs with contracts at S&P 500 firms rose from 29 percent in 1990 to 50 percent in 2005, the end point of this study. Advocates of the approach argue that the contracts benefit shareholders by helping firms hire and retain executive talent, providing a safeguard against opportunistic boards, and removing uncertainty about the termination process. Anecdotal evidence has also suggested that contracts can encourage managers to make value-enhancing decisions that they might otherwise eschew because of the risk involved, the author writes.

In light of the controversy, this paper examines CEO contracts and their provisions through the lens of mergers and acquisitions—one of the most important and high-profile corporate investments. Unlike internal R&D efforts or capital expenditures, M&A deals have a huge and observable impact on the acquiring firm’s value, the author notes. These deals are also often shrouded in uncertainty and require tough choices from corporate leaders, providing an optimal setting to explore whether contracts help align CEOs with shareholders’ interests.

Combining several databases, the author began by collecting contract information for all CEOs in office at an S&P 500 firm from 1993—one year after the SEC first required disclosure of contracts—through 2005. The sample period ended in 2005 so that the author could analyze several post-acquisition years and measure the firms’ long-run performance. The author controlled for a wide range of factors, including industry volatility and board characteristics. Deals in the sample were valued at an average of US$3.3 billion, and the acquirers all owned 100 percent of the target’s shares once the transactions were completed. The final sample consisted of 577 M&A deals made by 344 CEOs at 278 companies, with slightly more than half of the transactions having been initiated by CEOs who had a contract.

It turned out that the M&A moves of contracted CEOs proved decidedly more lucrative, the study found. Acquiring firms whose CEO had a contract outperformed companies with an at-will CEO by 1.3 percent, on average, in the three-day window surrounding the announcement of the deal. That’s worth about $183 million in shareholder gains for the average-sized acquiring firm. Bidding firms with contracted CEOs also paid lower premiums to acquire their targets, saving about $317 million, on average, for their shareholders. And the benefits from these deals weren’t short-lived, either—as a group, companies with contracted CEOs had a better long-run performance following the acquisitions.

One of the reasons these transactions paid off was that the managers’ job security appeared to push them to make riskier deals. Specifically, contracted CEOs were more attracted to targets with volatile stock returns, a recent history of underperformance, and obvious opportunities for growth. The nature of the contract also came into play. CEOs with fixed-term contracts or longer contract durations, long-term equity incentives in their annual compensation, and triggers in their severance package that accelerated stock and option vesting were all more likely to pull off more profitable acquisitions.

Overall, the analysis counters some of the widespread skepticism about the contracts. “The evidence suggests,” the author writes, “that CEO contracts, rather than sheltering inferior managers from discipline, actually help align CEO interests with shareholders, alleviate managerial risk aversion, and encourage risky value-enhancing acquisitions.”

Bottom Line:
This study of CEOs at S&P 500 firms finds that those with a contract pull off riskier but more valuable acquisitions, undercutting the concern that job security encourages leaders to pursue safer bets or personal agendas. Instead, by protecting managers against the cost of failure, contracts appear to reduce CEOs’ risk aversion and cause them to create more value for shareholders through their acquisitions. 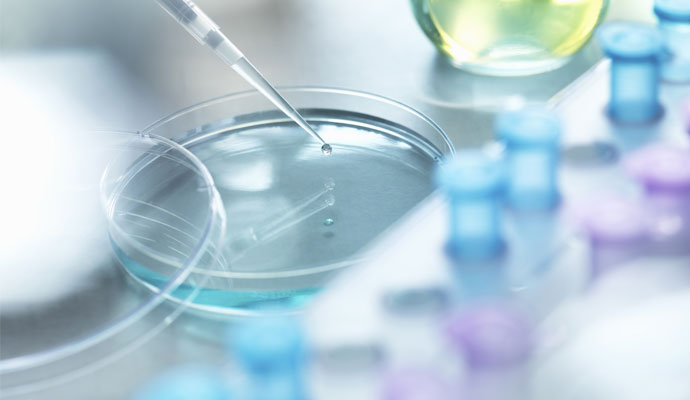 Innovation resilience during the pandemic—and beyond
The 2021 Global Innovation Index reveals that R&D investment and related innovation activities have remained robust throughout the crisis.
by Soumitra Dutta

What did we learn from COP26? Consider the three Ms
The just-concluded Glasgow climate-change conference delivered a flood of messaging. Here’s a way to make sense of it.
by Daniel Gross
Digital issue