Justin started his career with a large commercial bank. He liked the environment and he was doing well, but he also had ideas that he believed could dramatically increase the profitability of the bank’s legacy systems. These ideas received only lukewarm reception from senior executives at his firm, so he decided to leave and launch his own company, an electronic marketplace for trading financial instruments. It was such a success that within a few years it was bought by a large integrated financial institution, which offered Justin a senior position.

Once again, Justin was back in the ranks of a financial giant. This time, given the circumstances, he was sure he would have recognition, support, and control over the platform he had created. But after the deal was finalized, Justin was placed in a managerial role, with no direct control over that platform. That was frustrating, but nothing compared to the fury Justin felt when the company announced that it was developing the next generation of the same electronic marketplace — and put someone else in charge. The new leader, who was known as a high performer and a fast-track leader, consulted Justin. But none of Justin’s most important suggestions made their way into the project plan.

Soon Justin realized what the project leader didn’t: The new platform’s design prevented it from reaching its optimum value and scale. He asked to be reassigned to the project, without success. By this time, his contractual obligations to the bank had expired and he decided to leave and pursue his next business idea on his own. The next-generation platform, as far as we know, never got off the ground, and Justin, meanwhile, is onto another venture. Lost is any profit that the financial institution might have made on its investment.

Justin’s experience is common among many entrepreneurially minded professionals working inside established companies. Their greatest strengths — the ability to imagine new business possibilities and make them real — are not consistently recognized, valued, or utilized by their employer. These individuals represent a type of enterprise leader we call producers. They are the people who can conceive new business ideas, and bring together the disparate business designs, resources, and talent to make that idea successful in the market. Producers work in tandem with performers, those skilled at operating and optimizing within known, established systems. Performers excel at jobs that involve scaling an established business, replicating an existing model for a new product or in a new geography, or extending an established business into an adjacent arena.

Companies need both types of leaders, but there are far fewer pure producers than there are performers. Although companies should not waste their producers, they often do, either by putting them in jobs that can be done by a performer or by ignoring them and putting them on the sidelines.

This issue is critical for any leader who cares about talent recruitment and retention. That’s a sizeable group of people; it includes 75 percent of the respondents to PwC’s 2014 Global CEO Survey. In that same survey, more than 30 percent of respondents said they did not pursue a business opportunity in the previous year because they believed they didn’t have the people to run it. But the experience of Justin shows that, in many cases, the talent companies need is there. Companies fail to develop the new offerings that they might because they aren’t attuned to the value that producers can bring them.

Companies aren’t attuned to the value that producers can bring them.

You need a producer at the helm of a project to create a brand-new business or to reinvent an established business in the throes of disruption (which happens increasingly often these days). New business models, payment structures, delivery mechanisms, technological innovation, regulation, and nontraditional competition can all create the need for a company to completely rethink how it serves its customers — both the ones it has today and the ones it wants in the future. Launching the new and reinventing the old are a producer’s tasks.

Know the people you have, and know what you want them to do. Together, these insights increase your ability to hold onto your talent and get the most from them. 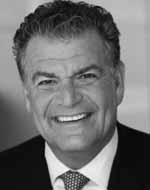