Back in the 1980s, the eminent quality expert W. Edwards Deming was invited by the chief executive of a major American auto company to give a luncheon talk about quality at a retreat for the company’s corporate senior staff. This was during the era when Japanese carmakers had humbled their American rivals by producing durable, small automobiles. In U.S. manufacturing centers such as Detroit, it was sinking in that the Japanese knew something important that the Americans had overlooked: a basic set of practices for continuous improvement. Dr. Deming (as just about everyone called him) was one of the key figures teaching this body of theory and practices — which later would come to be known as lean production — first in Japan and then back in the U.S.

It was tempting to think of Deming as just another execution guy. His background was in statistical process control, and he was very comfortable on the shop floor. But his subject was the nexus point between strategy and execution, and he believed that the caliber of a company’s operations should affect its leaders’ business decisions. Unless a company could combine strategy and execution in a meaningful way, it would be vulnerable to upstart competitors who did.

That message was impossible to ignore, at least for industries beset with unprecedented competition. So here Deming was onstage: an 82-year-old, 6’2”, booming-voiced, Yoda-faced oracular presence. The CEO introduced him, said he was a great man, and directed everyone to pay close attention. He promised to rejoin them after lunch, as he had done with so many guest speakers in the past. But as the CEO walked offstage, he felt Deming's presence looming behind him. He turned and asked, “Where are you going?”

“Where are you going?” Deming said. “If this isn't important for you, it's not important for me.” The CEO returned to the stage and cancelled his other meetings.

That, for me, is a quintessential story of strategic leadership. You can’t separate strategy and execution, not if you want a company that consistently produces great products and services. You have to have people who fully understand both perspectives, and if that’s not important enough for the CEO — if the CEO isn’t prepared to dive in to the minutiae of the enterprise — then the company is probably not going to thrive.

We’ve done a lot of research — at PwC and especially at its strategic consulting group, Strategy& — about the practice of strategy through execution. We’ve often heard about a leadership trait called ambidexterity, sometimes referred to as being bilingual or having “helicopter quality.” In their article “10 Principles of Strategy through Execution,” Ivan de Souza, Richard Kauffeld, and David van Oss describe it as the ability to “think about the technical and operational details of a project in depth and then, without missing a beat, consider its broader ramifications for the industry.” When Strategy That Works authors Paul Leinwand and Cesare Mainardi talk about “translating the strategic into the everyday,” they’re describing this ability as well.

People with this kind of ability tend to be extraordinarily capable leaders. Undoubtedly you’ve known some of them. And that’s why I’m writing this blog post: We want to interview some people who have this quality, and I’m hoping you can help us identify some candidates.

We know they’re rare — or perceived to be rare. In a survey of more than 700 executives across a variety of industries around the world, we asked respondents to rate the effectiveness of their top leaders at strategy (defined as “answering fundamental questions that would lead to long-term success”) and execution (defined as “keeping the company on track in executing the strategy”). Most top executives are perceived as being good at one or the other, but only 8 percent of leaders were deemed very effective at both.

So we need your help. strategy+business is working with a group of researchers at Strategy& and PwC who are interested in interviewing people with this ambidextrous quality. These could be executives and managers at all levels, in any company (but especially in large companies) who have demonstrated the ability to generate long-term success on both dimensions. Do you know a leader gifted at strategy through execution? Is there an enterprise you admire for having a great value proposition and excelling at delivering on it? Please do let us know by completing a brief survey. (The survey has now closed. Thank you for your participation.)

Do you know a leader gifted at strategy through execution?

With this survey, you’ll be contributing to the development of knowledge about the ever-changing nature of management. Perhaps the story of Deming and the CEO will move you the way it’s always moved me: Whenever I feel tempted to walk away from learning something outside my comfort zone, I try to remember to stop, turn around, and go back to listen.

For that CEO was Ford Motor Company president Donald E. Petersen, known still as the top executive who promoted the company’s return to quality manufacturing in the 1980s. That’s the kind of turnaround that isn’t possible unless the person leading it truly understands both strategy and execution. We’d like to know who you know, who has that quality — and ultimately, how we can learn from their examples.

The survey has now closed. Thank you for your participation. 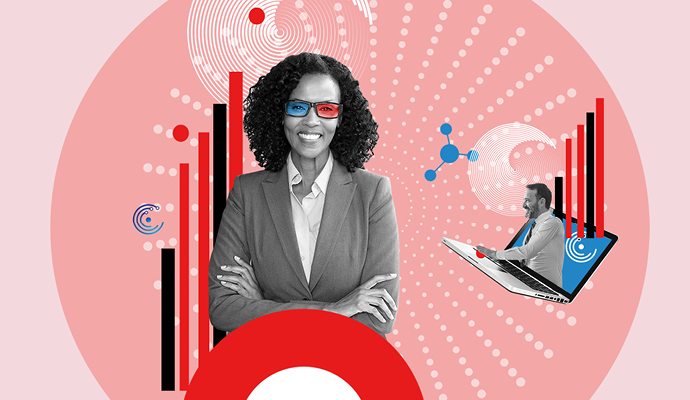 Mastering the connection between strategy and culture
Business leaders often are tempted to focus on strategy over culture. But the strongest companies take four key actions that deliver the best of both.
by David Lancefield

Five ways to avoid the pitfalls of binary decisions
Before you decide, check how the question is framed to ensure you have all the information you need and have considered all your options.
by Eric J. McNulty
Digital issue