What makes a great city tick? What draws people within its borders and encourages them to set down roots? When we imagine great cities, we may think about power and size. But neither defines relative success. So-called alpha cities with long legacies of wealth (such as London and New York) typically dominate the economic landscape or wield outsize social and cultural clout. But “beta” cities (such as Chicago, San Francisco, Stockholm, Sydney, and Toronto) hold their own in economic success and quality of life when compared through normalized lenses that account for per-capita education, quality of housing, education, and other factors. Balanced strengths come into view when the playing field is leveled.

Creating this leveled playing field, to ultimately understand the elements that make cities work, is what we’ve set out to do over the past six years with PwC’s Cities of Opportunity project. Initially conceived after the 9/11 attacks in New York to examine how other cities had successfully transcended traumatic events, the study has evolved to include many global and regional centers of finance, commerce, and culture. We’ve expanded and refined our quantitative metrics—investigating urban economics, employment, and demographics—and sought qualitative insight from urban leaders and thinkers. The results “score” cities based on a series of 10 indicators, including intellectual capital and innovation, where socioeconomic advancement is based on intellectual advancement; technology readiness; and economic clout; among others. Each indicator tracks its own mini-system—the economy, cultural life, technology, and so on—and scores the cities based on how well they do in each system.

But no matter the indicators we’ve tracked or the elements we’ve added to the mix, one thing has remained absolutely clear since the study’s inaugural year: No single overriding strength can assure lasting growth, or shelter a city from reversals, if social and economic conditions are out of sync.  That idea makes sense when you think about what cities are: large systems made up of many smaller systems, interdependent for long-term progress. We’ve also seen that social and economic conditions do, in fact, affect each other. Both livability and economics have to weigh into urban policymaking to attract and keep the highly skilled people who will build a city’s future.

No single strength can assure lasting growth if social and economic assets are out of balance.

As part of our 2014 study, we asked 15,000 PwC employees in 30 cities how likely they were to stay put in their current city, or where they would relocate if given the chance. Overwhelmingly, respondents reported that they would prefer to remain in those cities with the best scores in intellectual capital and innovation (79 percent), as well as technology readiness (76 percent). These same categories attract those looking to relocate (63 percent and 58 percent, respectively). Survey respondents also indicated they value factors like employment prospects, proximity to friends and family, and affordability.

Let’s consider the top performers among the 30 urban centers in this year’s report, Cities of Opportunity 6. London, the overall winner, finished first in three categories: city gateway (defined as openness to the outside world, measured by traits like tourism, air traffic, and airport-to-city-center connection), economic clout, and technology readiness. But New York, Toronto, and San Francisco came in second, fourth, and fifth, respectively, and won no individual categories. However, these three cities have social and economic strengths in balance. New York, for example, ranked high in economic clout and technology readiness; San Francisco in intellectual capital and innovation, and in health, safety, and security. In fact, in previous editions of the report, several of the top five landed their spots on the basis of holistic strengths rather than individual category dominance. (Singapore, this year’s number three city, won the ease of doing business and transportation and infrastructure categories.) Clearly, a balance of intellectual vitality, economic strength, and effective social and traditional infrastructure appears to work for the top cities.

To supplement our survey findings this year, we spoke with theoretical physicist Steve Koonin, the former U.S. undersecretary of energy for science and current director of NYU’s Center for Urban Science and Progress (CUSP) in New York. CUSP is in the process of analyzing thousands of data sets, hoping to build an instrumented city or “urban observatory” to enable greater efficiency by understanding big city life as a system of systems.

Koonin says the social dimension of the socioeconomic balance is even more important to the success of a city than may be indicated by our report. The key to fixing a city’s challenges is less about technology and more about the ability of the public to see and understand its own behavior in aggregate and act for mutual benefit, he says, adding that it’s “science with a social dimension.” Koonin’s hope is that once inefficient behaviors are identified, societal levers including regulation, economic incentives, and choice of architectures can be applied toward greater efficiency. “Societal levers are often more important than technological solutions,” he adds. It’s a lesson the top cities have learned. 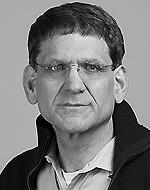 William Sand is a director in PwC thought leadership, and director and editor of the annual Cities of Opportunity report.