I have no idea who first snapped off the classic putdown, “What part of no don’t you understand?” It’s not Shakespeare, but the sentiment is timeless. And I’ll bet that first barb was aimed at a salesman, probably a graduate of Glengarry Glen Ross University.

Until now, I’ve always thought that the correct response to this rhetorical question was to retreat. However, I may be wrong about that. 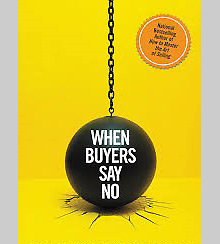 In their new book, When Buyers Say No: Essential Strategies for Keeping a Sales Moving Forward (Business Plus, 2014), sales consultants Tom Hopkins and Ben Katt parse “no” and find that it has a number of possible meanings. It might indicate that the buyer has unanswered questions and concerns about the salesperson’s offering, or might not be sure how it compares to the alternatives in the marketplace. Or the buyer might not be clear about the benefits of the offering. Or perhaps, the salesperson hasn’t properly qualified the buyer. Or the buyer doesn’t like the timing or features. Or maybe, the buyer just doesn’t like salesperson—a big factor in any sales arena that requires an ongoing relationship.

The upshot of all this, according to the authors, is that if you’re a sales professional, you better figure out exactly what the prospective buyer means by “no” before you head for the door. To paraphrase the great Yogi Berra, the sale ain’t over till it’s over.

The challenge is how you manage a “no.” If you treat it like an objection, and try to overcome it, chances are good you’ll get handed your hat. As the authors explain it, being asked to make a decision at the end of the close creates discomfort in the buyer. And too often, salespeople compound that discomfort by becoming unlikeable in response to a negative answer. “How do salespeople become unlikeable after the close?” they write. “They become tense. Their facial expressions reflect unhappy feelings of disappointment or impatience. Even worse, they become subtly belittling, implying with their nonverbal communication that anyone with commonsense would have said yes by now.”

“How do salespeople become unlikeable after the close? They become
tense.” 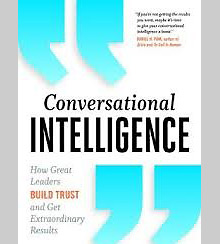 This jives with something I just read in another new book, titled Conversational Intelligence: How Great Leaders Build Trust (Bibliomotion, 2014), by Judith E. Glaser. “Most people assume meaning is embedded in the words they speak,” Glaser writes. “But according to forensic linguists, meaning is far more vaporous, teased into existence through vocalized puffs of air, hand gestures, body tilts, dancing eyebrows, and nuanced nostril flares.”

When Glaser observed pharmaceutical reps making sales calls, she found that if doctors raised concerns about the products being sold, the salespeople usually communicated their displeasure with nonverbal cues, such as stiffened bodies, pained facial expressions, and tense tones of voice. The doctors, in turn, responded by stiffening up themselves and trying to end the sales calls. By now, it shouldn’t come as a surprise that the company where these reps worked was ranked 39th among 40 pharmaceutical firms in terms of sales effectiveness.

Interestingly, the authors of both books also offer similar solutions to negative buyer responses. Hopkins and Katt say that you should run through the “The Circle of Persuasion” again. That’s their generic four-step sales process: establishing rapport, identifying needs, presenting solutions, and closing questions. So, the first step after hearing “no” is to reestablish rapport by letting the buyer “know that it is okay that he didn’t immediately say yes.” In Glaser’s case, she taught the pharmaceutical salespeople to reframe buyer resistance as “simple requests for more information,” which shifted their focus “to relationship before task” and significantly bolstered sales.

The bottom line: When it comes to sales, whether a buyer’s no really means no depends first and foremost on how you respond to the word.