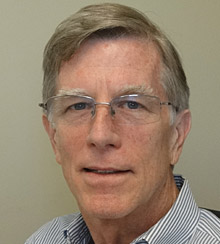 The promise of using algal biofuels as a substitute for petroleum has been bandied about for several decades. During that time, the political and commercial appetite for achieving it has waxed and waned with the price of oil and the demands of national security. But today, calls for oil independence and alternative energy sources have placed renewed focus on algae.

Many species of algae are rich in lipids—fat molecules that are easily processed into biodiesel. Others are rich in carbohydrates, which can be fermented into alcohol-based biofuels such as ethanol and butanol. Theoretically, an algae farm could yield as much as 10,000 gallons of oil per acre annually; palm oil offers the next-highest yield at 650 gallons per acre per year. And algae thrive on waste, consuming the carbon dioxide, nitrates, and phosphates thrown off by agriculture, power generation, and other commercial endeavors.

So why isn’t algal oil flowing from gas pumps everywhere? Because despite algae’s many benefits, neither scientists nor entrepreneurs have found an efficient way to cultivate and harvest algae, or to convert it into oil at scale, and at a price that matches conventional oil. These challenges—and the powerful potential benefits of algal biofuels—captured the attention of William Cooke, a physics professor at the College of William & Mary and co-leader of the Chesapeake Algae Project. As Cooke sees it, algae are already a primary source of oil. Before the evolutionary emergence of bacteria that cause decay, algae sank and their oils were preserved. Thus, much of the conventional oil that we pump out of the ground today comes from very old algae.

For the past three years, you would have been as likely to find Cooke on the York River near the mouth of the Chesapeake Bay as in the classroom. There, he and his colleagues have been cultivating microalgae in open waters. He recently spoke with strategy+business about the industry’s prospects.

S+B: What does the algal biofuel industry look like today?
COOKE: It’s a young industry, with a lot of different models. At one end, there’s a company called Sapphire Energy that’s building a huge facility to cultivate algae out in the New Mexican desert. It starts by growing a seed crop in a bioreactor, puts it into outside circulating ponds, and then harvests and processes it. Sapphire, which is run by a woman named C.J. Warner who came from the oil industry, is going for lipids. The company wants “green crude” and is taking the most direct path to make biodiesel.

At the other extreme, there’s a guy named Paul Woods who runs Algenol, which is probably today’s most productive algae-based fuel company. Algenol doesn’t want to harvest algae at all. Instead, it’s growing a genetically modified alga in ponds covered with plastic, like a hothouse. The algae breathe out ethanol, which is pumped out and condensed. That could be used to replace corn-based ethanol, which is a pretty big market. And if you had more ethanol, you could imagine cranking up the ethanol content of gasoline.

Somewhere in the middle are companies like Solazyme, which is run by Jonathan Wolfson. Solazyme is using algae to process carbohydrates into biodiesel. It keeps algae in the dark and feeds them sugars. The alga eats the sugars and generates lipids from that.

S+B: What is the main obstacle to the industry’s growth? Is it processing?
COOKE: No. Processing is really important, but it’s fairly straightforward, even though it’s not clear exactly how it will be done at scale. You squeeze algae, or dry it and crush it, or condense it. It’s the cultivation that’s tough. The National Research Council [NRC] recently released a techno-economic analysis [TEA] that nails the problems. The trouble with farming algae is that you need sunlight. You need flat land and water to grow it in—saltwater or brackish water provides a more robust environment. You need nutrients—nitrates and phosphates. You need carbon dioxide.

In any case, if you’re trying to do this on land and add up all the costs, pretty soon there’s no profit left. That’s essentially what the NRC report says: There’s nothing that definitively rules out the development of a viable algal biofuel industry, but we’re not there yet.

S+B: Are there strong alternatives for cultivation?
COOKE: The Department of Energy is funding some work at [California Polytechnic State University], where they were growing algae in raceways with wastewater from treatment plants. The hope is that the productivity of the algae can be increased and other costs reduced.

I’m completely convinced, however, that the solution we are working on in the York River is best. We went where the sunlight is, which is mostly on the water, and there’s plenty of carbon dioxide. So we eliminated the need for land and carbon dioxide. And in the Chesapeake, we’ve got the nutrients, too, in all that agricultural runoff.

But like every other approach, open water has its own set of problems. The engineering is harder; working on water is not like working on stable land, and you have to worry more about the weather. Another con is that the naturally occurring algae may not produce the biofuel you want. In the York, we had algae with high ash content and low lipids. It was better for producing butanol than biodiesel. And the final big issue is that different algae grow at different times of the year, and that creates quirky harvests.

S+B: If algal biofuel overcomes its challenges, can it disrupt the oil industry?
COOKE: It depends on how the algae industry develops. If it developed along the Sapphire model, the oil companies would just buy crude from New Mexico instead of Saudi Arabia. That’s one of the beautiful things about that approach: If it wins out, it would be good for the oil companies because they can start talking about sustainability and renewable fuels and local fuels and all the other benefits of algae. Eventually, the oil companies would be out of the exploration business. So they’d have to scale that down. But they would still be in the refining and delivery businesses.

S+B: Is the algal biofuel industry financially sustainable at this point?
COOKE: Not really. Most of the activity to date has come from the U.S. government. Solazyme had a couple of contracts to provide algae-derived jet fuel to the U.S. Navy for test purposes, but they are pretty far from being a major source for the aviation industry. The U.S. Department of Defense has made investments in algae research in its search for non-interruptible fuel sources and green fuel. But it’s paying much more for algal biofuel than for conventional fuel, and that’s not sustainable at scale. The industry also received a [US]$1.01 tax credit per gallon in the U.S. “fiscal cliff” legislation, which brought algal fuel producers to tax parity with other producers of biofuel.

The environmental benefits of algae could enhance the TEA, for example, with the possibility of tax credits for remediation. Our algae were sucking excess [harmful] nutrients out of the York River and Chesapeake Bay. At the rates we were seeing, if you had about 60 square kilometers of algae farms, you could clean up the Chesapeake Bay. That benefits the ecosystem, and could also bring increased financial stability if rewarded by the state.

S+B: It seems as though this is a U.S.-centric industry. Is algae biofuel a global industry?
COOKE: There appears to be more emphasis in the U.S., at least partly because of the defense industry. But there’s interest in China. It seems like every week I get invitations to biofuel conferences there. The Chinese recognize their pollution problem. Our method of growing algae would be terrific to export to developing nations because they could use it to clean their water while making fuel. The reality today, however, is that algae biofuels are being produced and sold in only a limited way—no matter what part of the world. There is still a long way to go before we can begin to reap their benefits.

Topics: agriculture, defense, delivery, china, research
The business insights you need to succeed. Get s+b’s best ideas delivered to your inbox twice a week.
Sign up         No, thanks