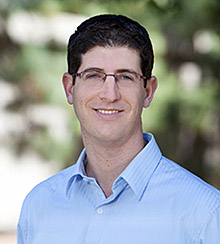 You may think that having your boss’s boss—or even that boss’s boss—approach you with specific career guidance would be just the encouragement you need. But social psychology would tell you otherwise. Because you tend to expect certain types of communication from people depending on their social distance, a remote supervisor offering you a how-to on managing your workload isn’t likely to motivate you to pursue your goals.

The study of motivation and the study of psychology are intertwined. And in his new research, Nir Halevy has taken that relationship one step further. Halevy, an assistant professor of organizational behavior at Stanford University, applies construal-level theory—how people react to psychological distances—to figure out how best to help people succeed at work. When the distance and the communication style are in sync, construal fit exists. This, Halevy finds, will leave people feeling more inspired.

Understanding how to effectively motivate employees and spark their commitment is a critical skill for managers. It becomes even more important when a crisis occurs that requires people who ordinarily don’t collaborate to join together. Halevy spoke with strategy+business about how his research can help people communicate better.

S+B: What drew you to construal-level theory as a way to understand motivation?
HALEVY: I observed that there are two opposite approaches to motivation. One says that you need to give employees specific feedback on how they can get their job done and how they can meet their goals. The thinking is that the more concrete you are as a manager or a supervisor, the better the results you will get from your employees. The other approach says almost the opposite—that you can motivate people by being abstract, by talking about the big picture rather than focusing on details. The idea here is not to tell people how to get things done, but rather to put ambitious ideas out there for them to chew on.

Given this contradictory advice, my colleague Yair Berson [of Israel’s Bar-Ilan University] and I set out to determine when each approach is more effective. And that’s what brought us to construal-level theory. This theory, which has received a lot of attention within social and cognitive psychology, explains how people perceive individuals and events that are close or far apart in time, space, and other dimensions of psychological distance. It says, for instance, that if someone speaks to you in a very polite manner, you infer large psychological distance between yourself and that person, because your family or your longtime friends would not be as formal. Distance also produces an expectation of abstractness. Think about it: If you take the elevator with someone at or around the same level in the company as you, and you start talking about big ideas, that person is likely to feel to some degree that it is in appropriate or pretentious because there’s no psychological distance, essentially, between the two of you.

People experience construal fit as appropriate. It makes sense to them that someone who’s that proximate to or distant from them would communicate in that way. We saw an opportunity to apply this idea to organizational behavior.

S+B: How did you test your hypothesis in the workplace?
HALEVY: In our first study, we surveyed more than 2,000 employees at a large telecom company. We asked respondents to think either about their direct supervisor or about the boss of their boss—the supervisor one degree of separation from them. We then asked people to consider how much feedback they get from that person, and whether that person is a visionary leader (in the sense that he or she talks passionately about abstract values, ideals, and so forth).

Our survey was attached to the company’s annual survey of employee job satisfaction. We found that visionary leadership increased job satisfaction only when people referred to their boss’s boss. When they talked about their direct boss, visionary leadership just didn’t do the trick. Conversely, when people rated their direct boss, concrete feedback and mentoring improved job satisfaction. But it didn’t improve job satisfaction if the source of feedback and mentoring was their manager’s boss. Thus, when people at the farther distance use more abstract terms or people at the closer distance use concrete terms, there is construal fit, and when the opposite occurs, there is a “misfit.”

Visionary leadership increased job satisfaction only when people referred to their boss’s boss.

In subsequent studies, we tested fit and misfit at the minimum and maximum psychological distance within an organization—using a peer as the proximate source of communication and the CEO as the distant source—and confirmed our findings. We don’t know if the opposite scenarios [abstract communication from your direct manager or concrete feedback from someone higher up] detract from your motivation or if they just don’t boost it as much. But our research shows that you’ll get a better boost in motivation, satisfaction, and commitment if you create the conditions to achieve fit.

S+B: How does commitment come into play?
HALEVY: We know that leadership matters more in crises and times of change. Here, the role of the leader is to collectively influence, to take action to improve the group’s situation. We set out to see if we could actually cause people to say, yes, I want to get involved in improving the group’s outcome.

We found a newspaper article that foretold policy changes that could have a strong negative effect on the field of psychology in Israel, and created two types of messages about it. One was a concrete call for action that emphasized how [undergraduate] students could help. The other was a more abstract call for action that emphasized why it was important for them to do so. We crossed these two types of messages with two possible communicators. Some of the students received the concrete communication from a graduate student at their university—that represented the short distance, and would be a fit. Others received the concrete message from the chairperson of the Israel Psychological Association—a distant source, and thus a misfit. We also had students receive an abstract communication from either the chairperson or a graduate student, representing fit and misfit, respectively.

After they received the messages, we asked the participants a number of questions about their willingness to devote time to the cause in the next month—how many hours they would be able to contribute, how many events they could help organize, and so on. When the abstract call for action came from the distant source, more people expressed a desire to get involved, and signed up. And when the concrete call for action was communicated by a proximate source, we also saw greater willingness to support the cause.

S+B: The benefits of fit are clear. But are there any potential benefits of misfit?
HALEVY: Yes, if it causes leaders to pause and think about why things are the way they are in their organization. For example, if you’re part of the top leadership team and you don’t get the motivational effect that you want to see from the communication between middle management and the rank and file, try to dig into that communication. Look at the type of emails being sent and meetings being held to see if supervisors are being sufficiently concrete. Are they telling people how they could potentially do their job better? Are they setting specific goals?

S+B: Your research presumes a formal hierarchy. Can it also apply to flatter organizations?
HALEVY: The degree of hierarchical differentiation matters. But even in smaller, flatter companies, like some Silicon Valley startups, leaders should think about psychological distance. So if you, as the CEO, do not interact frequently with the engineers and developers, then there’s more psychological distance between you and those employees than between them and the team manager who actually sees them on a daily basis. Again, it’s not as extreme as it would be in a large multinational, but it still exists.

S+B: Are there other ways that construal-level theory can enhance our understanding of workplace dynamics?
HALEVY: Mentoring, for one. To the extent that subordinates seek concrete feedback in mentoring relationships, organizations should match mentees and mentors who are close in rank. Of course, interaction between higher-ranked employees and lower-ranked employees has its benefits, as the former can serve as inspiring role models. But sometimes people get too excited about the opportunity to be in touch with high-ranked people. They get caught up in the romance of the distant leader.

“Don’t get caught up in the romance of the distant leader.”

But that’s not necessarily a great source of mentoring for most people. If you are seeking out feedback on your job performance or career advice, you need a mentor who is near you in the organizational hierarchy. Not only will this individual be more familiar with the challenges you face, but the distance between you is such that you will have a natural inclination to be more receptive to the specific guidance he or she provides.

We focused our research on social distance, but there are other potential applications of construal-level theory to management practices. For example, a lot of organizations are trying to reduce their real estate footprint, so they’re closing offices and expecting people to work from home. Some of my colleagues and I are studying this in one organization right now. Companies need to be mindful of how such policies change not just the physical but also the psychological distance between people, and manage the consequences. An understanding of construal-level theory can help.