Ms. Yang, a Beijing office worker, shows off her new mobile phone to her co-workers. It boasts all the features of a typical handset — touch screen, camera, MP3 and video players — but it offers a lot more besides. Shake it, and its wallpaper changes automatically. Dial it, and lights on the sides flash in sync with the most popular ringtones. This phone is not a Nokia, a Motorola, or a Samsung. In fact, it has no brand name at all, and it costs just US$70 (480 yuan), less than a fifth the price of similar branded products. This is what is called a shan zhai model in China.

Originally used to refer to a bandit stronghold outside government control, the term shan zhai has today become shorthand in China for fake or pirated products (it can also refer to anything improvised or homemade). From mobile phones to digital cameras, wine to medicine, automobile rentals to movie DVDs, Chinese consumers encounter shan zhai in almost every corner of their daily lives. Nokir and Samsing Anycat phones, Pahetohic TVs, and Wetherm skin cream are just a few examples. Shan zhai was the subject of a heated debate at the National People’s Congress in Beijing in March 2009, with some members deriding most shan zhai goods as low-quality counterfeits and others advocating more tolerance given the benefits the products bring to Chinese society.

Perhaps the most impressive aspect of the shan zhai phenomenon is the sheer number of companies making these goods that have — often starting from scratch — evolved with astonishing speed to challenge incumbent players in mature industries. For example, mobile phone maker Tianyu, whose copycat handsets target trendy but value-conscious buyers, overtook number one domestic manufacturer Lenovo in only two years; now Tianyu is closing the gap on foreign giants such as Nokia, Samsung, and Motorola and moving aggressively into overseas markets. Similarly, BYD, a local battery and automotive manufacturer, started out making half-price imitations of Toyotas but has grown into one of China’s most successful automotive manufacturers and a global leader in car battery technology and dual-mode drivetrain systems. (See “The Best Years of the Auto Industry Are Still to Come,” by Ronald Haddock and John Jullens, s+b, Summer 2009.)

Many observers write off shan zhai firms as counterfeiters or pirates. And several of these companies do operate in breach of, or at least on the borderline of, China’s intellectual property laws. But those cheap copycat-type operators generally don’t last very long. The best shan zhai companies are evolving into legitimate businesses with their own intellectual property portfolios.  They are worth studying — not because of the competitive threat they pose, but for their legitimate impact on business. They have established themselves not through thievery but through knockoffs and imitations, and have disrupted the status quo by inventing new and ingenious business strategies tailored to local markets.

The emergence of the shan zhai phenomenon has been driven primarily by the unique supply and demand characteristics of the Chinese market. On the demand side, the vast reach of China’s markets offers opportunities to target any number of customer segments, channels, and geographies. Shan zhai companies often focus on the less-developed markets, such as smaller cities and rural areas — a logical choice given that brand-name makers focus on urban customers and that more than 60 percent of China’s 1.3 billion people live in rural areas. Although individual incomes in these markets are lower, aggregate consumer purchasing power can nonetheless be significant. In particular, younger rural consumers tend to follow urban consumption trends.

Some shan zhai companies have benefited from slow or complacent responses by industry incumbents to market changes, and from a lack of understanding by multinationals of local market dynamics. In the car rental industry, for example, the only large profitable company in China is a former shan zhai enterprise. Called eHi Car Rental, it began by copying Hertz, which had entered China in 2002. Despite the company’s first-mover advantage and years of industry experience, Hertz’s Chinese operations were slow to develop, as were those of Avis, the number two international brand. The main problem was that both companies tried to apply their U.S. “self-drive” operating models to China, leaving the door open for eHi to develop its own, more locally suited approach. Realizing that the Hertz/Avis model did not match the needs of busy and often stressed local executives or work well in China’s heavy traffic and rapidly evolving road systems, eHi began offering chauffeured service — a choice that turned out to be both viable and profitable.

Although many shan zhai businesses are short-lived, some become very successful. The winners often share three traits: First, they have the ability to break into a market and establish a significant position rapidly. They do this by developing an in-depth understanding of local needs, then moving quickly to capture emerging opportunities overlooked or underserved by incumbents; creating a responsive and resilient business model, often featuring rapid launches of new products and services that fit well with market trends; establishing flexible, low-cost, resilient, and localized operations, and innovative sales strategies that maximize reach to target customers; and scaling quickly while also creating barriers to entry. A common modus operandi involves targeting lower-end mass segments in order to build scale and market share, and then developing advantages in cost control, pricing, and supply chains.

Second, winning companies have sufficient skills to continually improve core capabilities, level of performance, and reputation. After starting out as copycats, successful shan zhai companies acquire their own distinctive expertise, especially in R&D and new product design, and then begin developing value-added services or differentiated products to solidify or expand their customer base. The salient quality of many of these companies is not their “me-too-ism,” but their willingness to take chances and learn from their experiences. If an idea doesn’t work, they abandon it and try something else. The best shan zhai practitioners use their ability to experiment, replicate success, and move rapidly up the learning curve to outcompete many slower-moving foreign and state-owned competitors. To upgrade their brand image, some shan zhai firms actually move away from their beginnings and emerge as industry trendsetters, leading a new wave of product or technology development.

The third common trait is a focus on investing for the future. The very best shan zhai companies are constantly looking for the next “blue sky” opportunity — one that can offer new growth before their current markets come to the end of their life cycle.

Tianyu’s evolution illustrates these three traits. The company’s first move was to target lower-end customers by leveraging the all-in-one chip set produced by Taiwan-based MediaTek to offer an inexpensive handset with trendsetting features. Launching more than 100 tailored models within a year, Tianyu created a wide spectrum of product choices for its retail partners, with which it shared profits and ultimately its customers. But although that approach grew market share quickly, Tianyu didn’t stop there. The company has now started investing in 3G products, aiming at the next phase of China’s telecom development with its already popular K-Touch product line. Today, Tianyu is virtually unrecognizable as a company with shan zhai roots, having leveraged increased efforts in R&D and brand building to become a mainstream player in the biggest Chinese markets.

Multinational companies that are uncertain about how to respond to the threat from shan zhai businesses would do well to follow these three strategies:

Companies that work successfully in China must first develop a clear understanding of its complex markets, appreciate the diversity of the local customer base, and come to terms with the country’s relatively poor protection of intellectual property rights. Those who can puzzle out the subtleties of China’s multi-tier customer segments, understand their tastes and preferences, and create distinctive products that meet local needs will benefit from the shan zhai mind-set when serving China’s emerging breed of consumers. On the one hand, shan zhai companies can be formidable competitors. On the other hand, they could become business partners or even acquisition candidates. The key is to keep an open mind.

Is vertical integration making a comeback?
It may look that way now, but the more interesting question is whether companies should turn back to outsourcing once global supply chains get unsnarled.
by Daniel Gross 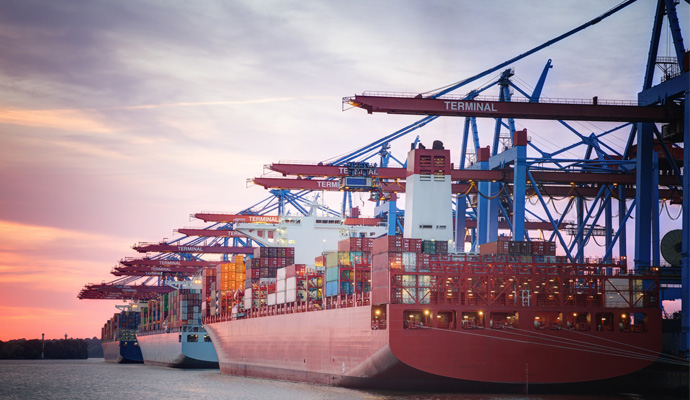 Rethinking spare capacity
The global economy is suffering shortages in computer chips, furniture, truck drivers, and more. A common factor underlies all of them: a lack of slack.
by Daniel Gross
Digital issue