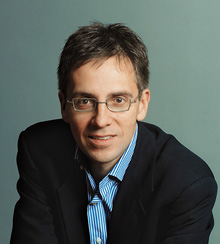 How level a playing field will corporations find when entering new markets in the future? According to Ian Bremmer, not very level, at least not for a while. Bremmer is the founder and president of Eurasia Group, a political risk consultancy. In his new book, The End of the Free Market: Who Wins the War Between States and Corporations? (Portfolio, 2010), he suggests that the global financial meltdown accelerated an already powerful trend: the rise of state capitalism. Government-run companies, state-favored firms, and sovereign wealth funds in places like China and the Middle East are enjoying new prominence and success. They compete in new ways (and, in some cases, old mercantile ways) against the relatively free market–oriented economies of the United States, Europe, and Japan.

Bremmer is an expert on potential geopolitical pitfalls for investors and companies. (He is known for his annual list, Top Risks, on which he speaks each year at the Carnegie Council for Ethics in International Affairs. The 2010 panel included Booz & Company Chief Marketing and Knowledge Officer Thomas A. Stewart as well as myself.) At the core of Bremmer’s new book is a question about the economic role of governments: Their alliances with particular corporations can give them enormous power in the short term but high risk in the long run. Bremmer sat down with s+b in February at the New York offices of Eurasia Group to discuss the implications.

S+B: What is the new state capitalism, and where did it come from?
BREMMER: It’s a new geopolitical equilibrium, and we’ve only just hit the tipping point. For the past 40 years, globalization has been a principal driver of the world economy. Our increased access to worldwide consumers, labor, and capital markets has precipitated immense growth. The G3 (the U.S., Europe, and Japan) have dominated the world, with shared values about the rules of the road.

Now the direction has changed. We won’t undo 40 years of global integration overnight. But U.S. and European companies will have to compete on a new playing field and observe a new set of rules. Two very different systems are now contending. On the one hand, there’s a free market system that is more or less regulated, with economies that are large but that have become anemic. On the other hand, we have some of the world’s fastest-growing economies, including China, in which the state is the principal economic actor and arbiter.

That system started with the rise of national energy companies after the 1973 oil crisis. Then we saw the rise of local champions: either state-owned or state-favored enterprises in emerging markets, taking advantage of the opacity of legal institutions and the immaturity of political institutions to gain a market foothold. Finally came the sovereign wealth funds, which were started 40 or 50 years ago, but have recently increased in number and importance. State capitalism is not going to be the only dominant force in the world economy. But it can no longer be ignored.

S+B: What role did the financial crisis play in the promotion of state capitalism?
BREMMER: People refer to the “global” financial crisis. Yet there was no banking crisis in China in 2008–09, because its financial system wasn’t open in the way that Western states’ systems were. The fact that the world’s largest state capitalist system emerged rapidly from the global recession is incredibly important, because it adds to the growing sense that the two models are competing. There won’t be a “G2 economy,” in which the U.S. and China manage the world for growth together. China still wants Western technology, but it doesn’t need Western capital as it once did. And it doesn’t want to be reliant on the U.S. banking system or the U.S. consumer for the next stage of its economic expansion.

As a result, I think business leaders are thinking differently about the long-term exposures they have in some countries — not just China, but places like Russia, Brazil, and some Middle East countries. These governments are run by able and talented people, but their governing institutions are still immature. As they step out on the global stage, they are not as transparent as Western economies, and their financial institutions are not as experienced and sophisticated.

So far, no company except Google wants to publicly confront China, because there’s still too much money to make there in the short term. But companies are planning internally for more difficulty in China. Their CEOs are talking to us, and they are scared. They’re talking to the National Security Agency about potential problems with information technology and cybersecurity.

S+B: In The China Strategy [Basic Books, 2010], Booz & Company Senior Partner Ed Tse argues that China’s economy can’t be ignored or isolated — no matter how active the government is.
BREMMER: That’s true. But for a majority of multinational corporations, the China business model is going to become vastly different over the next five to 10 years. It will be a distinctly new ball game. Global oil companies used to conduct exploration and production everywhere, and then state-owned companies took that over. Now ExxonMobil, Shell, and BP survive by selling technology, distribution, and management expertise. We’re going to see similar changes in sectors across the board, and other forms of conflict.

I doubt the U.S. will end up in an explicit war with China. But increasingly Americans will perceive their national security, broadly construed — economic security, cybersecurity, and technological competitiveness — as being threatened by state capitalist countries.

S+B: Which side will countries like India and Brazil take?
BREMMER: They fall between the Chinese model and the U.S. model; they are hybrids. India, for example, is a very decentralized place. Governance works from the provinces. As a result, India cannot do a lot of infrastructure building or drive growth with state capitalism. And there is a fair amount of rule of law in both of these countries, and contracts are generally viewed as sacrosanct. But they are not necessarily convinced that the U.S.-style free market is right for them. How well the U.S. and China succeed economically over the next 10, 20, or 30 years will determine to a large degree where countries like India or Brazil end up.

S+B: How sustainable is this new state capitalist model?
BREMMER: I think that the ability of state capitalists to ensure stability will keep them in place for a long time. Were China to establish a free market capitalist system right now, it would probably spell the end of the Chinese Communist Party, and the end of a managed economy that the vast majority of the Chinese people support.

For the moment at least, state capitalist governments like China have a huge advantage because they can mobilize massive cash, programs, and investment. Their model may well be sustainable for another 20 years. Beyond that, it depends on the level of development of their political and social systems.