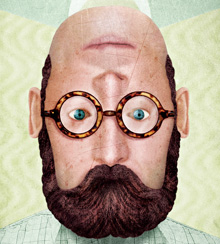 They say power corrupts, but according to this paper, it also inspires hypocrisy. Businesspeople, of course, are often accused of two-faced behavior. For instance, in the past year, CEOs have been criticized for seeking billion-dollar government bailouts while promoting extreme laissez-faire capitalism. But is there any empirical link between power and double-dealing? Testing this notion, the researchers found that authority and influence are indeed linked with hypocrisy, in that powerful people display a greater inconsistency between what they practice and what they preach than their counterparts with less power.

More than 300 people participated in the experiments and were assigned to either high- or low-power positions. Different participants faced different moral dilemmas: In one, subjects were asked if it was OK to break traffic rules if they were late for a meeting, and in other tests, the respondents were asked questions about stealing abandoned bicycles or padding travel expenses. In each group, those assigned to powerful positions judged their subordinates harshly for transgressions — such as dodging taxes or keeping a stolen bicycle — but were also more likely to skirt these laws themselves. In practice, the authors write, this leads to a pattern in which influential people gain more clout by not playing by the rules. And as they solidify their position, they misbehave even more because they feel entitled to do so and they think they won’t be punished.

But the outcome of the researchers’ final experiment showed how this cycle can be broken. When the people playing authority figures no longer felt that they deserved the job or were capable of it, they brought their behavior in line with the standards they set for others. The authors argue that if leaders don’t realign their behavior when their authority is in question, subordinates will expose their illegitimate ties to power through gossip and derision, as we’ve seen happen many times when powerful figures commit moral transgressions. Whether politicians, business leaders, or celebrities, the powerful can fall from the top very quickly.

Bottom Line: Authority often becomes an enabler of hypocrisy. Powerful people have psychological incentives to hold others to strict account for their actions while they misbehave themselves.

Topics: authors, research, writers
The business insights you need to succeed. Get s+b’s best ideas delivered to your inbox twice a week.
Sign up         No, thanks