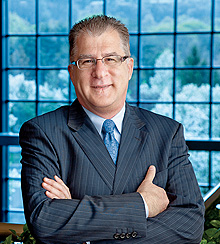 In 2006 NPS Pharmaceuticals Inc., a midsized biopharmaceutical firm, was in trouble. For many years, the company had focused solely on developing a blockbuster osteoporosis drug. But in March 2006, the U.S. Food and Drug Administration (FDA) asked the company to run an additional, expensive clinical trial largely because of concerns over a side effect. The company’s stock price dropped 37 percent in a single day, and then steadily retreated in the months that followed. Cash reserves dried up, and the company faced US$191 million of debt coming due within 12 to 15 months. So Dr. Francois Nader, the company’s chief operating officer (who joined NPS shortly after the FDA’s news), came up with a bold strategy.

Nader, who became president and CEO in 2008, transformed NPS into a late-stage development company focused on rare (“orphan”) diseases. He shut down the company’s in-house discovery and manufacturing infrastructure in favor of outsourcing. He also hired a team of industry veterans to strengthen the new company’s capabilities. In the years that followed, what could have been a disaster ended up a success story. By specializing in one part of the drug development process rather than seeking to do it all, and by zeroing in on diseases that lacked effective treatments (and lacked competition from other pharmaceutical companies), NPS turned its prospects around. With only 60 employees, the company now has two promising, high-revenue-potential treatments for rare diseases in the final stage of clinical testing, a strong cash position, and growing royalty revenue from partnered products.

Nader spoke with strategy+business in August about the transformation and what other biotech firms can learn from NPS’s near-death experience.

S+B: When you arrived at NPS and saw that the company’s future was in doubt, what was your initial plan?
NADER: We started out in survival mode. The first priority was to reduce the cash burn as much as possible. Regretfully, we had to dramatically decrease our head count.

The second step was to raise capital, which required a lot of creativity in those difficult circumstances. We used a number of financial tactics. For example, we received up-front payments for future royalties for drug compounds that we licensed to European partners, and we issued $50 million in convertible notes due in 2014.

The third step was to ask ourselves, Where do we go from here? We explored multiple possibilities, for example, becoming a royalty shell — abandoning all operational activities and cashing in royalties paid to the company by our licensees. But we realized that there was another way forward that could potentially build more value for our shareholders: We could completely transform ourselves. Although this was a more difficult option, we chose it because we knew that if it worked, it would pay off significantly.

S+B: What did this transformation look like?
NADER: First, we refocused the company on rare disorders, for which there is a clear need for treatments. Second, we switched our business model from the more traditional pharma or small biotech approach, in which all resources are in-house, to an outsourcing model, relying on experts in drug development, manufacturing, and commercialization who are not employed by the company. We closed three of our four sites, including our discovery facilities, and consolidated our activities in Bedminster, New Jersey. This meant that we would no longer be in the drug discovery business, but instead would in-license compounds generated by other research laboratories. It quickly became clear that the staff the company hired when it was building itself into a commercial company did not match what was now needed to become a drug development powerhouse. This led to a more difficult decision: to reduce our head count to 16, and then look for the expertise that we needed to bring our numbers up to 50. It was a challenging time, because we were letting people go while at the same time recruiting.

S+B: Other companies in this situation might have asked themselves, What are we good at, and how can we rebuild from there? You seemed to be asking a completely different question.
NADER: Rather than thinking about what we did well, we asked ourselves what assets we had that we could redeploy in a new direction to create value. For example, we realized that our parathyroid hormone, which the FDA did not approve for osteoporosis, had the potential to be an effective therapeutic agent for hypoparathyroidism, a condition without a current treatment that affects roughly 65,000 people in the United States. So we seized the opportunity and reoriented our development program accordingly. As a result, we are currently advancing a Phase 3 study that, if successful, will be the basis for filing a new drug application with the FDA and subsequently marketing the product.

The following saying has been with me for a long time: “If you cannot beat them directly, be different exceedingly well.” And this is what we’ve done. In other words, we could not compete head-to-head with Eli Lilly, Pfizer, or the other big pharma companies. I knew we had to be different. The area of rare diseases was extremely appealing because the development cost is relatively modest compared with, say, developing another osteoporosis drug. And you’re working in an area where there’s limited competition. There is unmet need and a lack of effective options for patients.

Now many of the big pharma companies are incorporating similar strategies. Up to two or three years ago, most pharmaceutical companies were focused on blockbuster drugs: products that target millions of patients and can bring in more than a billion dollars. But the big companies now recognize that there are 2,700 or so rare diseases for which treatments are not available.

S+B: Biotech is an innovative industry, and outsourcing discovery and research seems counter to the industry’s typical business model. What led you to such an unusual strategy?
NADER: After our crisis, it was a matter of thinking about what we could afford to do. There was an acute sense of urgency. Having a discovery organization is expensive; the return on investment is anyone’s guess. Frankly, we could not wait until someone in a lab discovered something that could be of value 10 years from now. Many companies in the industry suffer internally from not-invented-here syndrome: If it’s not invented here, it’s not good enough. But I think the pharmaceutical companies are moving slowly but surely away from this notion; the number of development deals that they are signing with smaller biotech firms is increasing by the day. The agility, effectiveness, and focus of smaller biotech companies provide a much more efficient way of taking an initial compound created by a pharmaceutical firm and ultimately commercializing it.

S+B: What lessons can other biotech companies take from NPS’s experience?
NADER: More and more companies are relying on outsourcing, some more successfully than others. It is attractive to have low overhead, and not to be bound by any in-house capabilities. But running an outsourcing business is much easier said than done. Doing so effectively requires specific kinds of expertise, and a certain level of self-confidence, because you are giving away some of your control to third parties. This is something that took us time and effort to learn how to do at NPS; it was not intuitive. We went through a number of trials and errors, but I think we are at a stage now where we’ve mastered the art of outsourcing as a core competency.

Focusing as we do on late-stage development is a viable business model. It does not take away anything from biotech companies that focus on discovery. But I believe that pre-clinical discovery is a separate business from development, and it requires different capabilities. Transformation is feasible if you embrace your core knowledge, core technology, and core assets to create a unique path for your company.