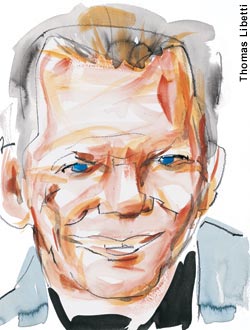 A 20-year veteran of the technology world, Dutch businessman Roel Pieper understands the ways of Silicon Valley. Today a managing director at New York-based Insight Capital Partners (an investment firm focused on e-business opportunities in Europe and the U.S.) and chairman of the Netherlands' Twinning Network (an incubator formed through a public sector-private sector partnership), Mr. Pieper has become popular with the Dutch business press through his efforts to help Europeans become more entrepreneurial, and has even made the cover of Red Herring. He may be the closest thing the Netherlands has to a Bill Gates or a Jim Clark, although such larger-than-life entrepreneurs are rare in Europe.

In the 1990s Mr. Pieper earned a reputation for turning around errant organizations, first as CEO of AT&T's Unix Systems Laboratories, then as CEO of Tandem Computers Inc., where he oversaw its sale to the Compaq Computer Corporation for $4 billion. But in 1998, he returned to the Netherlands to fill the number-two slot at Koninklijke Philips Electronics NV, the Dutch electronics giant. The homecoming was a mixed experience. He resigned in 1999 when the Philips board refused to back his proposed takeover of General Instrument, which he believed was vital to move Philips's VCR business into new digital formats. The decision confirmed Mr. Pieper's concerns about a lack of entrepreneurial drive in Europe.

In 1997 Mr. Pieper and Hans Wijers, the former Dutch minister of economic affairs, founded Twinning Network, one of the first distinctively European incubators. The catalyst was a report commissioned by the Dutch government from Booz-Allen & Hamilton, which indicated that entrepreneurs in the Netherlands were struggling to raise early-stage finance, and were disadvantaged by the lack of an entrepreneurial network, especially venture capitalists (VCs), lawyers, consultants, and bankers.

The Twinning Center, based in Amsterdam, is run by Twinning Holdings, a private company owned by the Dutch government, which also manages the Twinning VC funds. It has close links with the leading Dutch universities. Under this unusual arrangement, the Dutch government is the sole shareholder and is committed to providing 90 million gilders (around $41 million) over seven years to the two Twinning funds: the Seed Fund, which invests early-stage finance, and the Growth Fund, for expansion funding. Ten Dutch VCs are also committed to investing at least 11 million gilders ($5 million) in the funds and will share the returns with the government. Twinning also offers a range of incubator services.

With three centers in the Netherlands — Amsterdam, Eindhoven, and Twente — and a "foothold" office in Silicon Valley, Twinning has launched approximately 40 startups, including Tryllian, an online "shopping bots" company. In time, Mr. Pieper would like to see Twinning expand beyond the Netherlands, with franchised incubator centers across Europe. "Twinning has been discussed by the European Union as a role model," Mr. Pieper says.

Although he believes the incubator concept is ideally suited to filling Europe's gap in startup expertise and early-stage funding, he is also focused on the regulatory red tape that remains one of the biggest brakes on entrepreneurial activity in Europe. "In 1997, when Twinning was started, I fundamentally forced the government to the same side of the table. They invested in a fund they didn't really understand, and they became so excited about it that they drove changes in the legislative environment in response to what we were doing."

But Mr. Pieper has no illusions that it will be easy to create an entrepreneurial culture in Europe. "There are no good blueprints in Europe. There are too many rules making it difficult. We all know what happened in France when they changed the tax legislation — you now have one of the biggest expat French communities in Silicon Valley. We have to make it more attractive to entrepreneurs to stay in Europe."

Are venture capitalists misunderstood?
In his new history of the financiers who funded some of the world’s biggest companies, Sebastian Mallaby argues that VCs are a force for good.
by Mike Jakeman
Digital issue