After 25 years in the publishing industry — including stints as executive vice president of the Village Voice and president of The Nation — Jack Berkowitz now oversees American Lawyer Media's (ALM) operating units and identifies new opportunities for the $132 million company. ALM, which owns and publishes 20 national and local legal magazines and newspapers and more than 30 newsletters, was formed in 1997 when U.S. Equity Partners L.P., a private equity investment fund sponsored by Wasserstein Perella & Company, acquired the publishing division of American Lawyer Media L.P. and the National Law Publishing Company. 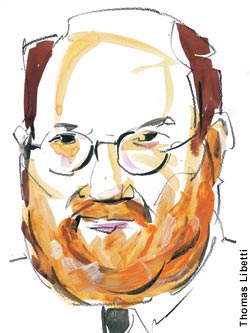 "ALM, as it exists today, is sort of a rollup of a number of businesses — the old American Lawyer Magazine, some national magazines, regional newspapers, and various spin-offs. Bruce Wasserstein brought in New York Publishing, which had thriving book, tradeshow, and newsletter businesses, all based in New York City. Soon after that we bought an even larger legal tradeshow business and a regional legal newspaper. We quickly realized it made no sense to run all these regional businesses out of New York City. We needed strong entrepreneurs to run their own businesses. It's true everywhere. It has to do with having really motivated people who make their own decisions and are part of a budgeting process.

"Companies are generally very centralized or very decentralized. We took a 180-degree turn from being highly centralized, and now corporate management basically serve as consultants. We start the business plans and get them into the budgeting cycle, and then people in the field take over.

"We hire very smart people who are motivated, and we reward them well. We also have fewer employees because every publisher is running his own business, and everyone is motivated to make a profit. Management and nonmanagement employees are compensated with individual and group bonuses based on the operating earnings of their own projects, their divisions, and all of ALM. We've structured it so that compensation for just about everybody in the company is based on profits at the end of the year. We also have incentive programs, like the best business idea or the best editorial, that reward individuals in sizeable amounts. We try to make everyone feel they can contribute, and we back people's ideas.

"Also, we'd never broken away from thinking about customers in terms of geography or the size of their law firm. Now we assess different lawyers' information needs — as business lawyers, corporate counsel specializing in international law or intellectual property law, and litigators. For the last 20 years, our business has focused on lawyers who practice business law, from small law firms to the biggest law firms. But there's also a lot of growth for us in corporate law and in litigation.

"Two years ago, we thought we topped out the legal marketplace, and we were going to start looking into accounting and banking. Today, we think we've barely scratched the surface in law, and instead of trying to extend ourselves, we are recommitted to the legal marketplace exclusively. We're not interested in anything other than the law, because it's what we know. For all I know, I am reinventing the wheel, but I don't think so. I don't have an MBA; I was an art student who decided I liked business. In my role as a consultant to our businesses I have one of the best jobs in the entire world.