The car maker Renault used systems and structure to institutionalize adaptive and aligned leadership behavior. A few years back, when Carlos Ghosn was Renault's COO, the departments of engineering, purchasing, and manufacturing reported directly to him; marketing and sales reported to François Hinfray; and Michel de Virville headed the rest (under the catchall rubric of administration). This typically hierarchical — and typically French — structure had led to the predictably bureaucratic behavior known as siloing, or stovepiping, in which there is little cross-functional cooperation. 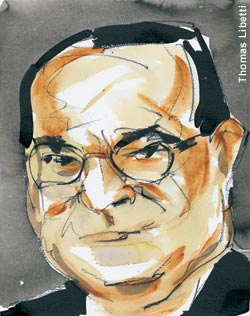 Then Mr. Ghosn shook things up: He changed the structure, performance measurement, and incentive systems in his part of the business. He introduced the concept of "transversal work," creating 12 cross-functional teams, each charged with specific cost-reduction and quality-improvement objectives, with representatives from engineering, purchasing, and manufacturing present on every team. Each team was responsible for all aspects of a particular section of a motor vehicle: power train, interior, suspension, body, and so forth. Teams were required to report on their progress at Mr. Ghosn's regularly scheduled COO review meetings.

Mr. Ghosn used Renault's "star chamber" career development system (which secretly evaluates high-potential management candidates) to identify the most promising middle managers to lead the teams. These high-potential folks were told that if they achieved their objectives to reduce costs of purchased materials and costs of operations, they would be on the fast track to promotion to more significant positions in the Renault organization. In fact, Odile Desforges, who successfully led the vehicle interior team, is now responsible for purchasing worldwide.

In the process, the best young talent was engaged in the process of leading important activities that represented the future managerial approach of the company. Moreover, the approach spread beyond Mr. Ghosn's bailiwick because it was fully transparent both within Renault and to its suppliers.

But perhaps the greatest payoff came when the French company acquired controlling interest in Japan's Nissan Motor Company. Renault's CEO, Louis Schweitzer, had confidence that he could let the multitalented Mr. Ghosn go to Japan to be Nissan's chief operating officer because his leadership system had been fully institutionalized in the company's European operations. Mr. Ghosn has since been named president of Nissan.

Topics: operations, globalization, ceo, leadership, sales
Get s+b's award-winning newsletter delivered to your inbox. Sign up No, thanks