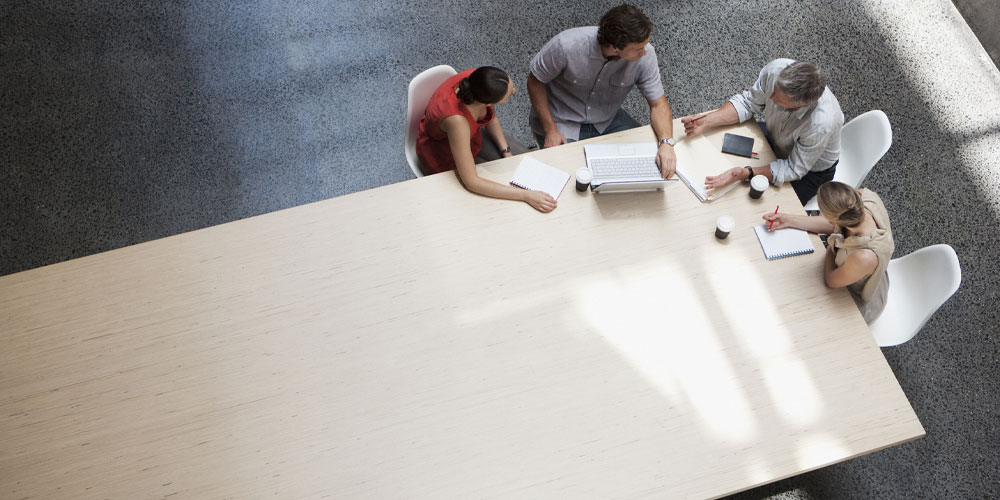 Win from Within: Build Organizational Culture for Competitive Advantage

One of the first business books I reviewed, back in 1992, was Corporate Culture and Performance, by Harvard Business School professors James Heskett and John Kotter. A few books explored organizational culture before it, most notably In Search of Excellence, by Tom Peters and the late Robert Waterman, but Corporate Culture and Performance was the first to try to quantify the economic returns of culture in a rigorous way. Thirty years later, Heskett, now 88 and professor emeritus, is still making the business case for corporate culture. 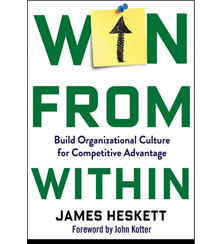 His new book, Win from Within, is a master class in building culture. It’s the kind of book that you can read in a few hours and then apply throughout your leadership career—which gets to Heskett’s thesis: most leaders don’t devote nearly enough time to managing the culture of their companies, and the time that they do spend on it is often wasted.

Heskett pins both problems to a flawed understanding of culture. “Strategy is hard; culture is soft,” he writes, beginning a list of common misconceptions. “The impact of a strategy on growth and profit can be measured, but that of a culture cannot. If you get the core values shared by everyone right, the rest will take care of itself. A strong culture helps assure good performance. To change an organization’s culture requires a long time. All of these assertions have been passed around in management circles over the years. And all of them are essentially wrong.”

Leaders who are loath to undertake a cultural change effort (often because they believe that they may not be around long enough to finish a firm-wide transformation) should take heart from Heskett’s arguments. “Basic efforts to lead substantial change…have to be completed in a reasonable time frame, often no longer than twelve months,” he writes. This doesn’t mean that culture should be approached in an ad hoc way; indeed, “the task of reshaping and sustaining culture never ends.” But it does mean that leaders can change and reenergize a culture that has gotten off track fairly quickly, as Satya Nadella did when he took the helm at Microsoft and John Legere did at T-Mobile. Heskett details a 14-point action plan set on a six-month timeline to support leaders who want to try it for themselves.

If you are one of these leaders, Chapter 3, which describes how to make a hard, data-backed business case to muster support for culture change initiatives, is likely to be especially handy. “The objective here is to explore the impact of culture on sales and profit—namely, by the numbers,” Heskett explains. “It’s not something that needs to be done over and over. In fact, one time may be enough to convince employees from every division, department, and function of the organization just how importantly culture contributes to their success as well as the success of the organization.”

There is little point in trying to create and maintain a competitive culture without a leader’s belief, enthusiasm, and passion.”

To make such a case, Heskett suggests quantifying a number of key metrics that link culture—manifest in employee and customer engagement—to performance and profit. They are employee referrals, employee retention, labor returns (productivity), customer referrals, and customer retention. The hard, quantifiable contributions that culture can deliver don’t stop there: Heskett believes that employee and customer engagement also bolster innovation, but he admits the evidence is limited. Nevertheless, he does point to a study that he and colleagues conducted at Caesars Entertainment, which found that the “seven star” customers (US$50,000-plus in annual value) enrolled in its loyalty program offered more than twice as many product and service improvement suggestions as the “gold” customers ($2,000 in lifetime value).

Win from Within’s content is more timeless than topical, but Heskett still provides readers a short chapter on a subject that many leaders are considering these days—how to preserve culture and support employee engagement amid the rapidly accelerating growth of remote work. He looks to the experience of established all-remote companies, such as Automattic and GitLab, for ideas. And he finds that leaders at these types of companies must take “extra effort to communicate across their organizations, ensure that middle managers (the key to remote work success) are doing the same, gather people on a face-to-face basis from time to time, and make sure that employees working remotely don’t ‘fall off the grid’ and become difficult to engage.”

Appropriately for a guide to managing culture, Heskett closes the book with a chapter describing 12 personal behaviors for leaders. Live the culture, starts Heskett, pointing to Bill Marriott, who wanted his hotel chain’s employees to think like owners—and modeled that behavior by picking up trash. Ensure fairness. Practice servant leadership. Be visible. The list goes on, but you’ve probably heard enough to know where this is going: “There is little point in trying to create and maintain a competitive culture without a leader’s belief, enthusiasm, and passion,” Heskett writes. Meaningful change, like many things, begins at the top.