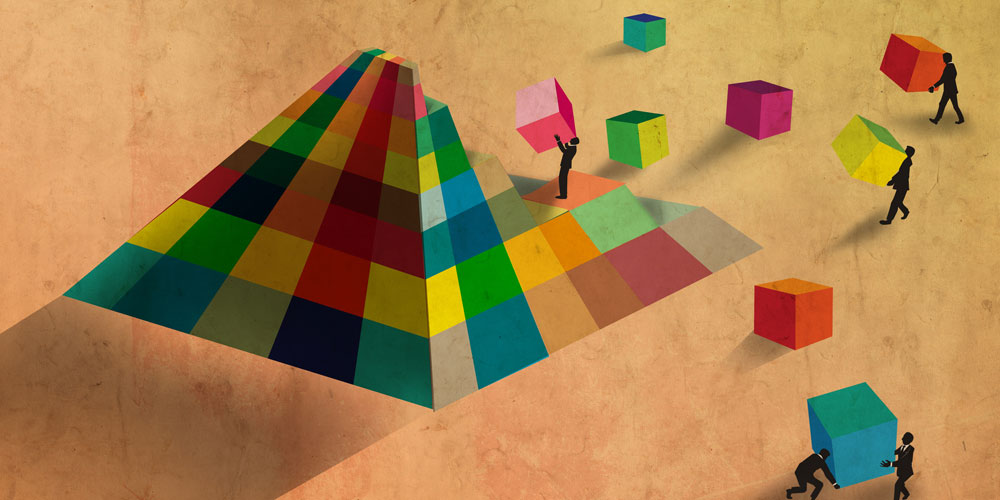 A few years ago, leaders at the Gates Foundation reached out to see if I could help them improve their culture. They already had a strong culture of performance: They hired world-class scientists and maintained excellence of execution. Their goal was to improve their learning culture, in which people have the humility to know what they don’t know and the curiosity to rethink the way they’ve always done things. 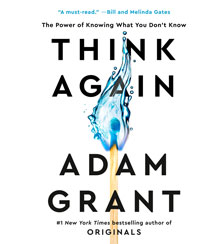 When I first arrived, people were whispering about the annual strategy reviews. It’s the time when program teams across the foundation meet with the cochairs — Bill and Melinda Gates — and the CEO to give progress reports on execution and collect feedback. Leaders were concerned that the pressure to present airtight analyses was discouraging people from taking risks. They often stuck to tried‑and‑true strategies that would make incremental progress rather than daring to undertake bold experiments that might make a bigger dent in some of the world’s most vexing problems.

The foundation of a learning culture is psychological safety — being able to take risks without fear of reprisal. Evidence shows that when teams have psychological safety, they’re more willing to acknowledge their own mistakes and figure out how to prevent them moving forward. They’re also more comfortable raising problems and exploring innovative solutions.

The standard advice for managers on building psychological safety is to model openness and inclusiveness: Ask for feedback on how you can improve, and people will feel it’s safe to take risks. To test whether that recommendation would work, I had launched an experiment with a doctoral student, Constantinos Coutifaris. In multiple companies, we randomly assigned some managers to ask their teams for constructive criticism. Over the following week, their teams reported higher psychological safety, but as we anticipated, it didn’t last. Some managers who asked for feedback didn’t like what they heard and got defensive. Others found the feedback useless or felt helpless to act on it, which discouraged them from continuing to seek feedback and their teams from continuing to offer it.

Another group of managers took a different approach, one that had a less immediate impact in the first week but led to sustainable gains in psychological safety a full year later. Instead of asking them to seek feedback, we had randomly assigned those managers to share their past experiences with receiving feedback and their future development goals. We advised them to tell their teams about a time when they benefited from constructive criticism and to identify the areas that they were working to improve now.

By admitting some of their imperfections out loud, managers demonstrated that they could take it — and made a public commitment to remain open to feedback. They normalized vulnerability, making their teams more comfortable opening up about their own struggles. Their employees gave more useful feedback, because they knew where their managers were working to grow. That motivated managers to create practices to keep the door open: They started holding “ask me anything” coffee chats, opening weekly one‑on‑one meetings by asking for constructive criticism, and setting up monthly team sessions where everyone shared their development goals and progress.

Creating psychological safety can’t be an isolated episode or a task to check off on a to‑do list. When discussing their weaknesses, many of the managers in our experiment felt awkward and anxious at first. Many of their team members were surprised by that vulnerability and unsure of how to respond. Some were skeptical: They thought their managers might be fishing for compliments or cherry‑picking comments that made them look good. It was only over time — as managers repeatedly demonstrated humility and curiosity — that the dynamic changed.

At the Gates Foundation, I wanted to go a step further. Instead of just having managers open up with their own teams about how they had previously been criticized, I wondered what would happen if senior leaders shared their experiences across the entire organization. It dawned on me that I had a memorable way to make that happen.

A few years earlier, our MBA students at Wharton had decided to create a video for their annual comedy show. It was inspired by Mean Tweets, the late‑night segment on Jimmy Kimmel Live! in which celebrities read cruel tweets about themselves out loud. Our version was Mean Reviews, where faculty members would read harsh comments from student course evaluations. “This is possibly the worst class I’ve ever taken in my life,” one professor read, looking defeated before saying, “Fair enough.” One of my own was “You remind me of a Muppet.”

I made it a habit to show that video in class every fall, and afterward the floodgates would open. Students seemed to be more comfortable sharing their criticisms and suggestions for improvement after seeing that, although I take my work seriously, I don’t take myself too seriously. I sent the video to Melinda Gates, asking whether she thought something similar might help with psychological safety in her organization. She not only said yes; she challenged the entire executive leadership team to participate and volunteered to be the first to take the hot seat. Her team compiled criticisms from staff surveys, printed them on note cards, and had her react in real time in front of a camera. She read one employee’s complaint that she was like Mary F***ing Poppins — the first time anyone could remember hearing Melinda curse — and then explained how she was working on making her imperfections more visible.

To test the impact of her presentation, we randomly assigned one group of employees to watch Melinda engage with the tough comments, a second to watch a video of her talking about the culture she wanted to create in more general terms, and a third to serve as a pure control group. The first group came away with the strongest growth mindsets — they were inspired to recognize their shortcomings and work to overcome them.

But mindsets aren’t enough to transform a culture. Although psychological safety erases the fear of challenging authority, it doesn’t necessarily motivate us to question authority in the first place. To build a learning culture, we also need to create a specific kind of accountability — one that leads people to think again about their decisions.

To build a learning culture, we need to create a specific kind of accountability — one that leads people to think again about their decisions.

In performance cultures, people are held accountable for results: Did their projects succeed or fail? But social scientists find that focusing only on outcomes makes it too easy for people to continue with ill‑fated courses of action. It isn’t until a high‑stakes decision goes horribly wrong that people pause to reexamine their practices. Focusing on results might be good for short‑term performance, but it can be an obstacle to long‑term learning.

In learning cultures, people don’t stop keeping score. They expand the scorecard to hold others accountable for processes as well as outcomes. Even if the outcome of a decision is positive, it doesn’t necessarily qualify as a success. If the process was shallow, you were lucky. If the decision process was deep, you can count it as an improvement: You’ve discovered a better practice. If the outcome is negative, it’s a failure only if the decision process was shallow. If the result was negative but you evaluated the decision thoroughly, you’ve run a smart experiment.

The ideal time to run those experiments is when decisions are relatively inconsequential or reversible. In too many organizations, leaders look for guarantees that the results will be favorable before testing or investing in something new. It’s the equivalent of telling Gutenberg you’d only bankroll his printing press once he had a long line of satisfied customers — or announcing to a group of HIV researchers that you’d only fund their clinical trials after their treatments worked.

Requiring proof is an enemy of progress. This is why companies like Amazon use a principle of disagree and commit. As Jeff Bezos explained it in an annual shareholder letter, instead of demanding convincing results, experiments start with asking people to make bets. “Look, I know we disagree on this, but will you gamble with me on it?” The goal in a learning culture is to welcome these kinds of experiments, to make rethinking so familiar that it becomes routine and people don’t hesitate to pitch new ideas.

In performance cultures, people often become attached to best practices. The risk is that once we’ve declared a routine the best, it becomes frozen in time. We preach about its virtues and stop questioning its vices, no longer curious about where it’s imperfect and where it could improve. Organizational learning should be an ongoing activity, but best practices imply it has reached an end point. We might be better off searching for better practices.

That’s what we were after at the Gates Foundation. When Melinda and her colleagues shared their mean reviews, some of the power distance evaporated. Afterward, employees weren’t afraid to dish it out — they knew their leaders could take it. People were less afraid to be vulnerable and more likely to reach out to senior leaders with both problems and solutions. In performance cultures, people are determined to prove themselves. But in learning cultures, people are more interested in improving themselves — and the organization around them.