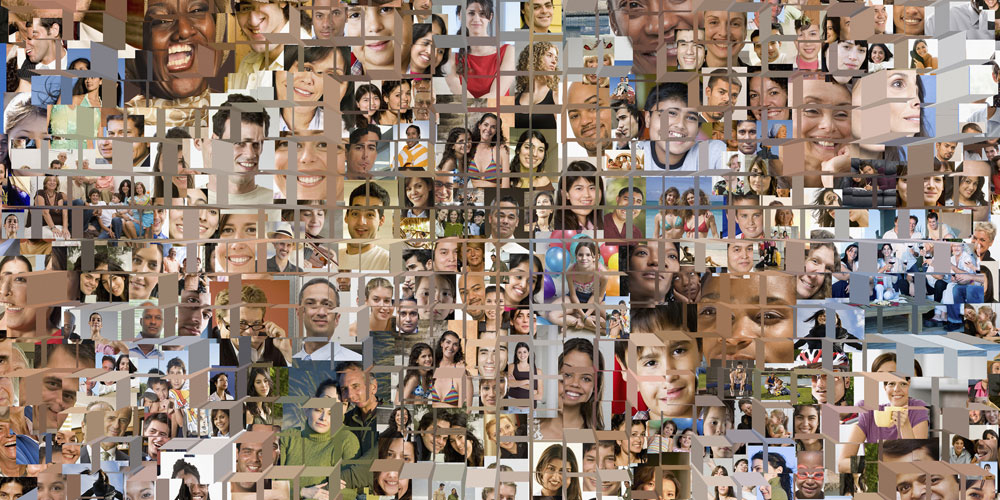 When David Rockefeller, grandson of oil magnate John D. Rockefeller and CEO of Chase Manhattan Bank in the 1970s, liked something, he really liked it. He liked collecting beetles, and left a horde of 150,000 specimens to Harvard on his death. He also liked collecting people. His Rolodex (remember those?) contained more than 100,000 contacts; laid out end to end, its cards would have stretched 16 miles. 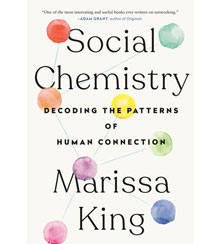 In the terminology of personal networks, Rockefeller’s custom-made Rolodex is a good example of an “expansionist network,” according to Marissa King, a professor of organizational behavior at Yale School of Management. In her book Social Chemistry, a wide-ranging but rather unconnected exploration of how we connect with other people, King explains that expansionists “have extraordinarily large networks, are well-known, and have an uncanny ability to work a room.” Expansionists create value by connecting contacts to each other. They are collectors and manipulators of what sociologist Mark Granovetter identified as “weak ties.”

But size doesn’t really matter when it comes to networks, says King. Rockefeller, for example, had to overcome the inherent difficulties of maintaining and leveraging an expansionist network by recording detailed information about his contacts on his Rolodex cards. When the Wall Street Journal got a peek after Rockefeller died at age 101 in 2017, it reported that there were 35 cards documenting his meetings with Henry Kissinger dating back to 1955. What really matters is the quality of your contacts and the structure of your network.

In addition to expansionists, explains King, there are two other common network structures: brokers and conveners. Brokers create value by ferrying information between their contacts in different networks. “Their networks have huge information benefits and are highly innovative, since the majority of new ideas come from recombination,” she writes. Cosimo de’ Medici, the banker who ruled Florence in the 15th century, was a broker. He used his central position in overlapping networks to ensure that his family controlled the city-state during much of the Italian Renaissance.

Conveners have dense, closed networks of interconnected contacts. Their networks feature outsized trust and reputational benefits. “Decades of research in settings ranging from families in the United States and employees in global corporations to Maghribi traders in the eleventh century has consistently found that network closure—when your friends are also friends with each other—leads to trust,” King writes. Anna Wintour, the formidable editorial director of Vogue and chief content officer for Condé Nast, is a convener. She deploys her tight-knit phalanx of A-listers like a general.

A CEO or business head may be best served by a convener style that provides a dense, interconnected network, such as a close and coherent executive team.

King devotes a chapter to each of the three network types, describing their topographies, advantages, and disadvantages, and how to build and manage them. But they are less delineated than they may sound. “There is no one best or right network,” she writes. “Based on my analysis of close to a thousand individuals’ networks, I’ve found that one out of three people don’t have a clearly defined style. An additional 20–25 percent have a mixed style—they are simultaneously brokers and expansionists, conveners and expansionists, and so on.”

There is a degree to which King’s typography of networkers calls to mind Malcolm Gladwell’s work in The Tipping Point, in which he described the influence of mavens, connectors, and salespeople. And at times, King references some of the same people who played an important role in Gladwell’s work. For example, chapter 6, features evangelist Rick Warren, who combined network topographies in a model that Malcolm Gladwell dubbed “the cellular church.” It’s a network of networks with the Saddleback megachurch acting as a huge expansionist network composed of small prayer groups, which serve as convener networks.

King also explores the idea of shifting your network style according to your current career needs, citing sociologist Ronald Burt’s work on network trajectories. In terms of career stages, an expansionist style may be well suited to a new, young employee, opening access to the company at large. A broker style can support a middle manager, whose success relies on information and resources that others control. Whereas a CEO or business head may be best served by a convener style that provides a dense, interconnected network, such as a close and coherent executive team.

The rest of the book is only loosely connected to the three network styles. There are chapters on how to connect with people in one-on-one situations, how to avoid undermining relationships, and how to maintain a professional network without wreaking havoc on your work–life balance. These are all general overviews, which are mainly supported by longish stories and previous research, such as the six degrees of separation and Amy Edmondson’s work on psychological safety. They tend to roam pretty far afield, too. Should you make eye contact with strangers? Yes, look into their eyes, but don’t look too long or it can get creepy.

In all, Social Chemistry is an olio of research and advice on networking and connecting with others. It works best as a primer: It’s readable, and if you aren’t already familiar with its topics, you will find it eye-opening.