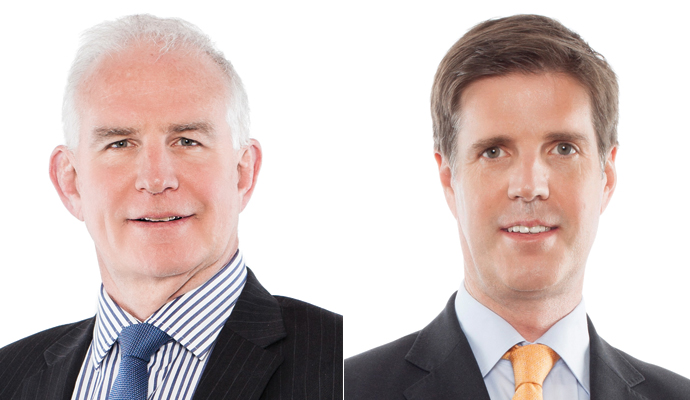 The rise of the activist investor is typically seen as a challenge to existing management. An outside investment fund, often coming in as part of a hostile takeover, forces management to cut costs and reins in the company’s ambition, frequently seeking to boost its stock price and sell. But what if, instead, activist investors followed a business model based on figuring out the capabilities of companies they wanted to buy and improving them for long-term success? They would have to change the way they operated, building relationships with the existing management of the companies in which they bought a stake, and assuming that the best results come from collaborative learning between the investors and the enterprise.

In the wake of the financial crisis of 2008, the leaders of a sovereign wealth fund in Queensland, Australia, QIC (Queensland Investment Corporation) — sought to do just this. Previously, QIC’s private equity program had made its investments mostly via other investment management firms, delegating many decisions to them. Now, they would get more closely involved with the private companies they invested in. They recognized this would mean reframing their view of their own capabilities, and they sought a way to move away from conventional thinking about the private company investment program.

An emerging body of work in neuroscience deals directly with this challenge. It suggests that, just as people get caught up in counterproductive thinking, organizations get trapped by their own collective assumptions. Neuroscientist Jeffrey Schwartz refers to these counterproductive assumptions as deceptive messages, and the way to manage them is not to suppress them but to become aware of them: to bring them to the surface in conversation, look dispassionately at their prevalence and effect, and consciously reframe them. To reframe a message one must repeatedly replace it with a different message, until the new message becomes part of the organization’s everyday discourse.

The investment world has struggled with a number of deceptive messages over the years. Before the crisis, for example, it was easy to believe that rapid growth was inevitable in many industrial sectors because the business world had finally figured out how to sustain it. The crisis revealed that belief to be invalid, and another deceptive message became prevalent after 2008: Entrenched management is always vulnerable to disruption, and needs to be cut back to the bone. But some incumbent companies have weathered the crisis. A third deceptive message, prominent in QIC’s story and still common today, is that only fund managers, as a group, have the skills to turn companies around. In reality, the value of a deal depends on a much more nuanced and varied group of factors, including the ability of diverse players to think and work together.

The investment world has struggled with a number of deceptive messages over the years.

Two senior leaders of QIC — Damien Frawley, chief executive officer, and Marcus Simpson, head of global private equity — spoke with strategy+business as part of an ongoing research project on neuroscience and effective leadership, for a forthcoming book. They talked about becoming aware of the messages that held their company back, developing a new narrative to replace those messages, and reorienting their activity around this new way of thinking.

S+B: This story starts with the financial crisis. How did the crisis change your views?
SIMPSON: I had started as the head of private equity at QIC just a few years before, in 2005. At that time, we invested largely through funds raised by a broad group of managers. Almost all our exposure was made through these funds, consistent with the [prevailing] model at that time. These managers charged high fees, but made money for their clients, including us. They got very rich. And our staff tended to think of them as masters of the universe.

Then came the crisis. Suddenly, fund managers were more interested in partnering with us. With the declining global supply of fund capital, they had less capital to manage under their juicy fee structure, but still wanted to invest.

In the early days of the crisis, we still relied on the fund managers. But at the same time, the shock to the investment system was so strong that we went back to first principles of what drove superior returns in private companies. We wondered if we could develop more control over what we did, investing directly in companies and partnering with our managers, with a better mix of risk and return than a pure fund portfolio could give us. But we weren’t sure we could succeed. We still had a deceptive message in our culture. Some members of my team would say, “Those fund managers are amazing. We’re never going to have that skill set.”

The heads of many management funds have a view that only they have the talent and skills to succeed, which is also a deceptive message. One of them said to me, just a couple of months ago, “You guys are doing well now, but you’re going to screw up, because only we can hire and pay up for the best people.”

S+B: So you had to reframe those attitudes within your firm.
SIMPSON: Yes. We had to work with all stakeholders. We had to transform the thinking of our private equity team making the investments. We also had to get the support of our chief investment officer, our investment committee, and the board. We had to give them confidence that we could accomplish our goals.

We were still developing this capability in 2012, when Damien Frawley joined us as CEO. We explained the story to him by using examples of direct investments we had made. By this point, we would regularly get involved in transforming the operations of the companies we invested in. More recently, Damien has been helping us build a novel approach for direct investment in the Australian beef sector. He grew up on a farm and remains connected to that industry. He also really understands how to match investment capabilities and opportunities to what pension funds are seeking for their portfolios.

We have produced outstanding returns for our clients: 19.1 percent net per annum since inception in 2005 for our foundation client, or 5.1 percent per annum above the public market equivalent. The evolved parts of our strategy are contributing to these returns, with the older model a lesser contributor.

We no longer frame what we’re doing as conventional investment. We’ve started calling it “modern private equity.” We also now invest outside conventional areas (for example, in agribusiness) and take much more control over the portfolio than traditional investors would. We get more involved and we incorporate new learning, new findings, and new developments as we continue to refine this modern model.

FRAWLEY: All of this happened within the context of being a government-owned business. Our heritage as a sovereign wealth fund means we are a financial entity owned by the provincial government. The government isn’t very involved with our decisions; it allows us to get on and do the job. In my experience, there are more internal politics in big global businesses.

But at the same time, the association with the government had affected the way our people perceive themselves. When I joined QIC, I found some of the most entrepreneurial and commercially minded fund managers I’d ever worked with. But because they sat within a government-owned business, neither they nor anyone else was fully aware of this skill set.

Once our view of ourselves began to improve, and we were more successful in our endeavors, our global reputation improved as well.

S+B: You’re explicit about neuroscience — being aware of human behavior and letting that awareness guide your decisions. How does that translate into day-to-day activity?
SIMPSON: There’s both art and science in what we do. On the art side, we gain a fair amount of skill by watching human behavior, our own and that of the people we invest with. For example, after the financial crisis we were constantly asked, “Why aren’t you doing more in Asia?” We were looking at the behaviors — at the way people acted with respect to pricing equities. It wasn’t the financials that convinced us to be cautious; it was the quiet recklessness, compared with the way people had acted before. Quite often, we said, “That’s not for us,” on a deal that others leaped to make. And we prospered accordingly.

FRAWLEY: To reframe the way people behave, you have to give them the right context. The fund management sector in Australia is one of the most competitive financial-services sectors in the world. There is an enormous pressure on fees, and competition from around the world, particularly for the types of alternative investments that we manage.

When the board hired me, they asked me to shift the organization toward a more external-facing position: to make use of some of our fantastic operational expertise in improving the companies we invested in. To accomplish this, we had to tell a better story to the outside world. We also had to operate in a more coordinated manner. In the past, we had very good investment areas largely doing their own things, under the umbrella of QIC. We shifted to pull those all together. We needed to get Marcus and the other investment team leaders to work together and to feel a sense of ownership for the whole organization and where we wanted to take it.

S+B: Did you get these senior, experienced, capable people to look at things in new ways?
FRAWLEY: It wasn’t easy. We had to show them, particularly the fund managers, that there was a material benefit in signing on to a more unified and slightly more interventionist approach.

SIMPSON: We deliberately assembled a team of people with different personalities. We’ve figured out ways to work together and to have tough conversations. Some people are more tied to old behaviors and others really want to push further [into new types of investment], but all are connected ultimately by similar values and experiences. This balance is really useful, because when I have a wild idea I’ll receive a wide range of views. It has been frustrating at times, but I believe it has produced better outcomes for our clients. 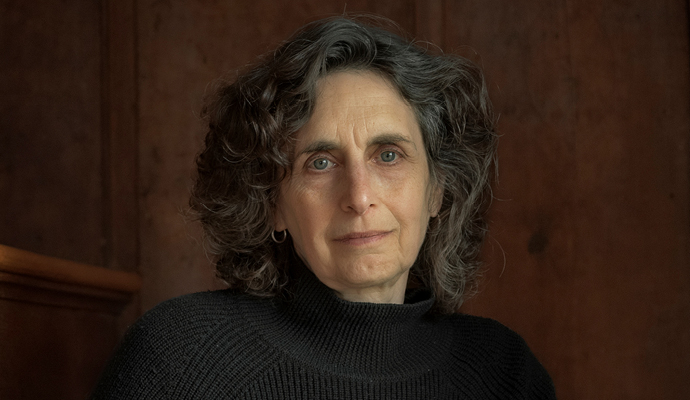 How innovation has been the twist in our climate change story
Human ingenuity has gotten us into a global environmental crisis. According to Pulitzer Prize–winning author Elizabeth Kolbert, it also has the potential to get us out.
by Amy Emmert
Digital issue