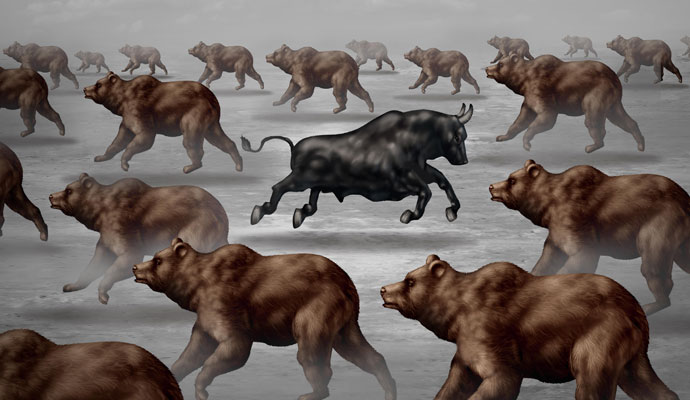 Every business leader fears getting a certain kind of letter. It comes from an activist shareholder who has acquired at least 5 percent of the company’s stock and wants to have a meeting. You can’t just tell the investor to take a hike; that might lead to a battle to take over the company’s board and C-suite. And anyone who doesn’t want to hear what he has in mind should rethink that idea. We are living in a time when an activist just might have some good ideas for an operational overhaul — even if the advice is painful to hear.

Activism as we know it dates back to the 1980s- and 1990s-era private equity masters of the universe who relied on financial engineering, with their eye on short-term gains. The grandfather of shareholder activism, Carl Icahn, is still out there railing for stock buybacks reminiscent of his days as a corporate raider in the 1980s. But Icahn also owns or controls 11 companies that he’s trying to fix. When the private equity crowd found there were limits to financial engineering (for one thing, companies started doing it on their own), they began to focus on operational excellence. Hedge funds and other shareholder activists have taken cues from the private equity playbook. Some of the more noteworthy examples of successful shareholder activism have been episodes in which the activist arrived intent on overhauling the operations of the company in ways that would boost its long-term value.

The massive amount of money that activists now have to throw around has a lot to do with the shift to a longer-term view. Because they have billions to invest, they can take on bigger companies, where structural changes are often needed to turn things around. Moreover, after serving on corporate boards, the activists have gained management experience and aspire to be captains of industry, not just stock pickers. At the end of last year, activist hedge funds controlled more than US$115 billion in investment capital, according to Hedge Fund Research. As these players have become more sophisticated, they have been able to deliver long-term gains to the companies they go after, according to a Harvard study published last year. In that study, the authors found that operating performance was at its highest in the fifth year following an activist involvement.

One way activists can force positive change may be particularly scary to management: installing a visionary, experienced CEO. That’s what happened at Canadian Pacific, a 135-year-old railroad headquartered in the western province of Alberta. The campaign waged by Bill Ackman’s Pershing Square Capital Management is one of the most successful in a career of some notable hits, along with a few prominent misses. Pershing Square ranked number 10 on the 2016 Activist Top 10 list (pdf), an annual ranking from Activist Insight magazine and the law firm Schulte Roth & Zabel, based on such criteria as number, size, and average annualized stock price performance of the companies targeted for activism.

Canadian Pacific (CP) was what Ackman called “the worst railroad by a long shot in North America” on just about every metric when he launched his campaign in the fall of 2011. The transcontinental freight railroad, whose 14,000 miles of track traverse the rugged Canadian Rockies and also reach into the northeastern U.S., had the worst profit margins and net income in the industry and was losing market share. Its then CEO, Fred Green, a 30-year CP veteran, had been in charge for five years, and shareholder returns had fallen 18 percent while rivals experienced double-digit gains.

Ackman’s approach wasn’t to find a merger partner or perform financial legerdemain; he wanted to see changes that could be accomplished only by bringing in new management to turn around the company. The campaign worked because the perfect CEO — Hunter Harrison, considered a legend in the railroad industry — was available. Harrison had already undertaken two such turnarounds, including one at Canadian Pacific’s archrival, Canadian National.

Because CP was such a laggard at the time, the idea of change wasn’t a hard sell. In May 2012, an unprecedented 90 percent of shareholders voted for the Pershing Square slate of seven directors, which included Ackman. In June of that year, Canadian Pacific hired Harrison.

Harrison had coined a term for his approach: precision scheduled railroading, which was a means of keeping trains running often and running on time. The approach can introduce a high degree of culture shock in a 19th-century industry whose basic mode of operation hasn’t changed in decades. At Canadian Pacific, it required cutting management as well as the heavily unionized workforce by nearly 30 percent, much of it accomplished by attrition. The railroad also shed hundreds of older locomotives and 11,000 cars, resulting in longer trains and less engine idling, which in turn led to an improvement in fuel efficiency. The change reduced the time trains spent in terminals by 19 percent and increased the network’s speed. Under Harrison’s watch, the company also increased its fuel efficiency and boosted its safety record.

The downturn in commodities has hurt CP over the past year (and led to an ill-fated and now-abandoned merger attempt with Norfolk Southern). But there’s no denying Harrison’s success in making the railroad a better company. Ackman, who is known for his wide-eyed optimism, actually understated the growth potential. In 2012, he predicted that under Harrison, the railroad would see annual revenue growth of 6 percent by 2015. Actually, revenues hit a record $6.7 billion that year, an increase of almost 30 percent since 2011. Ackman sold the last of his stake in August 2016, but said he would remain on the board until 2017.

Successful activism doesn’t always have to go quite so far as Ackman did with Canadian Pacific, however. At Darden Restaurants, a combination of cutting out management fat and making a few operational tweaks to please customers, along with a certain amount of financial engineering, turned out to be all that was necessary.

The battle over Darden became fixed in the public imagination when activist Jeff Smith, founder and CEO of Starboard Value LP (number four on the 2016 Activist Top 10 list), criticized its flailing Olive Garden brand for its mushy breadsticks and lack of salt in the pasta water. But before Starboard took its 5.6 percent position in December 2013, Barington Capital, a small, well-respected activist firm run by James Mitarotonda, was already shaking things up. Barington, with a mere 2 percent stake, met with Darden management following a drop-off in revenues at the company’s two biggest chains, Olive Garden and Red Lobster, and laid out a restructuring plan for both. It also suggested putting Darden’s real estate holdings into a real estate investment trust.

Darden itself was a hodgepodge of restaurants that had all been bought by General Mills, which spun them off as a unit in 1995. In a continuation of the spin-offs, Darden took Barington’s advice and decided to sell Red Lobster. That’s when Smith joined the battle, engaging in a scorched-earth campaign of public letters and PowerPoint presentations that lambasted the company not only for selling Red Lobster at what he called “a fire-sale price” [pdf]), but also for ignoring the objections of a majority of shareholders. As a result of Darden’s recalcitrance, Starboard was able to take total control of the Fortune 500 company, which had $8.5 billion in sales at the time, by replacing the entire board and naming Smith as chairman.

The boardroom coup was a wake-up call to corporate management everywhere: Activist investors can’t be ignored. But although the action seemed to presage an entirely new approach, Smith did not bring in a new team and totally remake the company. Instead, after ousting long-term CEO Clarence Otis, he decided to take advantage of the institutional knowledge within the company, and promoted president Gene Lee to CEO. Darden’s corporate heritage had stuck it with layers of management bureaucracy, which Lee quickly cut, giving the eight restaurant brands more autonomy. Previously, chefs had been rotated among the different chains, leading to some weird dishes such as Italian hamburgers at Olive Garden. The new CEO abolished that practice, and Olive Garden returned to its Tuscan roots.

The boardroom coup was a wake-up call to corporate management everywhere: Activist investors can’t be ignored.

Chain restaurants have a history of becoming tired very quickly, and the Darden turnaround is still in its infancy, but so far the changes have been good for the company’s performance. During the third quarter of fiscal 2016, which ended June 30, Darden's same-restaurant sales jumped 6.2 percent, then rose another 2.2 percent in the fourth quarter.

Smith’s focus on the restaurant business follows in the footsteps of 74-year-old Nelson Peltz, the quintessential hands-on hedge fund activist. Peltz, who likes to call himself a “constructionist,” spent decades working in a family food business to give himself operational experience few finance mavens can match.

Peltz’s success at Wendy’s, where he is the non-executive chairman, results from one of the longest activist campaigns around. Trian Fund Management (number five on the Activist Top 10 list in 2016) first took a 4.9 percent stake in Wendy’s in 2005, three years after Dave Thomas, the burger chain’s founder, died. Thomas’s death had left the company floundering. Although Wendy’s had experimented with its menu, including salad bars and chicken sandwiches — often far ahead of its rivals — customers seemed to be losing interest in the signature burger, which hadn’t changed since the company began in 1969. Without Thomas, who had become the public face of Wendy’s in TV commercials, the branding strategy wasn’t clear. Market share, operating income, and margins were falling, leading Peltz to propose a plan to refocus Wendy’s on its core products. By 2006, the company had decided to sell all of its Canada-based Tim Hortons eateries, and the next year, Peltz and his partners were voted onto the board. In 2008, Wendy’s was merged with Arby’s, which was controlled by Trian.

The fast food business has become a favorite for activists, as shifts in consumer taste and demands for higher-quality food have played havoc with the bottom line for many of the oldest chains, making them prime candidates for massive overhauls. In addition to unloading ancillary businesses (and the company aircraft), Peltz led Wendy’s to become an innovator in selling its company-owned restaurants to franchisees, a strategy accelerated in 2013. By the end of 2016, 95 percent of the Wendy’s restaurants in the U.S. will be franchises, which pay rent and a royalty fee of 4 percent to the corporation and motivate the people who run its restaurants to act as small business owners. The company, of course, has a lower overhead as a result.

In 2011, Peltz sold off Arby’s, then hired fast food marketing veteran Emil Brolick as CEO at Wendy’s to jazz things up. (Brolick retired in May 2016.) By 2013, the chain had introduced a pretzel bacon cheeseburger that wowed customers just as the gourmet burger trend was taking hold at the high end of the market. Over the past five years, shares have doubled, making the investment Trian’s best performer. Trian still has several people on Wendy’s board, including Nelson Peltz’s son Matthew.

To be sure, activists still call for share buybacks when stock prices sag, and often engage in a fair amount of financial engineering. But the reality is that today’s shareholder activists are putting billions of dollars and their own reputation at risk. Sometimes their ideas can be a win for everyone involved.