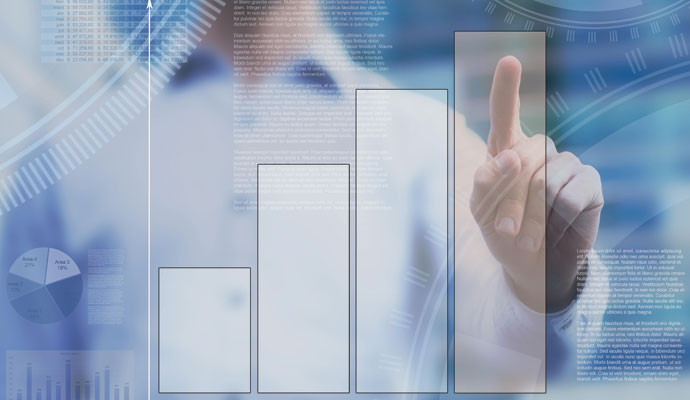 Many U.S. companies are battling persistent economic headwinds as they strive to attain profitable growth. Executives are finding that the growth levers that have traditionally served them well — boosting volume, pushing up prices, cutting costs, and investing in growth opportunities — have become less effective.

One overlooked lever, however, offers a path toward sustainable, profitable growth: Improving the mix of the products and services a company sells, the customers to whom it sells, and the geographic markets in which it operates. For any company, profitable growth opportunities are almost always highly concentrated within its products, customers, and geographies. Some segments can generate profits 10 to 100 times higher than other segments. Mapping these variances, then growing the most profitable segments and focusing cost improvements on the least profitable ones, can yield sustainable, profitable growth, even in the face of economic headwinds.

Despite diligently planning and executing smart moves, leading companies in mature industries remain at the mercy of the broader macroeconomic and competitive environment.

Boosting volume — or growing revenue — has been far more challenging in the recent environment than in previous decades. In the expansion (1992–2000) that followed the recession of 1990–91, annual U.S. GDP growth averaged close to 4 percent. In the six-year expansion following the brief 2001 recession, average growth clocked in at close to 3 percent. But in the seven-plus years since the end of the 2007–09 Great Recession — the longest and deepest downturn since the Great Depression — average annual GDP growth has lingered around 2 percent.

Raising prices has likewise been tough to justify in the past seven years. In the U.S., inflation averaged 2.7 percent per year in the 2001–07 expansion. But since the Great Recession, inflation has averaged only 1.5 percent.

The tried-and-true tactic of cutting costs to improve margins is also becoming more difficult. Management teams have been aggressively reducing costs since 2008, and most run lean operations — partly in response to consistent pressure from institutional and activist shareholders. PwC analysis forecasts that operating margins for the S&P 500 will reach 14.5 percent in 2016, well above the 12.1 percent rate that prevailed from 2000 to 2007.

The ability to invest in growth-oriented capital projects is likewise constrained, thanks to capital-market pressure to return cash to investors and a perception that there are fewer opportunities for profitable growth. R&D and capital expenditures as a percentage of cash from operations (adjusted to exclude R&D) averaged 13 percent and 33 percent post-2009, respectively, for companies in the S&P 500. That’s significantly below the 23 percent of cash flows invested in R&D and 40 percent in capital expenditures between 2001 and 2007. Meanwhile, companies are plowing a higher chunk of revenues into their own stock. Share buybacks grew at a compound annual rate of 15 percent between 2009 and 2015, compared with profit growth of about 8 percent.

If traditional line-item levers — volume, price, cost, and capital — either have been exhausted or are yielding diminishing returns, what else can management teams do? Well, they could turn to a significant but underutilized value driver.

It’s tempting to think that in rationally managed large organizations, every unit, every region, and every customer contributes equally to profits. Reality, however, is a little messier. In fact, as noted above, in almost every company and market, value creation is highly concentrated by product, by customer, and by geography. In many markets, one-third of customers or products typically generate more than 100 percent of the company’s value, while one-third create no value and the remaining third actually consume value. Although it can be frustrating, this concentration provides a tremendous opportunity to increase profitability and value. Armed with granular knowledge about mix, companies can focus resources on gaining share in the most profitable product, customer, or geographic segments, while improving the profitability of the least profitable segments.

To demonstrate the profit-creating power of improving mix, take a hypothetical company with three segments that each generate US$100 million in revenue but that make notably different contributions to the company’s $20 million in annual profits (see exhibit). The company’s top-line goal is a 10 percent increase in revenue and an increase of 100 basis points in market share. If the company grows and invests evenly (Scenario 1), each segment would grow 10 percent, total revenue would rise to $330 million, profits would grow to $22 million, and the overall margin would stand at 6.7 percent.

But look at what would happen if the company took a mix-based approach (Scenario 2). Let’s say the company focuses on growing its most profitable segment (A), while maintaining the profitability of its middle segment (B), and improving the bottom line of the money loser (C). Revenue would rise to $330 million, but profits would grow more impressively to $31 million — a 50 percent increase over Scenario 1.

To see how this works in a real example, consider the case of a U.S. regional bank that recently analyzed its customer portfolio in an effort to improve shareholder returns. Management found that close to 100 percent of the value creation was concentrated in relationships with affluent business owners. These customers often had multiple, separate business and personal accounts — a fact that wasn’t being detected by the legacy systems, which focused on products and accounts instead of customer relationships. As a result, the bank was treating these valuable customers the same way it treated its less profitable and less affluent retail banking customers; it had started to raise their fees and cut their services, which caused the bank to lose share in this segment to competitors.

Once management identified these affluent customers and recognized the total value of the relationships, the bank introduced product and service offerings to first retain, and then grow, this very profitable segment. Within a year, the bank was gaining market share — and it almost doubled its profitability.

The same level of concentration exists in nearly every other industry. For example, an assessment conducted for an automotive supplier found that value was extremely concentrated. Only 10 percent of the thousands of parts it produced drove 100 percent of its value, while 10 percent consumed value and the remaining 80 percent did little more than add complexity. Armed with this information, management was able to aggressively renegotiate its prices for the least profitable parts, refocus its sales and engineering resources to drive sales of its most profitable parts, and greatly reduce the complexity of its manufacturing facilities by being more selective about the low-value parts it produced. The results have been nothing short of remarkable; the company has established a clear path to improve profits by more than a factor of 10!

Analyzing the variances in product, customer, and geographic profitability can also help companies better identify and capture synergies in a business it would like to acquire. Many companies make the same mistakes in assessing acquisition candidates that they do in valuing their own business portfolio. The vast majority of due diligence projects, for example, examine products, customers, and geographies only at the revenue or gross profit level, and fail to discern the economic cost of serving the segments within those categories. As a result, synergies that could have come from enhancing customer and product mix are not identified, resulting in missed pricing on the sale side or missed synergy recapture on the buy side. Companies can enhance the pricing and the value of their acquisitions during due diligence by asking additional questions about segment profitability and assessing the potential to grow the most profitable segments and improve the margins of the least profitable segments.

Management teams typically have a difficult time improving the mix because they haven’t developed the analytical tools or organizational capabilities that enable them to identify the value concentration within their businesses, and to adjust their portfolio accordingly. Companies that have successfully improved their portfolio mix follow a three-step process:

1. Mapping value. Develop heat maps that show where and why value is concentrated, both in the company and in its markets, and where it will likely migrate in the future. Draw three different types of heat maps: First, an internal heat map that divides company data into customer, product, and geographic segments, and leads to the development of a P&L statement and balance sheet for each segment. Second, an external heat map of market profit pools based on the profitability of all competitors serving that segment. Third, a heat map of future profit pools that applies industry trends on volume, pricing, and cost-to-serve to get an estimate of where value is likely to be concentrated in the future.

2. Charting a plan. Translate heat maps to a profitable growth agenda. You must distill the wealth of good information embedded in heat maps into a short list of large value improvement areas. These areas usually include areas in which you can improve mix through accelerating organic growth and acquisitions or limiting exposure in a certain segment, as well as operational improvements.

3. Embarking on a path. The last step is to implement a new agenda for profitable growth. This starts with thoughtful evaluation of alternatives for addressing the highest-value opportunities. These options should be rigorously evaluated on the basis of value potential and risk. Once the path has been identified, companies need to create detailed execution plans that include specific actions, milestones, accountabilities, key performance indicators, and financial resources.

In the aggregate, U.S. businesses have been very successful in improving operations and profits in the face of challenges during this economic expansion. But in business, as in investing, past performance is no guarantee of future results. And companies are finding that as the economic cycle lengthens and matures, the same factors and resources that propelled profits impressively may no longer prove as effective. Rather than continue to push the same levers with more force and frequency, companies would be well advised to take a fresh look at the powerful lever of mix.