In 2005, New York Times columnist Thomas Friedman published a book called The World Is Flat, in which he argued that the distinction between developed and emerging market countries is rapidly disappearing. The globalized economy makes moving factories to China, programming to the Philippines, and customer-service centers to India more feasible for companies from higher-cost industrialized nations.

I wouldn’t exactly disagree with his conclusion, but I would modify it a bit, and assert, instead, that the world is liquid. Indeed, today’s world is so fluid and changing that it is more akin to white water and riptides than to a plateau. And if you consider the power of rivers to cut through hard rock — America’s Grand Canyon being a perfect example — liquids are powerful enough to change the course of nature.

But there’s another quality of liquids that I find especially relevant to the challenge of leadership in today’s world: their ability to create solid connections without being rigid. Those of us of a certain generation (or owners of high-performance sports cars) can relate to the differences between manual and automatic transmissions — particularly the way that the liquid in automatics couples the transmission to the engine so fluidly that gears seamlessly and solidly shift without the rigidity and narrow tolerances of standard transmissions. In the liquid world of the globalized economy, solid connections play a similarly invaluable role; in this case, taking the form of leadership and linkages with other people.

Leaders face obstacles in every dimension. That is why they need clear vision and priorities; consistent measures of success; and informed, but timely and unambiguous, decision making. These are all essential components of solid leadership in a liquid world.

In large part, this means making sure that everyone understands where we as leaders believe that our organizations are going, why, and what trade-offs should be made to achieve the most important priorities. It sounds pretty straightforward, although in reality it is anything but. Our followers need to understand the precise destination, they need to understand the urgency of the mission, and — when push comes to shove — they need to know what comes first, whether it is expediency, economy, or another overarching principle. If nothing else, the job of a leader in any organization is to make it clear what the priorities are when it’s time for trade-offs to be made.

In January, I participated in a panel on “Leading in a Networked World” at the World Economic Forum in Davos, Switzerland. I made the point that leadership attention is perhaps the scarcest resource in today’s highly networked world. The amount of information, the compressed time frames, and the huge span of control in our extended enterprises can be overwhelming.

There’s no question that the buck stops here. And we’ve seen that shareholders, juries, and the American public have very little patience for a leader’s excuse that he or she wasn’t aware of what was going on. We must understand and decide — but we don’t personally have to execute. Our trusted colleagues can do that.

To embody these three qualities of leadership — communicating what comes first; institutionalizing consistent measures of success; and being minds on, hands off — requires us to do something almost heretical in today’s world: to “slow down” a bit. In a liquid world, less is more in several important ways.

For example, less instantaneous equals more thoughtful. Thoughtfulness and clarity cannot be compromised. Just because someone sends us an instant request does not mean we need to fire back an instant reply. There are occasions when instant response is critical, and it is our job as leaders to be able to gauge that. But, more often than not, a thoughtful delay will result in a better-considered and better-appreciated answer. And, it can save us from a sharp retort we might later regret.

Another “less is more” principle that also serves us well as leaders in a liquid world: Less rigid is more capable. Whether we’re talking about skyscrapers built to withstand earthquakes; automatic transmissions built to compensate for imprecise drivers; or networks built to deploy munitions and food to a dynamic, rapidly moving tactical force, systems that allow for fluidity and flexibility, rather than systems that get hung up as a result of narrow tolerances and rigid conformity, will always perform best.

Being less rigid also requires incorporating others’ points of view, not just sticking with our original ideas. There are numerous examples in the private and public sectors that show the value of considering varied sources of input with openness and flexibility and avoiding the rigidity of our own silos and rejection of concepts “not invented here.”

For example, I’m impressed with the lessons that the United States military is adopting from Toyota, Federal Express, Wal-Mart, and other commercial companies to enhance process discipline and innovation. Likewise, there are more and more instances, in areas such as transportation, triage, and information assurance, in which industry is paying close attention to lessons from the high-stakes realm and standards of the military. The recent emphasis in companies on knowing the precise location and status of products in progress from initial order to customer delivery is inspired by concepts pioneered by the U.S. Department of Defense.

Which brings us to the last element of solid connections in a liquid world: personal linkages. Less virtual is always more personal and more powerful. We need men and women more than machines. People are always more fluid, more creative, and better problem solvers than the finest systems. And even systems are most efficient when they’re designed for more fluid operation and behave more like living and learning organisms.

We need to use technology for what it does best (storing, retrieving, computing, and mining data) — and use people for what we do best (imagining, designing, dreaming, and relating). At the end of the day, one of us, not an information system, must make all the big decisions. We’re the ones who need to be “minds on.” The more we understand this from the beginning and design systems to complement people rather than to replace them, the more solid our connections and missions will be.

This article is adapted from a March 2007 speech at the National Defense Industrial Association Annual Logistics Conference in Miami, Fla.

Delivering the goods
Arriving Today offers a snapshot of a logistics industry in flux.
by Mike Jakeman 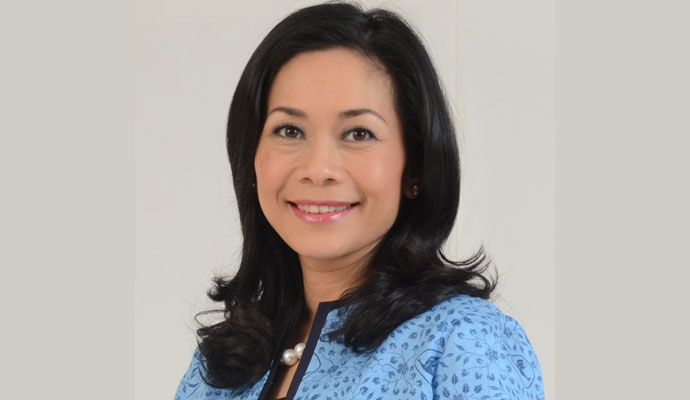 Blue Bird takes on the future of mobility in Indonesia
President director Noni Purnomo explains how an ambidextrous leadership style is helping her prepare her family’s transportation and logistics firm for the post-pandemic world.
by Lukmanul Arsyad and Kieran McCann
Digital issue