Bottom Line: For people who put in long hours but love their jobs, a sense of fulfillment seems to offset unhealthy stress.

Do you spend more time at your desk than even the boss thinks is necessary? When you aren’t in the office, is that where your mind usually drifts? If so, you might be a workaholic, and that probably isn’t a surprise. But what is news is that workaholism might actually be good for — or at least not detrimental to — your health.

Conventional wisdom suggests that long hours at the office contribute to stress and increase the likelihood of health problems. According to a new study, it’s not that simple.

Over several months, the study’s authors conducted health screenings of 763 employees at an international consulting firm and tracked the number of hours they worked. They surveyed the employees on their attitudes about work, tendency toward workaholism, and health complaints. The authors also conducted objective tests of employees for risks of metabolic syndrome, a precursor of heart disease. They then controlled for participants’ hereditary predisposition for heart disease, age, and lifestyle. 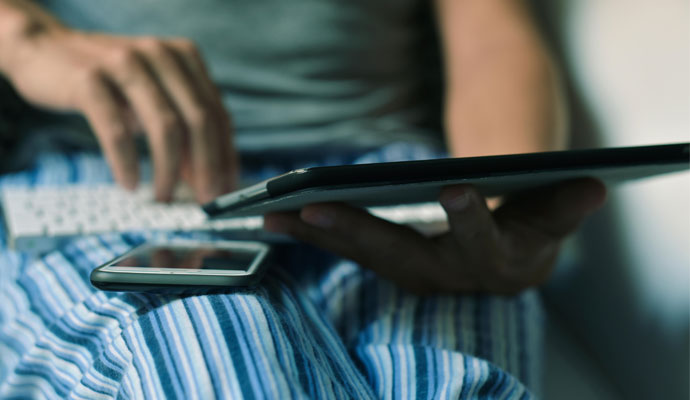 Workaholics were defined by the researchers as those who toiled long hours and had “a compulsive work mentality.” Participants who merely worked longer hours than their peers didn’t report any more health complaints, nor did they test any higher for risk factors, than employees who worked the study average of 42 hours a week. But one category of workaholic reported more psychosomatic health issues and were more apt to show high blood pressure and high cholesterol, proving that long hours are not solely to blame for workaholics’ health problems. And what distinguished these workaholics with flagging health? They didn’t like their jobs and were “unengaged” at work.

Conversely, workaholics who reported feeling dedicated at work tended to have objectively good health. The authors posit that although engaged work­aholics might report short-term health concerns, in the long run they can overcome them, and perhaps emerge stronger.

For example, an engaged workaholic who starts getting headaches because of too much time hunched over a laptop might decide to take some time off or see a doctor right away. But an unengaged workaholic, preoccupied with living up to the expectations of the job, is more likely to feel anxious or guilty about missing work, and risk compounding initially mild health problems by not addressing them promptly.

Workaholics who reported feeling absorbed, dedicated, and engaged at work tended to have objectively good health.

What can companies do? The authors recommend that firms train managers to intervene when they see subordinates who seem unhappy with their jobs. Previous research has shown that employees are more engaged when they receive feed­back, develop rewarding relationships with colleagues, and challenge themselves with meaningful tasks.

Given the unrelenting rise of work demands and the erosion of work–home boundaries in the telecommuting age, the health impacts of workaholism are a pressing issue for companies. But armed with this knowledge, companies can cut down on absenteeism, employee turnover, and healthcare costs.

Source: “Beyond Nine to Five: Is Working to Excess Bad for Health?” by Lieke L. Ten Brummelhuis, Nancy P. Rothbard, and Benjamin Uhrich, Academy of Management Discoveries, Sept. 2017, vol. 3, no. 3