Chipotle Mexican Grill is taking another beating, both to its reputation and stock price. On July 18, the burrito chain temporarily closed a restaurant in Sterling, Va., after a small number of food poisoning cases were reported, likely due to norovirus. Chipotle shares were down more than 7 percent on high trading volume. That’s about US$670 million in market value. 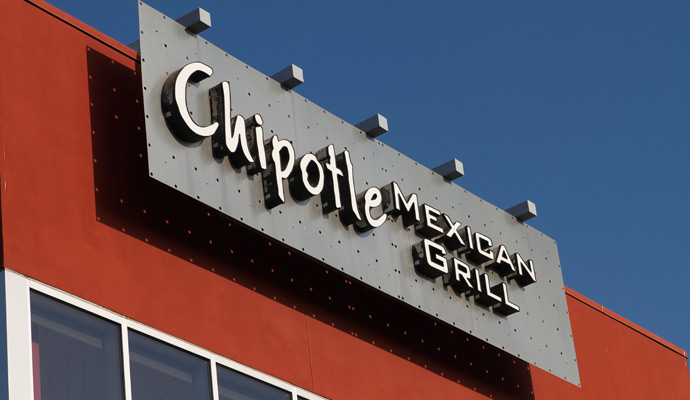 Chipotle is no stranger to food poisoning, having suffered through widely covered outbreaks of norovirus, E. coli, and salmonella over the past few years. But the swift and sharp reaction to this episode is noteworthy. This time around, the trigger wasn’t a report by an investigative unit at a newspaper, a dozen people showing up in a hospital emergency room, or a public health agency taking action. Rather, the problem was identified by a crowdsourcing website, iwaspoisoned.com.

iwaspoisoned.com bills itself as “safer dining by crowdsourcing.” This is how it works: You think you have food poisoning and you go to the website. There you input the name and location of the restaurant, what you ate that made you sick (or at least what you think made you sick), your symptoms, whether you have been to a doctor, and the diagnosis if you have one. That’s it. No personal names. No verifications. No official medical diagnosis needed. The homepage includes a list of the most recent reports, and you can search the site by keyword and/or location. You can also subscribe to an email newsletter customized for the area in which you live (or travel).

In typical complaints on the site, people note what they ate and that they didn’t feel well or had some self-diagnosed symptoms afterward, but most don’t go to a doctor for diagnosis or treatment. It could be correlation (i.e., they just happened to have an upset stomach on the same day they ate at a particular restaurant) or causation (i.e., something in the meal they purchased made them ill).

On the one hand, such a website — and its ease of use — can be a welcome force for transparency and the sharing of vital information. The aggregated opinions of people about restaurants, movies, hotels, and all sorts of services — even if the users are anonymous and not always verified — can add up to an accurate consensus and a gauge of consumer trust or approval. (Think of Rotten Tomatoes for movies.) On the other hand, the fact that distrust can be established, or amplified, by the actions of a few anonymous users can be damaging to companies. Especially if the new claims hark back to, or echo, prior issues.

Chipotle — its reputation, brand, and market value — is particularly vulnerable to crowdsourced health information. First, the problem resonates with customers because of the chain’s past highly public and acknowledged issues with food poisoning. An individual — or even 10 individuals — claiming they were poisoned at, say, Starbucks would be unlikely to lead to the same public and stock market reaction.

In addition, millennials are the chain’s key customers. And millennials, more than any other group, rely on social media and the Web to get news, which informs their brand perceptions and loyalties. A chain that caters to senior citizens, for example, would probably not be as affected by a series of anonymous complaints as much as Chipotle was.

Every day, millions of people eat at Chipotle without incident. Hundreds of inspectors and various government agencies are charged with making sure it — and other restaurants — are safe and complying with laws. And yet a few unidentified people posting to a website causes a PR disaster and a loss of more than a half billion in market cap.

In the digital economy, trust and loyalty are fragile things indeed.