As business leaders, we devote plenty of oxygen to the relationship between positive cultural change and innovation. Everybody wants happy, fulfilled employees who execute intelligently and create value. But when a culture is being reshaped, the journey is just as critical as the destination. Through my work with companies around the world, I can attest to the uncertainty caused by the change process—even in the most ideal circumstances. When leaders aren’t prepared for this interim phase, they may unwittingly find themselves hindering progress rather than supporting it.

During a season of transition, leadership must fight the urge to micromanage. Employees need to know someone is steering the ship, but they also need freedom to interpret and apply directives to their own work. This approach is illustrated by the difference between guardrails—clear parameters designed for everyone’s safety—and handcuffs, which prevent independent action. To avoid rigidly mandating people while guiding them toward an innovative culture, successful executives can use a variety of guardrail-inspired tactics. Here are seven best practices that have proven effective for transforming employees into smart risk-takers.

1. Define smart vs. stupid risks. Every leader’s level of risk tolerance varies, but some amount of risk is essential to innovation. Understand the level you’re comfortable with by asking yourself a question: What characterizes a smart risk versus a stupid risk? Consider criteria like the time investment, financial impact, resources required, prototyping, and feedback loops. Identify at least three bullet points that illustrate each type of risk and share them with your teams. By doing so, you’ll communicate the information necessary for them to evaluate ideas independently.

Starbucks CEO Howard Schultz, for example, clearly appreciates the value of failure. He deliberately kept copies of the now-defunct JOE magazine around his office, even though it was poorly received (and it was his idea)—as a reminder to everyone who enters that failure isn’t going to prevent experimentation at the company.

3. Encourage experimentation. Following on that second point, give the go-ahead for “managed experimentation.” Set specific time and resource boundaries—whatever’s appropriate for a new, innovative project—and have the small team that’s in charge share the results of the experimentation phase with a larger team upon completion.

Making it safe to try new things is critical for innovation to happen. As Jamil Ghani, the vice president of enterprise strategy for Target, told me in a recent interview, “Innovation breeds excitement, as there’s great energy that comes from pushing boundaries, trying new things, and being at the cutting edge. Fear of failure and what it means for one’s standing on the team or in the organization is too often an inhibitor of innovation. Managers need to make it okay to try new things and protect team members when it does not work out.”

Making it safe to try new things is critical for innovation to happen.

4. Use pilot testing. Testing new ideas before their wide application is a key strategy for successful innovation. Starwood Hotels has used its W brand as an innovation lab for its entire portfolio. From the contents of minibars to signature scents, many of this hotelier’s innovations are credited with changing the landscape of the entire hospitality industry.

Decide upfront which indicators—for instance, budget, resources, or feasibility results—will determine whether to shelve the test concept, or to roll it into a longer or more permanent effort. When the lines of success and failure are clearly drawn, teams understand how to recognize a smart risk.

5. Empower through trust. Ask teams to make three decisions without you this month. Do you really need to approve the invite list for the planning meeting? Or every revision to the sales deck? Trust encourages confidence and critical thinking among team members—and leaders can utilize their newly freed-up time for more strategic tasks.

When a senior leader at Standard & Poor’s tried this technique, his team quickly began to take ownership of their workload, and more. They had gotten in the habit of asking permission for everything, which sapped the leader’s time and consequently inhibited the team. This was largely a self-inflicted wound, one that we healed almost overnight with the leader’s simple request to not involve him as much in everyday tasks.

6. Choreograph collaboration, then step away. Establish a network of innovation mentors. First, pair individuals from different parts of the organization to serve as one another’s go-to-person for idea generation, advice, and resources. These should be managers who understand both your vision and the company’s overall goals. Then ask these individuals to track innovation activities across departments, and connect and support other people with capabilities that align with project needs.

Establish a timeline for specific deliverables to keep group members accountable, but then step away and let the magic happen. As trust builds among team members, and throughout the company, successful collaboration will follow.

7. Celebrate smart risk-taking. The Tata Group, a global conglomerate, hosts an annual “Dare to Try” awards, which celebrates the idea that failures often lead to groundbreaking innovations. This type of public acknowledgement that every big bet won’t pay off fuels a spirit of smart risk-taking among its employees.

Within your own organization, you can use the company’s intranet, e-letters, and Twitter account to showcase individuals who take smart risks. By identifying them, you publicly reward the person/team and provide a company-wide reference point for acceptable risk-taking. Reward your risk-takers with days off, gift certificates, or a sincere phone call from senior management to say “thank you.”

When coping with change, leaders must establish guardrails through tools and behaviors, and remove the handcuffs of micromanagement and fear of failure. Acknowledging the importance of failure—and celebrating smart risk-takers— encourages employee experimentation and an innovative mindset. As trust builds within your organization, critical thinking and collaboration will move innovation goals forward. By modeling, encouraging, and investing in these best practices, you will shape a positive culture, which is the foundation for successful innovation. 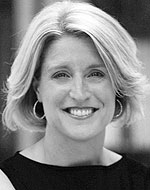 Lisa Bodell is the founder and CEO of futurethink and author of Kill the Company.