Earlier this year we published a study showing that although most hospital mergers are unsuccessful, those that have a coherent capabilities fit—in which the combined strengths of the new organization improve its chances to win with its model, in its market—have a better chance of paying off. We laid out five coherent operating models for health systems to consider as they pursue M&A transactions. Community Health Systems’ recently announced US$7.6 billion acquisition of Health Management Associates suggests, however, that one of those operating models, “the scaled portfolio,” may no longer be enough to win in the increasingly margin compressed hospital industry.

Both HMA and CHS are classic examples of the scaled portfolio—in which a health system derives value primarily from economies of scale and standardization, and by replicating its delivery model in nonadjacent geographies where market conditions are favorable. Both organizations have grown through targeted acquisitions of community hospitals in nonurban, but growing, markets where there is limited competition. They leverage their scale, capital, and operating expertise to transform underperforming assets into providers of choice within their respective markets.

Systems with this strategy grow by increasing utilization and expanding services. Given that both entities are already bringing assets that have been churned through the scaled portfolio engine, one may conclude that this merger does little but produce some back-office savings as a result of overhead reduction and new supply contracts. In a deal between two entities with such similar capabilities, there does not appear much potential for improved coherence. It looks as though CHS is just building a bigger version of itself, and that’s rarely a recipe for M&A success.

But we see something more at play. We see the acquisition as a signal that CHS’s strategy is shifting from the scaled portfolio it has long pursued to more of a local concentration play, a model we call the “geographic cluster.” A geographic cluster concentrates care delivery assets in a contiguous market and derives value by building market power and integrating across facilities. With the exception of Florida, all of HMA’s hospitals are located in states where CHS already has multiple hospitals. In a number of states, including Arkansas, Pennsylvania, and Tennessee, HMA’s facilities are located within the same region. CHS has already begun to create integrated delivery networks in five markets (Arkansas, Indiana, Ohio, Pennsylvania, and Washington) and owns both home health and hospice assets in many of them. These are indications that CHS is transitioning to a local play—one less focused on a pure fee-for-service/utilization game and one more attuned to the changing healthcare market.

Indeed, with this deal CHS is indicating its belief that geographic clusters are more likely than scaled portfolios to extract value in a healthcare business evolving away from a focus on volume and toward a focus on integrated care and improving value to patients. Whether taking on risk to manage the care of an entire population or a specific condition, or providing a lower-cost alternative to consumers through a narrow network, stand-alone community hospitals—even those backed by national systems—will not cover enough ground to be successful in a value-based healthcare world. The industry’s shift to value is reconfirming that healthcare really is local.

If a shifting strategy was CHS’s motivation for pursuing this deal, we can also speculate that one reason for HMA’s willingness to be acquired came from its own outdated commitment to the scaled portfolio approach and its correspondingly weakening performance.

What does this mean for other national systems? We believe that more national systems will shift their strategy from scale-focused plays to local concentration plays and adjust their acquisition strategy accordingly. For example, Hospital Corporation of America is pursuing “tuck-in” mergers in markets where it already has existing hospitals. We expect this trend to continue.

What does this mean for insurers? Insurers are likely to face more geographically concentrated systems that will have greater market power and influence in their community. These growing regional systems not only will have increased negotiating power vis-à-vis the insurers, but also will have the ability to potentially disintermediate them by contracting directly with employers. We are already seeing this occur for specific conditions. Alternatively, insurers could partner with these regional systems and create a more compelling healthcare experience than each could provide on its own. 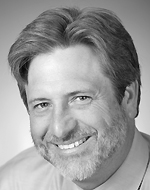 Brett Spencer, M.D., is a partner with Strategy& based in Chicago. He is a leader in the firm’s provider practice with expertise in development of effective merger, acquisition, and affiliation options for growth. 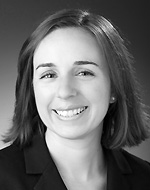 Anne Wong is a principal with Strategy& based in Chicago. She works with health systems across M&A, care delivery redesign, and adoption of new financing models.

Leaders should revisit the works of three corporate culture pioneers
A trio of 20th-century thinkers yields insights into how to align culture with strategy and energize employees today.
by Jon Katzenbach and Carolyn Black
Digital issue