Bottom Line: In most cases, when managers joke with their employees, it’s no laughing matter.

Did you hear the one about the wisecracking boss with a side business in minor surgery? He was so funny he kept his subordinates in stitches. Cue rimshot.

There’s a reason that opening with a joke (ideally, a better one than I offered) remains a staple of pitch meetings, presentations, and business conferences. Humor has long been viewed as an icebreaker, a way to connect with unfamiliar people or lubricate a conversation in casual and unexpected encounters. In addition, humor is seen as a key factor in the complex psychological relationship between supervisors and their employees and in the way colleagues interact with one another around the proverbial watercooler. 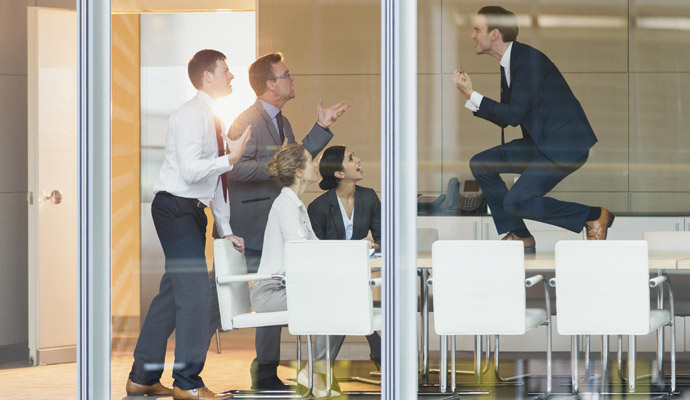 But terms like humor and leadership have many flavors and are too wide-ranging for a meaningful discussion about the connection between the two. Indeed, few studies have ever managed to untangle how distinct types of humor and management styles used by supervisors affect their employees’ informal efficiency — the kind of non-incentivized behavior that quietly propels a company forward — and the level of workplace support they perceive.

Aiming to fill this gap, the authors of a new paper found that the spillover effects of on-the-job humor are highly nuanced and often work in counterintuitive ways. It’s certainly not always the morale-boosting technique it’s cracked up to be. In fact, supervisors who jest and jape in a way that does not complement their management style can cause more harm than good. Moreover, according to the authors, bosses would do well to be consistent about their approach to humor — even if it comes across as abrasive — because at least employees are prepared for this tone and can place their comments in context.

The spillover effects of on-the-job humor are highly nuanced and often work in counterintuitive ways.

The authors differentiated between three main leadership styles that have been well documented by researchers. A contingent reward leader (which most executives aspire to be) sets precise, well-defined goals, is generous with feedback, and frequently uses incentives to encourage subordinates to achieve certain outcomes. An active manager by exception takes a slightly more reserved approach, typically monitoring rather than motivating subordinates; this manager steps in to correct matters only when workforce performance is clearly slumping. Finally, the laissez-faire boss seems to always be out of the office when the going gets tough, pays little attention to employees’ performances, and relies on underlings to self-motivate.

Further, the authors distinguished between four widely recognized kinds of humor. The constructive types are the affiliative style, which seeks to foster team spirit, and self-enhancing humor, an approach that people adopt to lower their stress levels and maintain a positive attitude. On the darker side of the spectrum, an aggressive style uses sarcasm and ridicule to demean others, and the self-defeating type is an attempt to make colleagues laugh at the joke teller in order for him or her to gain acceptance.

For the study, 284 employees at nine organizations — operating in diverse industries including retail, construction, insurance, and equipment distribution — completed a series of questionnaires that allowed the authors to place their supervisors in one of the three leadership categories and assess the level of support they gave their subordinates. Likewise, the authors surveyed the study subjects on the types of humor their bosses used (for example, whether a supervisor cheered himself up through humor or tended to tease those who made a mistake).

To get a sense of how humor fit into the workplace culture, the authors asked what sorts of jokes — inappropriate, self-deprecating, or tension-breaking — team members tended to make among themselves. Participants also described their loyalty to the company, their willingness to support colleagues, and their dedication to proactively contributing to the organization’s performance, all indications of their attitude, behavior, and efficiency on the job.

In one of the more surprising results, the authors found that constructive humor from leaders often fell flat, and they speculate that employees view self-enhancing jokes, in particular, as a sign their boss is trying a little too hard to shrug off any pressure and is reluctant to meet a problem head-on. Drilling further down, the study argues that contingent reward leaders, who base much of their management style on incentivizing employees, should generally avoid spending too much time joking around with subordinates because it tends to undermine their authority as managers. For example, these types of leaders got no benefit from using self-defeating humor; the respondents indicated that they felt it eroded the supervisor’s perceived ability to reward or admonish them.

However, strong, incentive-based leaders can benefit from what might seem an unlikely strategy: using aggressive humor. In fact, these supervisors are actually perceived as more supportive by their employees when they strike a darker tone. That’s probably because mocking a rival company or team tends to unite employees around a shared enemy, and reprimanding a poorly performing worker with a snarky remark is preferable to formal punishment.

Still, it takes a highly skilled and respected leader to pull off aggressive humor, the authors note, and the well-documented strains and tension that ridiculing others, often with sarcasm, brings out is reason enough for executives to shy away from such tactics. This is especially the case for laissez-faire managers, who are often viewed as compensating for their failings when they lash out at others. (Indeed, the lowest levels of perceived support were reported by employees working for relatively detached bosses who had a nasty, offensive sense of humor.)

Using self-defeating humor also backfires spectacularly for laissez-faire leaders, who lack the respect and trust to make the strategy pay off, and it will likely only cause their employees to roll their eyes (yet again). However, some weak, standoffish bosses do get a small boost in approval when they use nonaggressive humor, presumably because it helps to humanize them before their subordinates.

Overall, the authors found that humor isn’t a cure-all for workplace woes or a surefire means of making an already happy environment more pleasant. Indeed, humor is probably overhyped as an essential aspect of corporate culture. “The acquisition of basic leadership skills, through formal training or other learning activities, appears to be a wiser strategy for those aspiring to a successful career in the upper management echelons,” the authors write.

Thus, up-and-coming supervisors or managers seeking to forge a stronger bond with their subordinates should probably stick to the management manual and ditch the knock-knock book.