In the early 1980s, when I was teaching and doing research at Yale’s computer science department and School of Management, my colleagues and I dreamed about the great promises of artificial intelligence and all the things it would do. We made radical forecasts, in particular, about the promise of parallel computation — separate computers operating in sync, providing more power than any single computer could bring to bear.

Thirty-five years later, the future we foresaw is finally arriving. Computing is moving from serial processing, where each step has to be completed before the next is started, to massively parallel processing. The resulting leap in computer power will have a major disruptive effect on business, one that has not been generally noticed and for which most business leaders are not prepared.

In parallel processing, a problem is broken down into a number of steps, each of which can be managed independently of the next. This allows all of the steps to be processed at the same time — that is, in parallel — on many separate computers or processors. The time required to reach a solution is drastically reduced.

Coordinating these computers and managing parallel computation used to be a difficult problem. These days, the entire burden can be handled through cloud-based services such as those offered by Amazon, Google, and Microsoft. This can make implementation very easy.

But there is more to parallel computing than cloud-based coordination. The programs used for serial and parallel computation, for example, are very different. One cannot simply take a serial program and make it work in parallel. It needs a complete redesign. And our legacy systems – including those in most corporations, banks, governments, and hospitals – are coded and operate in serial. These represent billions of lines of code.

In the past few years, more and more systems with a parallel architecture have been released. They are orders of magnitude faster and can handle significantly more data than their serial counterparts. They have an additional advantage: The advent of elastic computing, which only calls for as much storage and power as it needs at a given time. Serial computation, which can require fixed amounts of storage, cannot compete effectively against parallel processing and elastic storage, which have significant cost and speed advantages.

Large enterprises, governments, and other organizations dependent on legacy programs thus need to reengineer their systems to take advantage of parallel computing. This is particularly true in banks, whose legacy systems have dragged them into a quagmire that limits their productivity. They are vulnerable to disruption by financial technology (fintech) startups. The startups operate in a parallel, elastic world; their systems process data quicker and at a fraction of the cost of incumbents’.

Ask any large company how difficult reengineering its systems is, and they will say it is extremely difficult — if not impossible. Generally speaking, there is no way to simply tweak code written for a serial machine and make it parallel. It needs to be rethought, re-architected, and rewritten from the ground up — a gargantuan task.

New systems with parallel architectures are orders of magnitude faster than their serial counterparts.

Most senior executives have not yet come to terms with this looming challenge. They often do not have adequate knowledge of the essential causes and technology and how they can be fixed. Similarly, the boards of directors for these firms often do not have the right people who can pose the right questions.

But there are examples of enterprises and institutions that have successfully made the leap to parallel computing. One is the country of Estonia. All of the nation’s computer systems now run on the Internet and are built on a disaggregated, parallel architecture. Estonian cabinet meetings that once averaged four to five hours now take 30 to 90 minutes because many of the discussions and votes have taken place asynchronously before the meeting — the easy issues have been solved.

Google and Facebook are themselves good examples of firms that are leveraging the enormous power of parallel computing. When you type a phrase into Google’s search engine, thousands of computers immediately spring to life. This is much faster than if only one computer at a time could be used for the task.

What should you do if you are an executive facing this challenge? Start with some of the practices of design thinking. Initiate a few blue sky sessions, to imagine your business operating in a parallel world. From this you can design not only an architecture that could achieve these goals, but create a view of how human resources would be positioned in this new world. Much of the architecture can be bought or licensed or taken from open source so that this transition need not be as daunting as it might first seem. It does, however, require the right technical skills, which may not exist inside your company at this time.

The move to parallel computing represents a terrific opportunity to move from your current, internally siloed operations. You could leap to horizontal, customer-centric organizational groups, like those at Google, Facebook, and Amazon. And the risks of not moving toward parallel computing are serious, for the technology is here to stay. This time, it’s not in the future. It’s now. If you don’t believe me, just ask banks why they fear fintech startups. 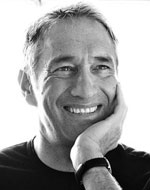 Ron S. Dembo is the founder and former CEO of Algorithmics, an enterprise risk management firm based in Toronto. He has cowritten three books and holds many patents in financial engineering and mathematical optimization.