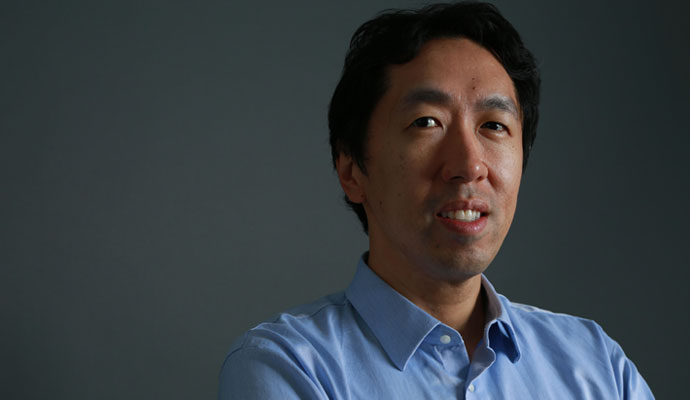 In the field of artificial intelligence, the phrase deep learning applies to software that improves its model of reality with experience. Consider, for example, a project developed at Google in 2012, in which a neural network running on 16,000 computer processors, browsing through 10 million YouTube videos, began on its own to identify and seek out one of the most popular YouTube genres: cat videos.

The then director of that project, Andrew Ng, went on to become the founding chief scientist at Baidu Research, an innovation center run by the giant Web services company Baidu. The parent company owns the largest search engine in China, along with Chinese-language browsers, online encyclopedias, social networks, and other Web-based services. According to the company, Baidu responds to more than 6 billion search requests from more than 138 countries every day. Because search engines and advertising placement platforms (such as Baidu’s Phoenix Nest) depend on artificial intelligence (AI) to satisfy vague or ambiguous requests, the company — along with Google, Microsoft, and other providers of internet guidance — has a natural interest in machine learning. Thus, Baidu Research, formed in 2014 in Sunnyvale, Calif., is a nexus of leading global AI research; it contains three facilities: Big Data Lab, the Institute of Deep Learning, and the Silicon Valley AI Lab.

Cooperation between human and machine intelligence is a motif in Ng’s career. As a computer science professor at Stanford University in 2008, he began teaching an online course in machine learning. This eventually developed into a flagship class in the university’s much-heralded MOOC (massive open online course) platform. Enrollment in this and similar classes grew rapidly, reaching more than 100,000 students within a few years. In 2012, Ng and his Stanford colleague Daphne Koller founded Coursera, an educational technology company that offers students free online courses from top-tier universities. Ng remains its chairman and has also kept his affiliation with Stanford.

Ng is a leading advocate of technological development, speaking regularly about the benefits of having smart devices in everyday life. These devices can recognize and obey voice commands; conduct precision operations in agriculture, finance, manufacturing, and medicine; and prevent motor vehicle accidents. In recent essays on autonomous vehicles, Ng has openly described Baidu’s plan to put commercial, self-driving cars on the road by 2018, pending expedited regulatory approvals. Citing the way that railroads were introduced in the 19th century, Ng suggests that policymakers, technology companies, and government agencies collaborate in public–private partnerships. The parties could test solutions, modify transportation infrastructure, and educate the public about autonomous vehicles and how they will affect society. To address fears about job loss through automation, he favors a similarly comprehensive approach: a universal basic income, which would provide financial support for people who committed themselves to being lifelong learners.

Ng sat down with strategy+business after his talk at the San Francisco Structure Data conference in March. In conversation, he continually returned to the same theme he had emphasized at the conference. Companies would benefit most, he said, from an end-to-end strategy that is optimized for a higher return on value — to the individual, to the enterprise, and ultimately to the world.

S+B: What is deep learning, and what value does it bring to an organization?
NG: Deep learning is a new take on ideas that have been around for decades. People first began experimenting with artificial neural networks, loosely inspired by the brain, years ago. But only recently have we had the computing power, data, and expertise to create networks that learn a hierarchy of concepts in an emergent manner without guidance or design by a human programmer. [These deep learning networks] can help extract patterns from, and make sense of, the complex data inside today’s organizations.

Several years ago, we saw deep learning beginning to work really well compared with more traditional AI approaches. Older generations of AI algorithms didn’t know what to do with all the data we now have.

In the last five years, we finally have developed the scale of computation needed to build neural networks that are large enough to exploit the huge amounts of data that we collect through internet and mobile usage. By building huge neural networks, we can measure the performance of our deep learning algorithms, and their performance just keeps going up as we feed in more and more data. This means we can make far more accurate predictions and models, and use the huge amounts of data we gather to address problems in companies.

For quite a few companies, deep learning is driving tremendous amounts of revenue. Web searches and online advertising are probably the most important short-term applications. The search results are much more relevant to users, which is good for advertisers, good for users, and good for us.

S+B: How do you see this evolving during the next decade?
NG: I see the leading edge of deep learning shifting toward high-performance computing. My teams and I have been building very large supercomputers to take advantage of the huge amounts of data that we have.

Most of the short-term economic value from deep learning today is what we call supervised learning. For example: When given an email, the program predicts whether it is spam. Or given an ad, it predicts whether the user will click on this ad. We’ve already created tremendous value from supervised learning. And I think we’re on a clear path over the next several years to create amazing amounts of additional value.

But looking a little further out, I see many projects, such as image recognition and speech recognition, where deep learning is already making tremendous progress. These will not just drive huge economics for companies, but also help us make the world a much better place.

Just by developing deep learning for self-driving motor vehicles, we can make travel much safer and more convenient, and add years to almost everyone’s lives in terms of both life expectancy and time saved. Depending on whose numbers you believe, the risk of car accidents may shorten our children’s average life expectancy by three years. People in the U.S. also spend an average of three years in a car over their lifetime. Potentially, we can give back six years of worthwhile time to an individual. That seems like a big goal.

S+B: You’re talking about self-driving cars. Are those really feasible anytime soon?
NG: Yes. I hope that we’ll be able to commercialize self-driving cars in about three years and mass-produce them in five years. These time frames are difficult to predict, but this is our best guess right now.

When I look at the state of self-driving cars today, an analogy [to today’s human-driven cars] seems apt. When your car drives into a construction zone, it must behave differently than when it’s on a regular street. It must drive more slowly, and pay attention to construction workers.

I don’t see it being feasible in the near term for computer vision to reliably distinguish among the hand gestures (like stop, go, and slow down) made by construction workers. But we could solve the problem by making modest infrastructure changes. Give the construction worker a wireless beacon. With modest changes to societal expectations and the way we design and build the roads, we can make self-driving cars a reality. And they will be much safer than human-driven cars.

“We can make self-driving cars a reality. And they will be much safer than human-driven cars.”

I want to build a better society with AI, with intelligence embedded throughout the environment’s devices. Speech controls today are like touch screens were in the early 2000s: too rudimentary to be effective. But with the development of the iPhone, Steve Jobs and Apple figured out how to make the touch screen work well. Speech controls will have an equally transformative effect. They will affect every aspect of society. I imagine robot security guards and robots that follow spoken instructions. Someday I hope to have grandchildren who are mystified at how, back in 2016, we would have to adjust the dial on our thermostat, instead of simply telling the house that we were cold.

S+B: You’ve been involved in four major organizations: Stanford, Coursera, Google, and now Baidu. As somebody who has been thinking about deep learning, how do you think we can make a better corporate algorithm?
NG: I’ve spent a lot of time trying to design a research organization that is responsible for making sure that the technology it invents can really help hundreds of millions of people. We thus refer to Baidu Research as an end-to-end research organization. For example, we have people inventing neural networks, and then figuring out where the data they use will come from and how to incorporate it into products. And, ultimately, how this will improve daily life.

At Coursera, some of my proudest moments happened when top management would face a tough decision, and someone else, not me, would stand up and say, “Let’s go back to basics. Let’s figure out what’s best for learners and do that first.”

I really value it when people step back to think that way. Too many individuals get caught up in doing something because they’ve always done it that way or because others do the same thing. They end up with activities that look useful, but that may not really accomplish much.

S+B: To positively affect the world with AI and technology, humans need to trust the systems. But trust in large systems is eroding. How do you face that issue?
NG: I think it’s important that we step up to helping government and society address some of the problems associated with AI. For example, one of the biggest challenges is job displacement. As technologists, we should speak openly about that. There are 3.5 million truck drivers in the United States. What will self-driving vehicles do to them? Similarly, what will AI do to specialists in medical imagery? Or to some roles in agriculture? Few people have started to plan for this future.

Generally, new technology creates new, meaningful roles for people, and that will probably happen this time as well. But there is a problem in the interim period. That’s why I support the idea of a guaranteed basic income for people who cannot find jobs. But we should require people who receive that income to study and keep learning. If we could pay the unemployed to gain skills, it would be better for them and for society. The world is changing faster than ever before, and in order to keep up, it’s important that everyone keep learning.