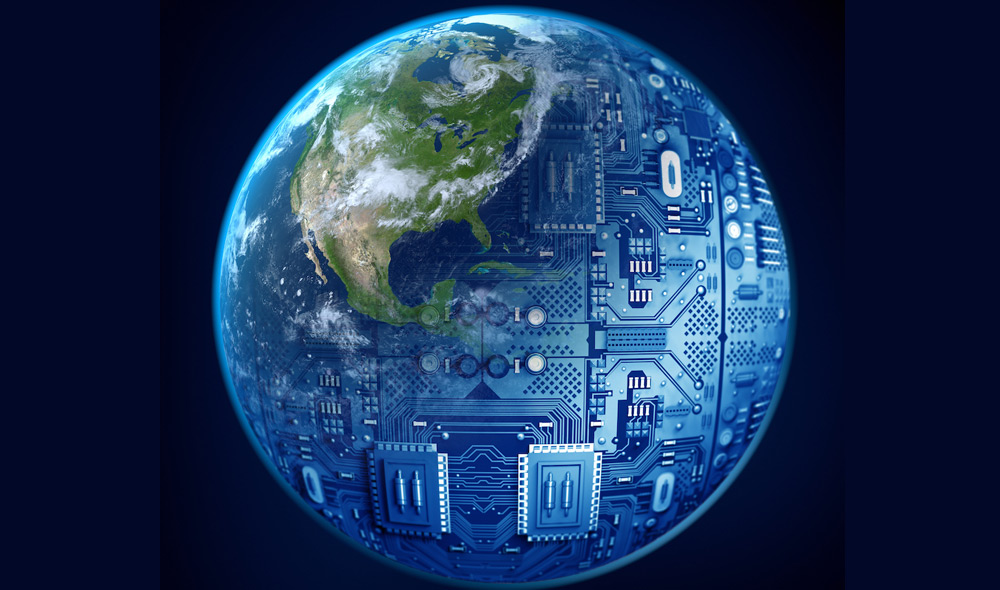 The Globotics Upheaval: Globalization, Robotics, and the Future of Work

From the viewpoint of the tech industry, the story of technology has always been one of more: more choices, more products, more flexibility. Yet from the viewpoint of many other observers, it is also one of less: less opportunity for those without skills, less stability, fewer jobs.

The two stories collided earlier this year in spectacular fashion with the implosion of Amazon’s plans to build one of its new headquarters in New York City. Here, in the eyes of critics, was a megacorporation shoveling up tax breaks as it put smaller competitors out of business and squeezed workers for impossible productivity gains. But wait. According to the boosters, here was a new economy pacesetter dropping 25,000 jobs at a time on a city with the necessary physical and intellectual infrastructure. So which was it? Job creator? Job destroyer? Both? 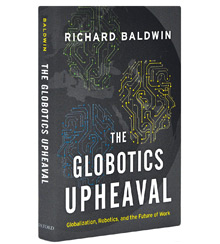 Your thoughts may drift naturally to Amazon while reading Richard Baldwin’s new book, The Globotics Upheaval. Like Amazon’s supporters, Baldwin, an economist and the founder of the economic policy forum VoxEU.org, has a great deal of confidence in the ability of information technology to change the world dramatically — and at great speed. And like Amazon’s critics, he is wracked with concern that this change will result in an extraordinarily painful displacement for workers caught in its grip. The aim of the book is to wrestle with this displacement — and to start to figure out how to ameliorate its effects.

Baldwin begins in the Dickensian milieu of 19th-century London, with a truly appalling story of the starvation of Catherine Spence, a migrant to London, and her baby. A cause célèbre at the time, Spence’s death illustrates the failures of what Baldwin calls “the Great Transformation,” the movement of labor off the lands and into the factories and cities. Since then, we’ve had a second transformation, the less extreme but still painful transition from a factory economy to a service economy. And now we are undergoing the third, the “globotics upheaval” of the title.

Globotics is the neologism Baldwin chooses to capture two trends that combine to multiply the peril for workers in the world’s high-income countries. The first of these, of course, is globalization. Having harmed the working classes of the United States and Europe, he argues, globalization is now coming for white-collar workers. Thanks to new communications technologies, hiring platforms, and vast improvements in machine translation, they (meaning, dear reader: we) are now starting to compete with lower-paid workers in other parts of the world. And it is a competition many of them are bound to lose. The second trend is automation or robotics. Having conquered the factory floor, machines are now extending their skills to the service economy, and to the office.

Baldwin writes about these trends with authority, not panic — perhaps because established academics and economic advisors might be one of the categories of labor least susceptible to rapid automation. He even notes that his own organization is an effective user of international labor, bringing down the costs of editing, for instance, to a fraction of what they would be with local workers in VoxEU.org’s Geneva headquarters. Still, the overall effect of the pileup of facts — the expert Filipino workers with graduate degrees and perfect English, the investment bank that cut a unit of 600 traders to 200 programmers — evokes a fairly grim sense of what’s in store for contemporary knowledge workers.

Which brings us back to the Amazon headquarters debate. As Baldwin himself points out, technological change leads to job creation as well as destruction. Baldwin believes that we’ve reached an inflection point at which the rate of job destruction, at least in high-income countries, from globalization and automation exceeds that of creation. In many cases, however, it’s not at all clear that we are dealing with a zero-sum problem. There is no doubt, for instance, that eventually computers will take over tasks, including medical diagnosis and financial analysis, now done by humans. But having a robot assist a nurse at an urgent care center may not mean that there will inevitably be fewer nurses. It may just mean shorter waits and less hurried consultations.

Having a robot assist a nurse at an urgent care center may not mean that there will inevitably be fewer nurses. It may just mean shorter waits and less hurried consultations.

And it is clear that people and machines will have to work in tandem if both are to realize their full potential. One of the most compelling stories Baldwin tells is how Google’s machine translation improved suddenly and dramatically in 2016. What changed? Google’s machine learning algorithms were already great. But the United Nations released a digital database of a billion pages of high-quality human translations into six languages — a modern Rosetta Stone with which the algorithms trained. There will have to be more breakthroughs like that in other areas before AI becomes a pervasive force.

There is one reason for hope that the upheaval will not be quite as grim as the worst-case options — and perhaps a reason to fear that it will be even worse. It’s sometimes thought that the suffering of the Great Transformation with which Baldwin begins his history was an inevitable byproduct of economic dislocation. It wasn’t. The horrors of the 19th century were not the result of mass unemployment. They were the direct outgrowth of a massive political and social failure, the elimination of the traditional Elizabethan system of rural “outdoor relief,” in which authorities distributed food and necessities, and its replacement with the new Poor Law, which forced the poor into imprisonment or starvation.

Baldwin concludes with a call for a Danish-style safety net that is worth heeding. He points out that governments have dealt with economic transformation before, and can successfully do it again. Alas, they have also responded to such transformations with spasms of anger, and ripped the safety net apart when it was most needed. They can do that again too — and if they do, the globotics upheaval, whether it comes now or in the 2040s, could be very bleak indeed.