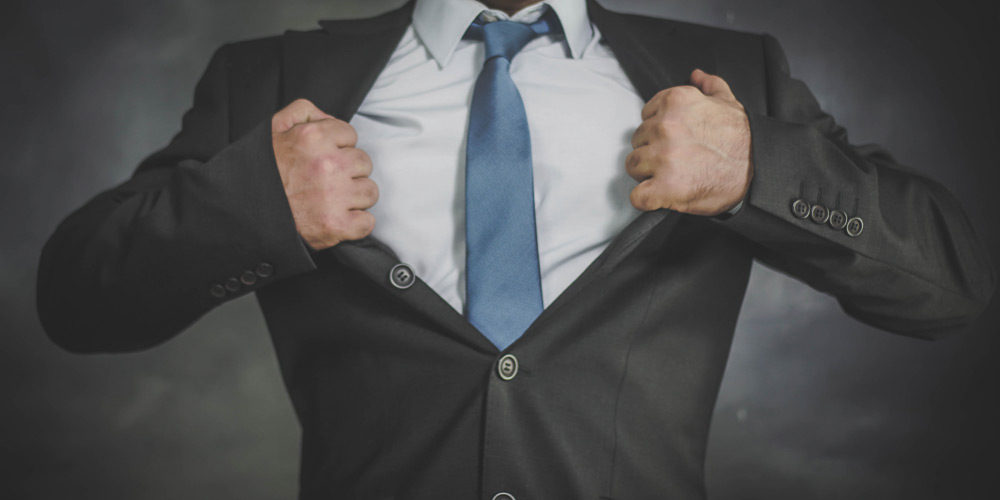 The Brand You concept that Tom Peters first proposed in the late 1990s is one of the most provocative theories ever put forth about how to become a successful business leader. At the time, Peters, who had coauthored In Search of Excellence with Robert Waterman a decade and a half earlier, knew his readers were aspiring nonconformists. They wanted to be creative free agents — like Peters himself. But they also wanted to succeed within the straightlaced hierarchies of the companies they worked for.

So in his shoot-from-the-hip style, Peters introduced a strategy for overcoming this contradiction. Instead of climbing the success ladder rung by rung, he counseled, brand yourself as you would market a product; influence others by forging a larger-than-life personality based on your own authentic strengths and perspective. The idea drew a lot of criticism, including from me. We critics accused Peters of fostering an impossible dream: After all, how many flamboyant would-be leaders, competing for one another’s attention with their own personal brands, could a company actually contain?

In his most recent book, The Excellence Dividend, Peters argues that the Brand You concept is more relevant than ever. His argument, along with my own interest in higher ground–style leadership, prompted me to call Peters and probe more deeply. It turns out that the Brand You concept can be a gateway to a profound kind of influence — if you approach it with passion and humility.

S+B: Where did the idea of Brand You come from?
PETERS: Back in the days when engineers still wore pocket protectors, I did some consulting at Hewlett-Packard. One of the people I worked with had a badge with the number 129 printed on it. He was proud of it, but I thought: This is your claim to fame? That you’re the 129th employee HP ever hired? People should stand out, I thought, for a better reason. Everyone should be known for being special at something.

S+B: In other words, they have to compete with their peers to stand out.
PETERS: No, that’s a misunderstanding. Brand You is not about self-marketing. It’s the ultimate team sport. Instead of sucking up to the boss, you suck up to your peers: People around you think you’re smart and good to work with, your reputation spreads accordingly, and others want you to work on their teams.

S+B: Is it fair to ask people to put that much effort and attention into the way they come across? Shouldn’t people be promoted and rewarded for simply doing their job well?
PETERS: I’m going to answer that by taking a different turn. Recently, I was watching a training tape, and the teacher said your body language is seven times more likely to be remembered than the content of what you say. So the teacher advised: Look people in the eye when talking to them. It shows you’re attentive.

But I don’t buy it. There are many different ways to look people in the eye. And by the time you reach age 30, you know that sometimes people look you in the eye even when they don’t mean what they’re saying.

So what’s the alternative? In The Excellence Dividend, I quote a former Burger King CEO named Barry Gibbons. “I didn’t have a mission statement at Burger King,” he said. “I had a dream. The company is 250,000 people, every one of whom gives a shit.”

In other words, if you seriously care about your job and your fellow human beings, then your body language will automatically work — much better than if you’d just trained yourself to raise your eyebrows mechanically.

S+B: But there are many people who go through all of this — caring about their jobs and translating that into a larger-than-life presence — who still don’t succeed, at least not in the way they expected.
PETERS: Maybe they’re succeeding in a different way, a way they don’t see. Imagine that you’re a retired senior executive of a major company, on your deathbed. What will you remember about your career? It’s not your promotions, or your bonus, or the products you launched. You’ll remember the people you helped: the younger team members who were doing incredibly good work for you. Maybe you mentored them, and then they left you for other jobs, and you wanted to kill them, but now you’re proud because of what they went on to accomplish. Or you’ll remember the people who might be doing things differently because of a conversation you had with them. And even if they don’t get influenced that way, you keep trying.

When I give a talk to a thousand people, I don’t expect to change a thousand lives. A wildly successful day is when two or three people come up to me and say, “I always thought I was crazy. But you’ve given me the backbone to be who I am at work.”

S+B: I always thought that was your core appeal. You help people see that they can show up as themselves at work, and they’ll be better off for it.
PETERS: That’s not unfair. And it gets to the point of Brand You.

Imagine that you’re a retired senior executive of a major company, on your deathbed. What will you remember about your career? It’s not your promotions…. You’ll remember the people you helped.

One of the great leadership stories — which Thomas Gilovich and Lee Ross used to open their 2015 book, The Wisest One in the Room: How You Can Benefit from Social Psychology’s Most Powerful Insights — is about the invasion of France on D-Day in 1944. The British commander, General Bernard Montgomery (“Monty”), gave one of the great motivational speeches of all time to the officers who would lead the troops about to land at Normandy. The Supreme Allied Commander, Dwight D. Eisenhower, had asked Monty to give that speech. What did Eisenhower do instead? He went around the room, “shaking hands with each and every man who would lead the assault,” as Gilovich and Ross wrote, “mindful, as they were, that many would not survive.”

I tell that story many times on stage, and I get chills myself every time. It’s been said that Eisenhower’s concern for his soldiers was so great that parents were willing to send their sons to risk death with him. When he was buried, he asked to have only one medal on his uniform: the National Defense Service Medal, the least prestigious one, which every member of the military gets just for being present.

S+B: And that’s how your personal brand gets scale.
PETERS: Yes. You give a shit, and it shows. You build your brand as a leader, not by making great speeches to thousands of people, but in conversation after conversation, one by one by one, making a small difference each time. That’s the best aspiration you can hope for, in most jobs, and probably the longest lasting.