It’s curious how often uncommonly clear and commonsensical thinking about management comes from long-time laborers in the field. Perhaps decades of experience enable them to distill the subject to its essence — or maybe it’s just that 40 or 50 years of hard work have earned them the right to speak plainly. Samuel B. Bacharach, organizational behavior professor at Cornell University’s Industrial and Labor Relations (ILR)  School since 1974, is one of those laborers.

“Leadership is a narrative of execution, that’s what it’s about,” says Bacharach, who is currently McKelvey-Grant Professor at Cornell. Until 2016, he served as director of the ILR’s Institute for Workplace Studies. Bacharach boils a leader’s job down to three things: working with people to generate ideas, mobilizing groups to move ideas forward, and sustaining momentum to get things done.

But just because leading is easily described, that doesn’t mean leading can be easily done. Bacharach has devoted much recent effort to bridging theory and practice to help leaders become more effective. He cofounded the Bacharach Leadership Group, a New York–based leadership development consultancy, has implemented his leadership training modules in a number of major corporations, and, with eCornell, the university’s online learning company, developed a 10-course corporate leadership training certificate for high-potential employees

A prolific author and editor of more than 20 books, including Keep Them On Your Side: Leading and Managing for Momentum (Platinum Press, 2006), Bacharach has increasingly focused his writing on practical leadership, too. His newest book, the first in a planned series, is The Agenda Mover: When Your Good Idea Is Not Enough (Cornell University Press, 2016). In it, Bacharach paraphrases Thomas Edison, reminding us that “a good idea without execution is a hallucination.”

When I asked Bacharach to share an essential reading list for leaders who are moving agendas through the maze of complex organizations, he recommended four books. “The first two books are about why ideas get stuck,” he explained, “and the second two are about the political skills you need to move ideas forward. In terms of moving strategy, these books raise essential questions that all mindful leaders should think about.”

Samuel Bacharach paraphrases Thomas Edison, reminding us that “a good idea without execution is a hallucination.”

The Structure of Scientific Revolutions, by Thomas S. Kuhn (University of Chicago Press, 1962). “This slim volume, which introduced us to the notion of paradigms and paradigm shifts, is in my opinion one of the most important books of the twentieth century. It delves into why ideas sometimes move incrementally and at other times move in seismic leaps. Beyond that, Kuhn’s book very clearly depicts the perceptual blinders that make it difficult for all of us, even scientists, to break out of our boxes. It is essential that anyone who leads organizations understands how deeply mired we are in our own idea frames.”

The Innovator’s Dilemma: When New Technologies Cause Great Firms to Fail, by Clayton Christensen (Harvard Business Review Press, 1997).  “Another essential book, The Innovator’s Dilemma describes the structural and business challenges that drive organizations back from the cutting edge of their industries. Christensen shows that disruption—like Kuhn’s paradigm shifts—often does not come from where we most expect it. Disruption requires getting past immediate demands and breaking out of short-term mindsets — it requires real leadership, especially in organizations that have routinized success.”

The Essence of Decision: Explaining the Cuban Missile Crisis, by Graham Allison (Little Brown, 1971). “If leaders are to successfully promote new ideas and create change, it is my belief that they must cultivate political competence. Allison used the story of the Cuban Missile Crisis to explore how we make critical decisions under conditions of crisis and pressure. He explained the micropolitical skills that are essential to the decision-making process. His book teaches leaders when and how to bring other people into the decision process, without falling prey to groupthink and conflicting agendas.”

Team of Rivals: The Political Genius of Abraham Lincoln, by Doris Kearns Goodwin (Simon & Schuster, 2005). “Team of Rivals is one of the great leadership books of all time. It lays out how Lincoln won people over and mobilized them — creating the microcoalitions necessary to pursue his overall strategy. In recounting the way in which the president worked with the members of his cabinet, Goodwin demonstrates the critical roles of tactics and small, incremental decisions in the achievement of larger goals. Lincoln understood that a fundamental responsibility of the leader is to enlist the support needed to unleash ideas and move them forward.” 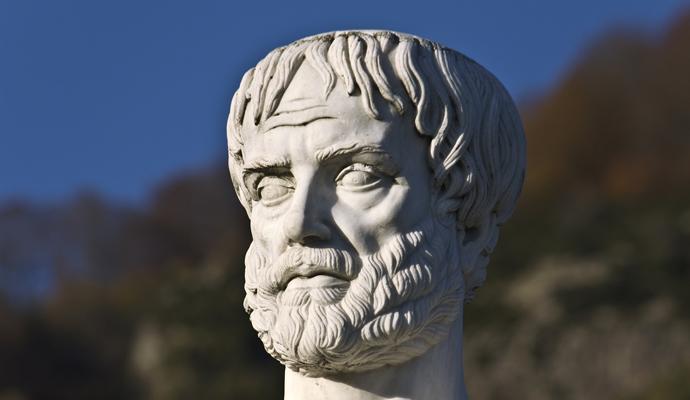 A philosopher's guide to messy transformations
People need a shared understanding of what digital transformation means. Aristotle has a framework that helps.
by Pia Lauritzen
Digital issue