A company’s performance critically depends on its teams. And team performance, at every level, depends on the ability to accelerate — to operate at an increasing pace, doing in weeks what once took months, and doing in days what once took weeks. Accelerating teams don’t just get results more quickly — they gain the proficiency that allows them to take on new kinds of challenges.

All teams — regardless of their level of performance — set objectives, create a vision, allocate tasks to complement each other, and shed poorly performing people. Accelerating teams simply do these things faster and more effectively than lagging teams. With a few changes in everyday practice, any company can increase the speed and effectiveness of its teams.

We draw this conclusion from our ongoing research project, “Accelerating Performance.” During the past six years, we have studied the behavior and performance of more than 3,000 teams across a range of organizations, functions, and geographies. Our data includes responses from the four groups associated with teams: the team leader, the team’s members, the line manager of the leader, and the team’s external stakeholders. Specifically, we surveyed them on 16 factors that together helped us determine the clarity of the team’s mandate; its ability to govern and be accountable; its behaviors (for example, how it handles conflict); its aptitude for creating strong connections; and its capability for renewing itself continuously. Team acceleration was calculated based on how many of the four respondent groups rated the team above a performance threshold of 3.8 on a five-point scale.

1. The team is willing to fail fast. Accelerating teams try new ideas and emphasize speed over perfection. They embrace risk, but mitigate it by finding out quickly what works and what doesn’t. Poorer-performing teams are slow to adapt and tend to avoid risk, sacrificing innovation for safety.

Some remedies: When confronting a difficult decision, teams should conduct a premortem about what could go wrong and why. Teams should also formalize the sharing of what they learned from mistakes so it becomes collective knowledge, enabling faster action. Teams can also borrow from the principles of agile software development, which embraces iterative methods of development, constant collaboration, and incremental improvements.

2. The team absorbs and implements new learning. Accelerating teams seek ideas from multiple sources and prioritize active learning. They not only push the boundaries of what they know but also establish a rhythm of adapting and applying what they learn. Poorer-performing teams may seek evidence to support a specific initiative, but fail to apply the knowledge to their day-to-day operations.

In response, teams can establish regular rituals like workshops, seminars, or after-action reviews to tease out what participants wish they had known before any given project was initiated, thus enabling them move ahead more quickly next time. Accelerating teams also encourage members to bring forward “half-baked” ideas, with the assurance that the resulting discussion will be in the spirit of exploration.

3. The team’s members rigorously challenge each other. Accelerating teams engage in high-quality debate and exchange frank, supportive feedback. Poorer-performing teams are often mired in groupthink or a culture of consensus, or they meekly take cues from a domineering leader.

To counter tendencies toward artificial harmony or unchallengeable leadership, teams can institutionalize dissent by creating a devil’s advocate role that rotates among members. Similarly, an independent “red team,” as the U.S. intelligence community calls it, can be established to act as a surrogate enemy and challenge unexamined assumptions.

4. The team is willing to rethink assumptions. Accelerating teams systematically track what is going on outside and inside their organization and field to incubate and test new ideas. Further, they constantly look for and challenge biases in framing and gathering intelligence that reinforce the status quo. Poorer-performing teams are internally focused, concentrate on their own processes, and are often caught by surprise by events and their consequences.

Teams should consider structured techniques like scenario planning and war gaming. No matter how seemingly invulnerable a company, a systematic study of startups inside — and outside — the team’s industry should be undertaken periodically.

5. The team places the customer at the center. Accelerating teams immerse themselves in the customer experience, are more likely to engage in co-innovation with customers, and gear performance-measurement systems around customers. Poorer-performing teams don’t align their internal processes and metrics with customer needs and take little heed of customer feedback. They worry about financial targets and internally focused goals and tend to deflect responsibility when service failures occur.

Teams may find it useful to map the customer journey from awareness to conversion. (Colleagues in the company’s call center or IT group can tell teams a lot about that journey, which can be surprisingly nonlinear.) Where appropriate, teams could benefit from brainstorming and co-innovating alongside customers. Teams that can’t literally bring customers into the meeting room should make decisions as if those customers were present.

Improving a team’s ability to accelerate requires effort — old habits die hard and otherwise successful executives may see no need to change the way they lead teams or participate in them. But by addressing the above five differences, teams can increase their odds of achieving performance gains faster. And they will be increasingly better positioned to achieve them in the future as competitive advantages grow ever more temporary. 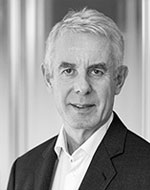 Colin Price is an executive vice president and managing partner of the leadership consulting practice at Heidrick & Struggles. 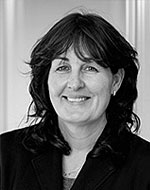 Sharon Toye is a partner at Heidrick & Struggles and a member of its leadership consulting practice.