In the months since I became the North America diversity leader for Strategy&, many people have approached me to ask, “What can I do to help?” And I’m always happy when they do. But I’ve found that, more often than not, people are thinking big picture. They want to get involved with planning an event or starting a new initiative. This type of engagement is important — we need people to step up and to dedicate their time and resources to the cause of diversity. But there are other ways to make an impact.

Consider this: How many times have you been in a meeting and realized that the woman across from you wanted to make a point but wasn’t speaking up? How many highly skilled women have you known that haven’t put themselves forward for promotion because they don’t feel “100 percent ready” (whereas research has shown that men feel comfortable going for it at 60 percent)? How often do you attend a panel and notice that the panelists look a lot alike? In these and many similar scenarios, it’s important that people not just sit on the sidelines. Instead, they need to be an ally.

How often do you attend a panel and notice that the panelists look a lot alike?

If we start with the most simplistic definition, an ally is anyone who supports or empowers another person or group. Opportunities to do this are peppered throughout our work and personal lives. But we may not see them, or we may think that we don’t have anything to contribute.

I’ve mentioned in previous posts that I have mentored many junior women over the years. This made sense for me — I can relate directly to the kinds of challenges women face. But I wasn’t serving as an ally for other groups, because I didn’t necessarily understand the issues they were confronting. I didn’t know how I could make an impact. This came to the forefront early in my tenure as a diversity leader, when members of two of the firm’s affinity groups came to me with a problem.

One was Forum, our African-American affinity group, and the other was Spectrum, which represents the interests of our LGBT staff. These groups told me they lacked funding to represent the firm, particularly at recruiting events. When they asked for money to pursue these activities, they explained, they were told none was there. When we looked at funding across the board, we discovered that another affinity group, for women, was overfunded because it often “gave back” money at the end of the year. We rebalanced the budget to enable all of the groups to function effectively.

This may seem like a small thing to do — and in fact, in terms of my time and effort, it was. But it made a big difference. Being an ally isn’t necessarily about dedicating large amounts of time or money. It can simply be taking a moment to really listen: to recognize and understand the challenges facing someone or a group of people. It means empathizing with their situation and giving them the tools they need to solve a problem for themselves.

Being an ally isn’t necessarily about dedicating large amounts of time or money.

Consider how powerful a modest action can be, leading to an outcome that supports not only your existing staff but future colleagues. If you watched the 2015 Oscars, you may remember John Legend and Common performing the theme song from the movie Selma. It might not be obvious at first, but if you look closely at the choir, you’ll see that only the African-American members are singing. The others are marching silently, showing their solidarity — acting as allies.

How do you get started? Being an ally is a skill: You build the capability over time, and have to be willing to make mistakes. First and foremost, know the issues. Talk with your colleagues to understand the challenges they face. People are often afraid to take this step, because they don’t want to be presumptuous or risk offending a colleague. But I’ve found that people are open to conversation and appreciate being engaged. This may feel unnatural or comfortable; to help people feel at ease, try starting off by talking about a challenge you’ve faced or an experience you’ve had.

Second, know yourself. Relate to the issues that you’ve seen based on your own personal experiences, and understand your biases.

Third and finally, take action whenever and however you can. It can be as simple as stopping an inappropriate joke, encouraging broad participation in a team discussion, or ensuring inclusion on dinner invitations. Or it can be more dedicated, such as joining and participating in an affinity group or acting as a mentor or sponsor for a skilled employee from a group underrepresented in leadership positions. For example, in my practice, digital business and technology, we’ve actively tried to make gender a part of the conversation. We’ve had dialogues about traits common to women that can benefit the way we work, we’ve incorporated gender as a standard topic in our post-project-completion discussions, and we’ve added a “diversity champion award” that is given to one member of the practice each year.

Big or small, every positive action helps foster an environment in which diverse groups can ask for what they want — and feel confident that they will have the support they need to get it. 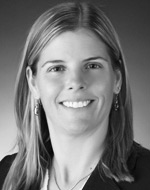