I recently wrote about a new breed of shipping alliance that is challenging FedEx and UPS. A set of regional ground-based players have connected their territories and systems so that their customers can now send packages to a far broader range of destinations than any one shipper can manage on its own, often faster and with more flexibility than the traditional giants. This is a good example of the power of alliances: These regional shippers would not be able to compete on their own, but together they are a strong challenger to much larger players.

An interesting twist to this story arrived with reports that UPS, in particular, had struggled to keep up with holiday demand. The situation was simple (and one that we might be tempted to blame on lazy customers). The United States is now full of people who think that they can place holiday-gift orders at the last second and have them arrive in time for Christmas morning. But the dominant shipping firms have air-based infrastructures—and even when they plan for significantly increased capacity, they have limits to their flexibility. At some point, they run out of planes, pilots, and handlers. You probably know the sad end to this tale (perhaps you experienced it yourself): Many gifts did not arrive on Christmas, leaving customers disappointed and upset.

Is this really the customer's fault? Weren't their expectations set by retailers' promises of "guaranteed Christmas delivery?" So this begs the questions of how retailers set the cut-off dates. They did so by looking at past holiday seasons. The problem is that Christmas happens once a year and customers change their behavior faster than that—especially on the Web.

It seems as though the likes of Amazon, Kohl’s, and Walmart promised too much. But the story doesn’t end there. What about the shippers' responsibility? UPS admitted receiving too many orders to handle as promised, while also claiming that its retail customers did not initiate many of their orders on time. At least one of those customers (Amazon) disagreed, saying its orders were placed on time, and its carriers (primarily UPS) were the ones who failed to deliver their end of the bargain. FedEx, meanwhile, claimed it did not have significant delays. (But what does “significant” mean around Christmas time?)

While retailers are extending apologies and handing out gift cards to retain their customers, behind the scenes they are undoubtedly pouring over their data about customer behavior and taking a hard look at the promises made based on that data. Somewhat more visibly, they and their shipping partners continue to argue about who is responsible for the whole mess. While it appears as though UPS was not alone in its failure to deliver on time, it is notable that the smaller shipping firms, which can adjust more flexibly to peaks by using rented trucks and temporary truck drivers, are not a big part of this ugly conversation. And this fact may cause some reflection among retailers, because it suggests that the shipping firms best known for reliable service—UPS and FedEx—may not be the best ones to use at peak demand times.

The shipping firms best known for reliable service may not be the best ones to use at peak demand times.

Indeed, what do retailers want from a shipping partner? Enduring good performance or the flexibility to handle crucial peaks? This isn't a trick question. The obvious answer is the correct one: They want both. It's an example of the power of having multiple alliances in business—even with multiple partners providing the same basic service. This allows you to draw on the right alliances for each particular challenge you face. In the case of online retailers, this might mean partnerships with both the likes of UPS and FedEx for periods when shipping demand is known and with their smaller competitors when greater flexibility is required. 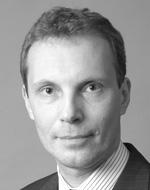