Bottom Line: Working with the same firms over and over again may boost a company’s revenue, but it can be costly.

Complex projects, as their name indicates, aren’t easy to pull off. Whether organizations are building a factory, a cloud network, or a supply chain, few have the full breadth of knowledge to do the job themselves. That’s why forming partnerships with other companies — outsourcing critical components of a big task to firms more adept at handling them — is a necessary part of doing business.

In many cases, organizations collaborate with the same firms more than once, preferring to join with companies that are well versed with the operations in question and whose quality of work has already been demonstrated. Proponents of repeated partnerships argue that companies that have worked together previously should be able to leverage their prior experiences by reusing communication platforms and customized technology, streamlining coordinated routines, and solving problems or reacting to unforeseen hurdles more efficiently.

But others are not so enamored with this approach, contending that familiarity can breed laziness, as companies get too comfortable with the status quo and stop searching for superior partners. Indeed, a study in the Harvard Business Review found that joint ventures that expand or adjust their alliances have a 79 percent success rate, whereas those that remain unchanged meet project goals only 33 percent of the time. In addition, sometimes collaborators may cut corners when they know they won’t be discovered doing so, in effect taking advantage of their intimate knowledge of a partner’s failings.

A new study aims to unravel the pros and cons of vertical integration with repeat partners by examining two discrete aspects of the primary firm’s performance: revenue and profitability. Whereas revenue represents more superficial, but eye-catching, top-line growth — the amount of money a company received for performing a job it wouldn’t have otherwise received — profitability is a hard-nosed statistic, reflecting how well that money was used. And the authors’ findings suggest that although partnerships tend to generate revenue, they don’t necessarily optimize profits.

To explore this issue, the researchers built a unique data set of bridge construction projects in Oregon from 2000 through 2007. This sector is ideal for the purposes of the study, the authors note, because state law requires prime contractors to outsource to at least one company from a wide assortment of potential subcontractors, and the main firms often use repeat partners. The primary contractor must determine the degree of vertical integration a project requires, then select which subcontractors, and how many, will be needed to satisfactorily complete the job. The lowest bid wins the project.

Because the Oregon Department of Transportation mandates that firms include in their bridge bids a list of all participants that would provide more than 5 percent of the work, the authors were able to carefully examine the contributions of each significant subcontractor that partnered with a prime firm. They supplemented this analysis by interviewing project managers. In all, the authors examined 144 winning bids and 436 losing bids.

The typical winning bidder outsourced responsibilities to three partners for projects that ranged from eight months to five years and cost an average of US$7.5 million to complete. Because all firms seeking a contract work from the same blueprints and product specs, and use similar cranes and bulldozers, the authors note, the most important variable from one job to the next is the quality of the partnerships. As one manager told the researchers: “Finding the right balance between close partners and cheaper [unknown] partners is the name of the game.”

The authors’ analysis showed that in general, firms that won bids benefited from repeat partnerships, because on the basis of their prior relationships they anticipated greater efficiencies and thus were able to propose lower prices. In fact, companies with deep repeated relationships — meaning they had outsourced to the same subcontractor several times over their last five projects — had an 8 percent greater chance of being awarded the project. Considering that 25 percent of the 436 unsuccessful bids lost by less than $42,000, it would appear that discounting the importance of well-established relationships could narrowly cost companies millions of dollars in up-front revenue because their bids are likely to be higher than those of companies that are working with repeat partners.

Repeat partners may become opportunistic, realizing they have the bargaining power to demand more compensation.

However, while deep repeated partnerships help firms win jobs, companies often overestimate the cost savings that working with familiar collaborators will help them wring out of the project. The authors found that project leaders choosing frequent partners as subcontractors suffered a 0.2 percent drain on profitability. This may seem like small change, but it could add up to almost $150,000 in lost earnings for the largest projects (about $75 million) in the sample, confirming the double-edged nature of doing repeat business with the same firms.

The authors posit that repeat partners may become opportunistic, realizing they have the bargaining power to demand more compensation as the relationship evolves. Or they may get too cozy with the ongoing arrangement, losing the incentive they once had to operate as efficiently as possible or even shirking some responsibilities. For their part, primary firms may also become complacent and overlook lower-priced, hungrier, and potentially more innovative partners.

This study was limited to a single industry, albeit one highly dependent on the role of repeat partners. The authors urge others to extend their findings by exploring the same issue in sectors such as high tech, wherein speed and innovation are paramount.

“Outsourcing makes sense when tasks are numerous and uncertainty is not acute,” the authors conclude. “However, a price is paid for this collaborative relationship: firms can become vulnerable, experience slacking, and overlook better, alternate partners. In that sense, friends and profits do not mix.” 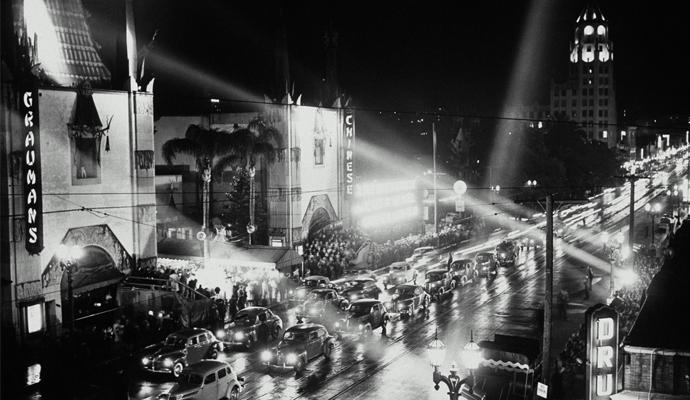 Persuasion, Hollywood style
Professors Peter Desberg and Jeffrey Davis explain how leaders can enhance their persuasive skills by mastering the craft of the pitch.
by Theodore Kinni
Digital issue