Clay Christensen is a very smart man. In the late 1990s he advanced his theory of disruptive innovation as a means to explain why seemingly excellent companies are often blindsided by new technologies. The ideas caught on—in business circles, the term “disruption” is now thrown around almost as frequently as “profit” and “loss.”

Christensen has applied his theory to retailing several times. In his landmark book The Innovator’s Dilemma, he offered a compelling case study of how department stores were disrupted by the rise of the discount retailers in the 1960s. In 2000 he and several coauthors examined the rise and disruptive influence of e-commerce in a well-received article for Harvard Business Review.

Internet sales now account for about 9 percent of total retail sales in the U.S. (more in some other countries) and have absorbed essentially all of the retail sector’s real money growth since 2000. The grocery sector, however, has been a notable stick-in-the-mud. While consumer electronics is now about 25 to 30 percent online, grocery still struggles to exceed 1 percent.

Last December, Christensen turned his attention to the relative weakness of online grocery sales. In a wide-ranging HBR article titled “Surviving Disruption,” Christensen and coauthor Maxwell Wessel note that disruption is not always the all-conquering force that it is sometimes feared to be. And they offer a framework for how to understand when and if a disruption is “coming right at you,” or whether it may pass you by.

As an example, they lay out an analysis of the grocery sector, starting—as Christensen often does—with examining the “jobs” that consumers “hire” their grocery store (in this case, a Kroger) to do for them.

“Spend a day near a Kroger exit, and you’ll see a few distinct patterns. In the morning and early afternoon, many customers spend a substantial amount of time in all the store’s aisles loading up large grocery carts. Occasionally a customer zips in to buy one or two items and checks out in the express lane. Late in the afternoon, a handful of customers are still filling their carts with staples, but far more are picking up fresh vegetables, proteins, and the occasional baked good.

… The people filling their carts were stocking up on products they knew in advance they would need—the weekly grocery pickup. The ones zipping in and out were after some emergency item they’d forgotten or something essential sold only by that market. The shoppers arriving during the afternoon rush were gathering ingredients for that night’s dinner.”

Grocery retailers will recognize these “jobs” as what are known as “shopping occasions” or “trip missions.” Shopping occasions cut across traditional customer segmentation and are instead defined by the motivation and needs of the shopper on a particular trip—based on what they are buying, how much they are buying, and how soon it will be consumed.

We can all recognize a “top-up,” or “fill-in,” shopping occasion: a quick trip to our local grocery store to pick up fresh ingredients for tonight’s dinner and perhaps a few other items to get us through the week. Similarly, we are familiar with the “stock-up” trip: the less frequent big shopping excursion when we buy many of the staple (often nonperishable) items that make up a large proportion of our grocery budget.

Christensen and Wessel’s basic argument about the grocery business—and it’s a good one—is that online shopping is much better at serving the needs of stock-up occasions than top-ups. Generally speaking, stock-ups are preplanned trips: Consumers prepare shopping lists and may venture significant distances (say, to reach a club store or a supercenter) specifically for that occasion. Since much of the basket is nonperishable, consumers can buy larger pack sizes and draw on their pantry “inventory” gradually over the following week(s). In contrast, top-up occasions tend much more toward the impromptu and immediate. Many consumers may not know what they are going to buy even as they enter the store to shop for tonight’s dinner.

Since online shopping requires some element of preplanning, Christensen and Wessel argue, top-up occasions should be relatively safe, while stock-ups are at much more risk for online disruption. That’s the bad news for retailers, especially those that focus on these occasions today such as club stores and supercenters.

The good news is that it’s a lot easier to make the move into online by focusing on stock-ups. For one, fulfillment is easier for stock-up occasions. As stock-ups tend to focus much more on nonperishables (including nonfood items like trash bags and cleaning products), handling and temperature control issues are much reduced. And since most of the stock-up basket is not needed “right now,” the consumer will likely tolerate longer times between order and delivery. In addition, the need for precise delivery windows is substantially reduced, since nonperishable products can often be left on the doorstep.

To assess the potential long-run impact of e-commerce on grocery retailing, we examined today’s grocery market through these two lenses: type of shopping occasion and perishable versus nonperishable items purchased. We found that about 40 percent of the total current market is made up of nonperishable items bought on stock-up occasions. Based on our own data and the argument discussed here, we estimate that about 10 percent of all grocery sales could be online by 2025—and of these online sales about 80 percent will be from this nonperishable, stock-up “cell.”

Interestingly, most of the current debate in the grocery industry centers on what operating model or “format” is required to make online groceries both appealing to consumers and cost-effective for retailers. Retailers are variously experimenting with centralized, highly automated fulfillment centers with hub-and-spoke distribution (Ocado), decentralized online picking-only “dark stores” (Tesco), pickup in-store (Safeway), pickup points (Ahold), and other models. Notably, Amazon has recently announced a significant expansion of its Amazon Fresh offering, with city-level fulfillment centers combined with rapid (likely same-day) delivery.

An analysis of these different models is beyond the scope of this post, but it does strike us that the implications of Christensen’s insights are quite powerful. All of today’s competing models seek to serve all shopping occasions and all categories. Yet much of the cost and complexity in online grocery retailing stems from the stringent demands of just one shopping occasion: the top-up, which requires high-speed delivery, careful handling, and strict temperature control all the way to the consumer’s doorstep (implying precise delivery windows). If a retailer were instead to target nonperishable, stock-up occasions only, the business would be much less complex and much lower cost.

Perhaps the truly disruptive play in online grocery retail is not a “full-service” model seeking to meet all the consumer’s needs all the time but a limited nonperishable offering targeting stock-up occasions. In our view, this is the key implication of Christensen’s recent analysis. And he is, after all, a very smart man. 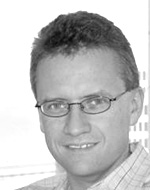 Nicholas Hodson is a partner with Strategy& based in San Francisco. He leads the firm’s retail practice in North America and specializes in strategic transformation, performance improvement, and digital strategies for retailers. 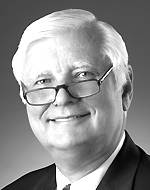