Who are the most valuable people in your organization?

If you’re a numbers person, you’ll likely look at compensation for the answer, and so those in the C-suite will appear to offer the most value. At that level, salary, bonuses, and stock options at large companies can skyrocket into six, seven, or even eight figures. But the problem with using compensation as a guidepost for value is that C-suite pay is often driven by competitive measures — no company wants to give its most senior executives below-average rates, lest their leadership be poached or they find themselves unable to attract talent in the first place. This self-reinforcing feedback loop pushes compensation ever higher but doesn’t necessarily have the same effect on value.

If you’re forward looking, you might identify your organization’s high-potential individuals, or “hi-pos,” as the most valuable. These employees are considered the company’s future and are assiduously recruited and groomed to fulfill that expectation. Judging by the investment in them, they could easily be seen as the most valuable people on staff. However, this perspective is flawed too. Hi-pos are sometimes identified based on superficial criteria such as what schools they have attended or whether they exhibit an outgoing personality. Unless recruiting objectivity is rigorously cultivated, perceived potential may never turn into actual performance. And confirmation bias may make it hard for leaders to see or admit error once someone has been deemed a hi-po, or to recognize late bloomers and those who lack perfect credentials. 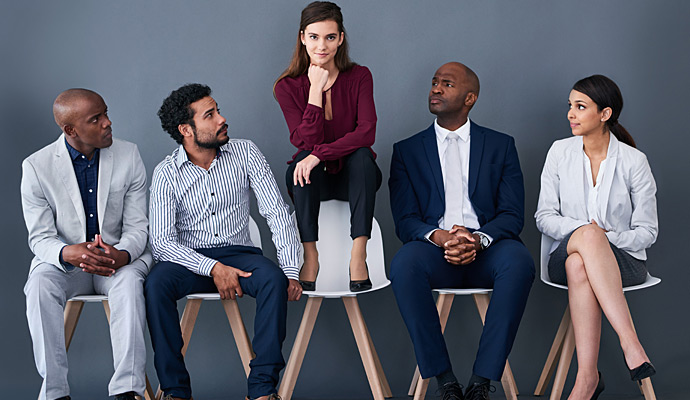 So how do you suss out the truly important workers? After a little research, I’ve found that applying a concept from nature can be an effective guide for identifying an organization’s most valuable employees.

Scientists studying natural habitats — arguably the most dynamic and adaptive organizations in existence — have identified certain species whose behaviors help satisfy the needs of other species, and so hold an outsized value for the well-being of the overall community. Scientists call these valuable organisms keystone species. Without the links they maintain with other species, system health degrades and can collapse.

The first identified keystone species was the purple sea star, found in tide pools of the Pacific Northwest. When the tiny sea star was removed, the food chain was disrupted in a big way. Biodiversity on the tidal plain fell by half within a year. Then, when the sea stars were restored, biodiversity recovered completely. And after the 1995 reintroduction of grey wolves, another keystone species, to Yellowstone National Park, almost every other species in the ecosystem was positively affected. As a top-level predator, wolves culled the swelling deer population, which led to the recovery of flora that the deer had decimated. Birds and insects dependent upon those plants returned. The beaver population recovered as well. And all of this resulted in streams rerouting in ways that restored balance and vitality to the ecosystem. Similarly, elephants are central to the health of certain African ecosystems: They knock down trees when they feed, perpetuating the savanna in which so many other species thrive. Their feet leave indentations in the earth that capture water to support other life forms. And the trails they establish create firebreaks.

This is a nice biology lesson, but how does it relate to how you lead your organization? Just as a natural ecosystem relies on a complex web of interrelationships to survive and thrive, so too does your corporate ecosystem. Customers, employees, suppliers, competitors, communities, investors, and many others all have a role to play, with some relationships bearing a greater impact than others. To find the keystone people within your company, look beyond titles and pay stubs and consider which relationships between your stakeholders are most significant. Those who foster these relationships are your most valuable workers. Smart organizations support and nurture their keystone employees, effectively nurturing the entire organization.

Keystone employees are often leaders, even if they don’t hold formal leadership roles. They embrace their organization’s mission and know that they can’t expect to fulfill it alone. So they work to equip and inspire more people to move the mission forward. They spot the potential contributions others can make — and encourage them to do so. As a result, employees willingly follow them, and that’s the true definition of leadership.

Some keystone employees transmit the essence of your brand to your customers. These frontline workers are adept at embodying and expressing the brand in ways that transcend strategy and tactics, and that competitors find difficult to imitate. Think Mary Kay sales representatives or JetBlue flight attendants. Or consider this spontaneous account on Instagram, featuring photos of dogs who love their UPS drivers. Contrast that brand appeal with the stereotype of dogs angrily chasing down U.S. Postal Service workers and then imagine trying to gain a similar advantage — embodied in the keystone delivery drivers — using traditional marketing tools.

Call center reps are another type of keystone species. While many organizations treat them as easily replaced cogs (call it keystone blindness), Zappos sees them as a source of competitive advantage. The company invests heavily in recruitment, training, and the overall appeal of the work. American Express also has reorganized its call centers to acknowledge the centrality of the customer-support experience to long-term cardholder loyalty.

Moving beyond the front lines, how do you identify your keystone people as you scan your corporate habitat? My colleague Barry Dorn, M.D., often visits healthcare organizations as an executive coach. To get the pulse of the culture, he engages department heads, a wellspring of keystone employees. “Top administrators may grasp the big picture. However, it’s the people who run the individual departments who really know what makes the place tick,” he told me.

Oftentimes, department heads work at the point where strategy and vision collide with reality. They must balance quality care, cost containment, staffing, the patient experience, and more. It’s a job that requires grasping what it takes for their unit to run well and the essential connections and interdependencies with other parts of the organization.

Other keystone employees bring your company’s mission to life, helping coworkers to see the link between what they do and why they do it. Think of Apple’s designers and how the forms of the company’s devices amplify and reframe their function from a simple commodity to an alluring “must have.”

Keystone employees bring your company’s mission to life, helping coworkers to see the link between what they do and why they do it.

Keystone employees can be adept translators between different internal and external groups and functions; in the flow of information through a company, they increase the signal-to-noise ratio. Some have called these types of keystone employees “authentic informal leaders.” When I deployed to observe the FEMA Innovation Team after Superstorm Sandy, I met a small group of FEMA employees and volunteers who could speak both “government” and “community.” It was their ability to translate between federal officials and ad hoc responders that helped establish the trust necessary to collaborate in feeding and clothing survivors, restoring Wi-Fi connectivity, and providing other necessary services.

Why doesn’t every organization recognize their keystone employees and cultivate the contributions of these essential people? Partly to blame are decades of linear thinking that emphasize the optimal arrangement of boxes on an organizational chart as the key to success, rather the dynamic human qualities of those who inhabit those boxes. Get away from the boxes and out into the “wild” of your organization, and take an ecosystem view. Your keystone employees are there — and not necessarily in the highest-profile or most richly compensated roles. Listen to them and develop them if you want your organization to thrive.