Over the last few years, the conventional wisdom has coalesced around a view that success in emerging markets is primarily a function of outstanding execution—speed, opportunism, tenacity, and guile—instead of a well-thought-out strategy supported by a set of winning and difficult-to-replicate organizational capabilities. In other words, street smarts are supposed to beat MBA smarts every time.

Even leading academics favor this perspective, ironically celebrating the success of emerging market entrepreneurs at the expense of their own students. For example, in Emerging Markets Rule, Mauro Guillen (Wharton) and Esteban Garcia-Canal (University of Oviedo in Spain) describe emerging market companies almost as latter-day Zorros, which cleverly outmaneuver their dim-witted multinational counterparts at every turn, while “expanding with abandon” and “surmounting challenges that their developed-market competitors have avoided or given up on.” Their knack for “execution as strategy” may, according to Guillen and Garcia-Canal, “give emerging market companies an edge as they increasingly compete head-to-head with multinationals from the developed world.”

While the romantic notion of emerging market underdogs beating villainous multinationals clearly appeals to many readers (and publishers), is it actually true? Did emerging market giants, such as Bimbo and Haier, succeed largely due to their executional abilities and without the benefits of a solid strategy and differentiated capabilities? The answer, I’m afraid, is no. In fact, the conventional wisdom does great harm to aspiring emerging market companies by persuading them that relying on execution alone is enough to succeed.

The reason is that emerging market companies embody an important contradiction. They’re not only early movers in nascent domestic sectors, but they’re also typically latecomers to globally mature industries that are dominated by world-class competitors that have been honing their capabilities for decades. To succeed not just in global markets but even at home, emerging market companies must combine their traditional advantages—the vision, risk tolerance, flexibility, and speed needed to capture early-mover gains—with a relentless focus on developing the capabilities required to catch up with world-class competitors elsewhere. In other words, emerging market companies must master a new form of strategic and organizational ambidexterity that goes far beyond execution alone.

It’s easy to see why this is often misunderstood, as emerging markets are invariably still in flux, with numerous institutional voids: imperfect and frequently changing regulations, the absence of nationwide distribution channels, poor logistics networks, limited financing options, and even the lack of basic market data. Not surprisingly, local firms are far better at overcoming such voids than multinationals, not because they’ve somehow developed a superior operating model but simply because they’re often still run by their founder‒¬¬entrepreneurs: well-connected industry veterans who are adept at finding practical work-around solutions and still make most important decisions by themselves. In contrast, multinationals lack the local market understanding and personal relationships with government officials and other stakeholders, and are often hindered by their own time-consuming global decision-making processes.

However, while often quite successful early on, emerging market companies that focus primarily on top-line growth tend to become less coherent over time. One-time fixes pile up to create a hodgepodge of ill-fitting processes and ad hoc solutions. Without a solid foundation, companies begin to experience operational problems, such as poor quality, customer defections, low employee morale, and poor inventory management.

At the same time, double-digit growth is eventually replaced by head-to-head competition from local rivals and increasingly competent multinationals, while many institutional voids disappear, as the country migrates from an emerging to a developed economy. On top of those issues, as the organization grows larger and more complex, many founder‒entrepreneurs lose managerial control, especially when the organization branches out into unfamiliar products and markets.

Under these circumstances, it’s easy to see why so many early stars flame out over time, and why the vast majority of successful emerging market companies do, in fact, derive their success from a more ambidextrous approach that combines strategy and execution. This includes such emerging giants as Bimbo, Cemex, CIMC, Embraer, Huawei, Haier, Natura, Tata, and Wipro. While they certainly didn’t ignore the need for fast decision making, speed, and opportunism, these firms focused as much on bottom-line profits and becoming world-class companies as on top-line growth.

The spectacular reversal of fortune for Chinese automakers BYD and Great Wall is a good example of how the conventional wisdom is misguided and can do great harm. Founded as a low-cost battery manufacturer, BYD expanded into automotive assembly with the objective of becoming the world’s leading automaker by 2025—a vision rooted in its belief that most cars would soon be powered by electricity instead of internal combustion engines. The company expanded quickly, famously prompting Warren Buffett to purchase a 10 percent stake in it, which further enhanced brand awareness and made BYD’s F3 model the best-selling sedan in China.

But soon after, BYD began to falter. Its grand vision proved hopelessly optimistic, while its vertical integration strategy and failure to develop the required functional capabilities (like product development) led to serious quality problems and other issues. Finally, the company’s overly aggressive growth targets resulted in prohibitively expensive retail and production overcapacity. As a result, BYD was forced to retrench and implement a full-blown turnaround strategy, and it currently faces an uncertain future.

In contrast, its domestic rival, Great Wall, adopted a different strategy of “becoming stronger, then bigger.” After opportunistically deciding to branch out from a vehicle repair collective into automotive assembly, Great Wall initially focused exclusively on the underserved pickup trucks and SUV segments, and on developing its capabilities in such core functions as product development, safety, and total quality management. Unlike BYD, it entered into numerous partnerships with advanced Western suppliers to improve vehicle quality as well as its own capabilities, and didn’t start making sedans until 2008. Great Wall’s patience has paid off, as the company recently overtook its local rivals, including one-time market leader BYD, to become China’s largest domestic automaker.

In conclusion, in the words of French novelist Alphonse Karr, the more things change, the more they stay the same: In emerging markets, as in the developed world, strategy matters as much as execution.

Mark Carney on a values-led economy
The former governor of the Bank of England argues for a major overhaul of the financial system to confront global challenges.
by Jakob von Baeyer 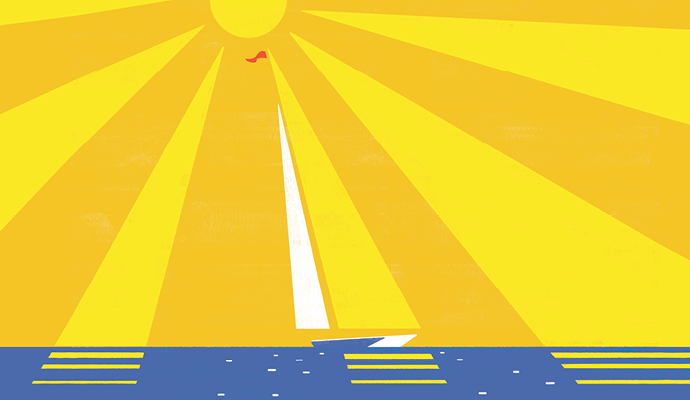