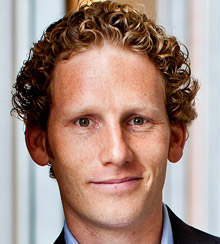 Social media will carry your company’s marketing strategy into the future, guaranteeing that more and more people will engage with your brand and purchase your products. Right? Tempting as that is to believe, says Jonah Berger, associate professor of marketing at the Wharton School of the University of Pennsylvania, companies routinely expect too much from their mere presence on platforms like Facebook and Twitter. Berger warns that many companies are getting caught up in the hype and ignoring the important question: Why do certain brands go viral, while others lag?

In his new book, Contagious: Why Things Catch On (Simon & Schuster, 2013), Berger, who has a psychology background, codifies his framework for understanding and marshaling the power of word of mouth—the willingness of people to spread your message—to reach and influence customers. It’s a marketing strategy that his research has shown to be 10 times as effective as traditional advertising. Berger recently sat down with strategy+business to explain why generating word of mouth is more important than accumulating likes and followers.

S+B: In Contagious, you posit that there’s a science behind why certain things spread.
BERGER: For the past decade, I’ve studied word of mouth—why people talk about certain brands more than others. It’s not random; there’s a structure behind it, a formula. And if we understand that formula, we can be much more effective. Again and again, I found the same six key drivers: social currency, triggers, emotion, public, practical value, and stories.

Social currency is the idea that people are more likely to talk about something the better and smarter it makes them look, and the more special it makes them feel. Triggers are why peanut butter makes us think of jelly—linking products and ideas to cues in the environment increases word of mouth. The more you can get people fired up, excited, or even feeling negative about something, the more likely they’ll be to pass it on: That’s emotion. Public refers to the idea that by making behavior observable, so that it can be imitated, you make it more likely that your idea will catch on. When something has practical value—when it is useful—people share it with others to help them. And finally, stories enable you to wrap your product or idea in a narrative that carries your brand along for the ride.

S+B: What does this mean for companies’ marketing strategies?
BERGER: Marketers often believe that they need to tell people why they should buy a product or focus on features that will benefit consumers. But people don’t want to share things that look or sound like ads. One of the biggest problems today is that companies spend way too much money on traditional advertising. They need to shift to thinking about how to turn customers into advocates—how they can get the people who use and like their product to share with more individuals, both online and off.

To get that to happen, however, you have to understand why people are talking in the first place. This is where science comes in.

S+B: How does that tie into other ideas about social spreading?
BERGER: I read Malcolm Gladwell when I was in college, and it inspired me. But The Tipping Point doesn’t talk about how to get more word of mouth. It popularized the idea of social epidemics, but it didn’t explain why people talk about some things rather than others. A good analogy is that social epidemics are like cars. They can go fast, but only because of the engine—and word of mouth is that engine.

People tend to read The Tipping Point and think that if they just find the mavens, the connectors, and the salesmen, they’ll be done. But there’s no data to suggest that certain people are repeatedly more influential than others in a way that marketers can use.

S+B: You write that only 7 percent of word of mouth happens online. Has the significance of social media been overhyped?
BERGER: Too many companies set up a Facebook page and a Twitter account and assume they’re done. “We must be successful! We have a social media department!” That’s not a strategy. Companies get seduced by their numbers of followers and likes. They think, “We got more followers today; we’re doing a great job.” But at the end of the day, is that getting them increased sales, is that bringing them new customers? The problem with online is it has encouraged people to mistake activity for productivity. “Just because we’re doing something, it must be the right thing.”

Now, that 7 percent statistic doesn’t mean that online and digital aren’t important. Of course they are—particularly if your product generates most of its sales online. But don’t forget that most word of mouth happens offline. Face-to-face conversation is still the original social media.

So companies need to make sure they also have an offline strategy. Optimizing giveaway programs is a great way to encourage people to do the targeting for you. The average American engages in more than 16 conversations daily in which they talk about a product or service. And there are companies, like BzzAgent, that are in the business of making your brand one of them. If I’m a dog food company, and I sell my big bag of dog food, maybe I also give people a little trial bag that they can give to a friend. Rather than you figuring out who has a new dog, why not let people do it with their own friends? They have the best sense of who’s going to like your product—much better than you do.

“Liking” something is a passive action. What you really want is that engagement, where people are authentically sharing your brand with others. Twitter, in some ways, is the new television. At one point, when there weren’t a lot of advertisements on TV and there weren’t a lot of channels, you could get your message out through that medium. But that’s clearly changed. Similarly, today there’s so much clutter on these various online channels that it’s unlikely your message gets out to very many of your followers. In fact, on a good day, your tweet may get out to 1 or 2 percent of the people who follow you.

S+B: Who’s doing it right?
BERGER: Recently, LinkedIn sent out a note to some of its users alerting them that they had one of the top 5 percent or 10 percent of profiles [in terms of viewership]. It made people feel special. But instead of just patting themselves on the back, thousands of people shared that message with others. It’s pure social currency.

LinkedIn made those people feel like insiders, like they had status, and they crowed about that status to everyone else to take advantage of it. Status is only good if other people know you have it. But LinkedIn got to come along for the ride. It wasn’t just that people were saying, “I’m great.” They were saying, “LinkedIn said that I’m great.” LinkedIn got to be part of that message—that story.

Plenty of offline companies are successfully prompting word of mouth as well. For example, we can see triggers in action with Geico’s “Hump day/happier than a camel on Wednesday” campaign. Geico was trailing far behind Progressive a few months ago, in terms of online search. But after this campaign came out, Geico took the lead. There’s a big spike for this campaign, in particular every Wednesday. Hump day rolls around, and it reminds people of the ad and of Geico. They go searching for the ad, they share it with others, and it helps build word of mouth about the brand. As a result, that ad is one of the most viral, most shared ads online at this moment.

S+B: What’s the next frontier in terms of behavioral research and marketing?
BERGER: One thing that my colleagues and I are thinking about now is how the different channels that we use for sharing affect what we say. Face to face, we don’t want to sit in silence, so we say anything to pass the time. But online is a written medium, which allows us more time to construct and refine what we want to pass on. We curate our online identity. We can delete our post, we can revise our post, or we can decide not to send it.

Online it’s much more about social currency—how is this going to make me look (and if it won’t make me look good, how can I revise it), whereas offline it’s much more about triggers—what’s top-of-mind that can fill the conversational space. By carefully considering how people share in a given context, companies can better design their messages for that context. Tailoring messages based on the communication channel will be essential for marketers.