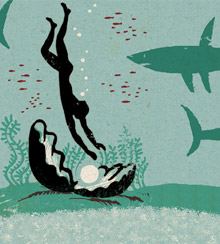 Across Asia and the Middle East, rising incomes and accelerating investment in infrastructure have attracted multinationals eager to expand their global presence. But success in these high-growth emerging markets (HGEMs) often proves elusive. Several recent reports and surveys suggest why: Many HGEMs rate poorly on the World Bank’s “Ease of Doing Business” index, on Transparency International’s “Corruption Perceptions Index,” and on the Economist’s “Crony-Capitalist” index. These rankings make clear that strategies and business models tailored to the regulations and laws of mature markets may not translate well into HGEMs, many of which are characterized by opaque regulatory climates, weak institutions, and invisible influence networks that may expose companies to unacceptable legal and reputational risks.

Meanwhile, regulations on international practices in many companies’ home countries are getting stricter. The 34 Organisation for Economic Co-operation and Development (OECD) members and six other nations that are signatories to the OECD Anti-Bribery Convention are increasingly enacting laws criminalizing the bribery of foreign officials. In one high-profile example, several managers of Securency International (then a subsidiary of the Reserve Bank of Australia and since sold to Innovia) were charged in the Australian federal courts with bribing or conspiring to bribe officials in Indonesia, Malaysia, and Vietnam, leading to a flood of negative media coverage.

The institutional weaknesses of HGEMs are often deep-rooted and are best understood in the context of those countries’ histories. At the end of World War II, many of today’s Asian high-growth markets had per capita annual incomes of just a few hundred dollars. They were emerging from a combination of Japanese occupation and colonial domination that left in place ineffective national institutions and hybrid legal systems that combined customary laws, colonial-era laws, and a modern constitution.

During the next four decades, even as these so-called Asian miracle economies grew, their leaders—often military or former leaders of national liberation movements—failed to undertake badly needed structural fixes to the legal and administrative institutions they inherited. Instead, to rapidly build national infrastructure, grow national companies, and finance the political process, many postwar officials created informal, top-down networks of local blue-chip companies whose leaders had close associations with the ruling families or parties. For example, in Indonesia, under its second post-independence president, Suharto, our sources have claimed that any project costing more than about US$50 million had to involve a member of Suharto’s inner circle—a group of 24 family members and trusted advisors. This top-down “sponsorship” by well-connected individuals created price distortions and a lack of transparency, but it also accelerated infrastructure and other development by shielding these projects from administrative or military interference.

Today, even as disposable incomes in these countries grow, it will likely be some time before their institutions and regulatory climates mature. Those seeking to do business in HGEMs may believe that decisions in this environment can still be achieved only by the transfer of “commissions” to individuals or political parties. However, in addition to being illegal, such methods may no longer be effective. During a private discussion in one large emerging Southeast Asian democ-racy between the billionaire head of the leading chamber of commerce and a newly elected senior economics minister, the chamber head complained that the transition from autocracy to democracy was bankrupting his members, because they no longer knew who to pay.

Managing the complexities in HGEMs won’t be easy, but the following eight principles can pave the way for success.

1. Align vision and values. The team leading the HGEM entry has to engage corporate leadership to develop a vision of near-term success for the HGEM portfolio. Planning at the portfolio level gives the execution team the flexibility it needs to quickly reallocate resources and thus accommodate fast-changing conditions in any one market. It is also important for companies to refresh their corporate ethics and values policies, and to engage and educate the board, business unit leaders, and key internal stakeholders—as well as the teams that will be responsible for on-the-ground delivery. One U.S.-based multinational that had been losing out to a large foreign rival in HGEMs found that a focused strategy coordinated from the CEO’s office and supported by a high-level local advisory council allowed the firm to identify and selectively support priority programs—such as leadership development—with national leaders. These programs led to a degree of protection for all the business units from the attention of corrupt individuals.

2. Decide where, when, and how to compete. The vision needs to be supported by a detailed screening process that prioritizes a portfolio of markets and sectors in which the business is advantaged to compete, and that meet firm-specific attractiveness criteria. The screening process must be followed by developing deep insight into the way decisions are made—and influenced—in each potentially attractive market. This analysis will later be expanded to include identification of the key decision makers, and of ways to influence them that are consistent with corporate values and all relevant legal frameworks.

3. Understand the local “way to play.” Although some themes apply in all HGEMs, uniquely local ways to play can also be analyzed and planned for. Companies should take stock of their in-house regional linguistic and relationship-building skills, and focus on recruitment and training to fill gaps. This process also involves developing a high-level business plan that will include identification of distinctive, transferable capabilities to be leveraged during the entry phase. The HGEM business plan must be comprehensive and robust enough to be communicated to shareholders and analysts as a plan to compete—not just to comply—and as an integral part of a wider, sustainable strategic model that will justify a growth premium for the company’s share price.

4. Identify key stakeholders. After companies have developed some clarity with respect to priority markets, they need to identify key local decision makers and influencers. This analysis must include not just obvious senior figures, but also low-profile “cronies”: business leaders who are invested heavily in supporting the prevailing ruling party and who are repaid with licenses in regulated sectors and with major government contracts. In each case, the business must decide whether to compete with, avoid, or find ways to collaborate with these individuals while not breaching laws or company values. Fortunately, as economies mature, the power of cronies is reduced—and typically a technocrat class of leaders emerges, committed to more transparent national development and seeking alliances with foreign firms that can advance their goals. Understanding national agendas can allow ethical companies to avoid head-to-head competition with government-favored rivals while creating opportunities to help politicians achieve their legitimate goals in legal and ethical ways.

5. Create a capability to manage alliances. Once firms have the requisite insight into critical decision makers and influencers and decision processes, they will often identify a capability or relationship gap. The ability to quickly create and manage alliances to address this gap is critical. In the complex and often fast-changing environment of HGEMs, alliances between companies seeking to participate in regional opportunities can bring much greater flexibility than joint ventures.

6. Build reputation and image. In most HGEMs, business networks are tight-knit and difficult for outsiders to understand, let alone penetrate. Information is typically shared rapidly within these networks, and because reputations are often based on perception, early impressions count. In many markets, a perception that the firm understands and has a strategy aligned with national development is a valuable asset. It is important to ensure that this image is not tainted by association with the “wrong” partners.

7. Empower the people closest to the market, but be vigilant. The in-country teams must be entrepreneurial—and empowered—albeit with appropriate checks and balances, compliance measures, and risk management in place. Companies will need to closely monitor not only finances and operations in this decentralized model, but also new metrics such as the quality of relationships with key local stakeholders. One leading international steel company paid the price for its superficial approach to these relationships, which bred a culture of self-deception. During an independent review after the loss of a national privatization bid the company had been confident it would win, a minister whom the CEO had identified as a close contact—when asked about the CEO—responded, “Who?”

8. Adapt the governance model. Companies should plan to add new directors who have hands-on HGEM experience to the main group board. They should also create specialized subcommittees of the board dedicated to deepening expertise and relationships in priority HGEMs, and appoint one or more regional chairs—full- or part-time market-facing roles that are often filled by a semiretired director or a senior executive. This position can help shield the CEO and other key head office executives from the potentially frequent and distracting need to meet senior political leaders from the portfolio of target HGEMs who will be offended by meeting with someone whose title they consider too junior. Finally, companies need to establish local or regional advisory boards to provide insight, access to key decision makers and influencers, and a reputational halo effect. The advisory board structure can be further augmented with the selection of external professional firms—lawyers and consultants—that have close links to local cronies and that can provide valuable back-channel access and influence while remaining compliant.

During our four decades of work in HGEMs, we have found a high number of senior leaders in both business and politics who are quietly trying to change the local system. We have also been impressed by the candor with which they will discuss, privately, the challenges of this reform process, and their need to forge alliances with those international firms that are willing to support their transformation. Success will require patience, persistence, and focus, and growth will be less predictable and more volatile. But firms that wait for the ideal environment may well lose out to more innovative multinational rivals or, increasingly, to competitors from HGEMs that are continuing to strengthen their position at home—and that may just make their way to more established markets before long.

Topics: finance, board, training, economics, execution
Get s+b's award-winning newsletter delivered to your inbox. Sign up No, thanks