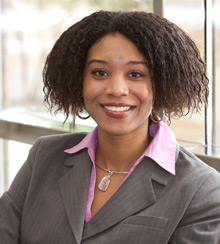 Silicon Valley is recognized globally as the birthplace of some of today’s most popular and iconic technologies. Many of its startups have a particular dynamic to thank for their success: the formation of clusters, or groups of companies and organizations that congregate in a region around a particular field.

Brett Gilbert, an associate professor in Rutgers Business School’s department of management and global business (and @ProfGilbert on Twitter), studies the formation and influence of these clusters. When a prominent university or a powerhouse company draws other, smaller organizations to its region, a tech cluster forms, supporting entrepreneurs as they develop their own breakthroughs. This model has been observed for decades in the United States. Now, emerging markets such as South Africa are seeing nascent cluster formation. And the success of these nations in the global economy may depend, at least in part, on their ability to make clusters work.

THE A TO Z OF TECH CLUSTERS

Brett Gilbert, associate professor at Rutgers Business School, discusses how clusters, or groups of companies that congregate in a region around a particular field, are evolving.

Gilbert, who has a Ph.D. in entrepreneurship from Indiana University and served a gubernatorial appointment as an advisory committee member for the Texas Emerging Technology Fund from 2008 to 2010, recently spoke with strategy+business about her research in the U.S. and abroad. She says South Africa is on the right track toward building its own vibrant tech community, though it will face challenges unique to the country’s history and economy. Gilbert also explains why clean-energy tech companies looking to form clusters may not find themselves with the same support other technology-focused communities have.

S+B: How do tech clusters form?
GILBERT: Technology companies tend to group and develop in the same location. Some clusters have emerged from the work of a university: Stanford was very instrumental in the development of Silicon Valley, for example. A cluster can also start with a company. Consider Seattle, which has a somewhat small, but very influential, software development and information technology cluster. Microsoft had an important role in spawning that cluster, and most of the firms located there tend to develop products that largely build on or support Microsoft offerings. They essentially position themselves within the value chain of the dominant firm.

Recently, I’ve started looking at how clusters form in emerging markets, with a focus on South Africa. The government is in the process of trying to develop a cluster of IT firms in Johannesburg in hopes of spurring more economic growth and development. It’s still in the very early stages, and at this point much of the effort has been in establishing tech incubators [enterprises that assist startups with office space, guidance, and services].

The South African government has some tools at its disposal. For example, it has laws mandating that multinationals operating in the country contribute back to the economy. They are required to help develop small and medium-sized enterprises, and to contribute a certain percentage of their profits to employee development. Thus far, such rules have mostly been used by the government to support entrepreneurial firms, rather than as a deliberate attempt to forge clusters. However, the city of Johannesburg now has an official who is responsible for supporting cluster development, so it’s moving in that direction.

S+B: Do new clusters tend to emerge near venture capital money, or does money come to the cluster?
GILBERT: They coevolve to a certain extent. Silicon Valley, for example, didn’t necessarily have venture capitalists first — the U.S. government funded early research in the 1950s that led to the founding of many Silicon Valley companies. That said, I think there’s still a tendency for venture capital to concentrate in certain areas in the same way that firms tend to concentrate in certain areas. And venture capitalists, of course, tend to have a preference for financing companies that are within their geographic region, or at least within a certain distance, so they are able to get to the companies for mentoring and other activities. I think a viable cluster requires a little bit of private- or public-sector funding early on, along with a steady stream of self-generated entrepreneurship. Once those two things feed off each other, we begin to see more investment happening within clusters and more venture capital being attracted to the area.

S+B: How are clusters in emerging markets such as South Africa different from those in more established countries?
GILBERT: In emerging markets, other factors are often at play. For example, many multinational technology companies are operating in Johannesburg, but they may actually be a hindrance to seeing a technology cluster emerge there. Many people would rather have the stable job with a large multinational, as opposed to venturing out on their own. Under the current government system, if you are a white South African, it’s risky to leave a job. The country’s post-apartheid employment policies ensure that a percentage of jobs go to black South Africans, which means that leaving a job increases the risk for a white South African that he or she may not get another one down the road. Black South Africans, meanwhile, having been shut out from the economy for so long, are now able to enjoy a middle-class lifestyle. Walking away from this life to start a business isn’t easy for many to do.

However, although having large, multinational corporations in the country isn’t necessarily helping an entrepreneurial community emerge, I think it’s still fairly early in terms of the long-term impact. I know that Microsoft, in particular, has been actively involved with trying to help grow the cluster in Johannesburg. But from what I can tell, as far as the company’s interaction with the entrepreneurial community goes, a lot of it is focused on building technologies using Microsoft products.

S+B: What are the advantages and disadvantages of being in a cluster?
GILBERT: In the United States, clusters do tend to be very beneficial for startups in the early stages, primarily because if the startups survive, they have access to resources, knowledge about industry trends, and maybe even technological developments that are useful for them in terms of developing their own concepts. And whether they form around a university or a company, clusters can ultimately result in both job creation and wealth creation in a region.

One thing I’ve found, however, is that startups that are founded in clusters have a tendency to over-emphasize their existing products. I think what happens within the cluster is that, because they’re constantly learning about what other firms are doing, they’re taking that knowledge and incorporating it into their current portfolio, as opposed to using it to develop new products. For example, when you have a cluster with a single dominant firm, the other companies often tend to service that larger firm rather than focus on breakthrough innovations of their own. And if you have a lot of companies that are thoroughly dependent on one dominant firm, they’re vulnerable to changes to that firm’s economic state.

It’s still very early to speculate on whether we’ll see these same advantages and disadvantages in South Africa. But African culture is very relational and communal in nature. Given that clusters require strong knowledge-sharing and a level of trust between actors, I see no reason they wouldn’t thrive in South Africa. In fact, Kenya started down this path a few years back and is seeing strong success with the development of a tech hub near Nairobi [dubbed “the Silicon Savannah”]. Moreover, in a developing country context, some of the disadvantages of clusters in established markets — such as firms being overly focused on their existing products and technologies — may not be a disadvantage when the business environment has so much room for improvement.

“Clusters require strong knowledge sharing and trust; they should thrive in South Africa.”

I also think that multinationals realize that they can’t move into emerging markets without adapting to the local culture. This presents a unique opportunity for startups in clusters: They can learn what they need from the larger corporations, in terms of developing technologies, and then learn what unique offering they can bring to the market that the corporation hasn’t thought of.

It’s also worth noting that there are regional clusters that actually discourage the emergence of new technological paradigms. In my research on clean-energy technology, for example, I found that universities have been instrumental in the development of some newer technologies, such as fuel cells [technology that converts a fuel such as hydrogen into electricity to power a vehicle]. However, in regions where established industries may slow or even prevent the development of innovative technology — as the oil and gas industry might do for a fuel-cell company in the United States, for example — universities haven’t been as involved. Just because there’s an energy cluster doesn’t mean that it’ll be good for all types of energy tech companies.

S+B: What does that mean for clean-tech clusters?
GILBERT: Clean-tech clusters are harder to form because these types of companies have more challenges to deal with than a software company might. I’ve found that incumbent technologies are dominant in the minds of a lot of stakeholders. As entrepreneurs are trying to bring green technologies to the marketplace, they have to compete not only against one another, but also against the existing energy systems. Fuel-cell technology companies, for example, are having a difficult time even being able to make their value proposition in the marketplace. They came after solar and wind, and many people don’t necessarily see the need for any other options.

There are also other complications: If we’re going to have fuel-cell cars, for example, changes will be required within the automotive industry and related infrastructure. Fuel-cell cars are designed to run on hydrogen fuel, which means you need hydrogen fueling stations in places where people can access them. It’s kind of a chicken-and-egg situation, in which the automotive manufacturers would like to see the energy companies investing in hydrogen fueling stations, and the energy companies would like to see the automotive manufacturers put these cars on the road before they make the investment in the fueling stations. As a result, they’re at a bit of a standstill.