Why GM Matters: Inside
the Race to Transform an American Icon 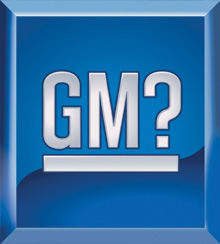 If you want to know what Rick Wagoner, former chief executive of General Motors Corporation, did during his tenure as CEO, and even perhaps how he thought about what he was doing, you can do no better than to read freelance writer (and s+b contributing editor) William J.
Holstein’s Why GM Matters: Inside the Race to Transform an American Icon. Although some of the issues in the book have been rendered moot by recent events — including the Obama administration’s dismissal of Wagoner and GM’s moves into and out of bankruptcy — Why GM Matters vividly captures the position of the company during its fervent efforts in 2008 and early 2009 to stay clear of the courts.

Holstein had broad access to GM and its executives, and he does a good job of reviewing the com­pany’s recent history, using perspectives from both the shop floor and the executive suite. He opens with the description of the slow-motion train wreck that was GM from the late 1970s through the early 1990s. As 2000 approached, the oil shocks had changed the external environment in which the company oper­ated, and the rise of Japanese lean manufacturing techniques had disrupted its traditional trade-offs between cost and qual­ity. GM was floundering: Its business model had once been invincible, but the company’s very strengths had become weaknesses. At the root of GM’s problems was a profound inability to grasp the nature of systems and systemic change. It seems that, like golfers seeking quick fixes and tips that promise better results without requiring any real change, GM executives were continually looking for Japanese “secrets” that they could incorporate into their own processes. Such secrets did not exist (at Toyota, the whole production system was the secret), and GM faced the need for massive, systemic change.

Given GM’s size, its situation evokes all the familiar metaphors of turning aircraft carriers on a dime and rewiring 747s midflight, and Wagoner clearly understood the sheer scale of the change required in a spatial sense. But it is not clear that he had a similar sense of the importance of time — the urgency of the matter and the tempo required to address it. In a way, this mind-set is reflected in the pace of the book itself, which breaks for leisurely biographies of workers and managers who are representative of GM’s thousands of often dedicated employees. These vignettes are interesting, but all the time the reader is wondering what is happening at the top: Where is the burning platform? Why aren’t they getting rid of costly, duplicative brands and closing dealerships? When are all the underperformers and people who don’t “get it” going to be fired?

Additionally, little mention is made of GM’s circle of sick suppliers (other than Delphi, the troubled unit that GM spun off in 1997). Problems in an ecosystem usually manifest themselves first on the edges, not in the core, and the major suppliers to the Detroit Three have been in dire trouble for decades. Japanese manufacturers usually see their suppliers as a source of innovation and systemic savings that should be nurtured and developed; U.S. automakers have typically seen them as resources to be consumed. Emblematic of this approach was the bizarre move of Wagoner’s pre­decessor, Jack Smith, to install the “Basque bully,” Jose Ignacio Lopez de Arriortua, as head of global purchasing. Lopez’s arbitrary actions further poisoned supplier relationships and destroyed GM’s drive to improve quality. An examination of this episode would have revealed more clearly the striking inability of GM’s executives to see their organization as part of an ecosystem and their resulting habit of pursuing short-term fixes at the risk of long-term ruin.

Legendary Green Bay Packers coach Vince Lombardi used to say that his team never lost a game, they just ran out of time. Certainly GM ran out of time. But in business, time — its use, its saving, and its waste — is the game. GM had too much time, and perhaps this is why its successive managers could never generate the urgency necessary to get things done — a discipline that is now being imposed by outside forces and agencies.