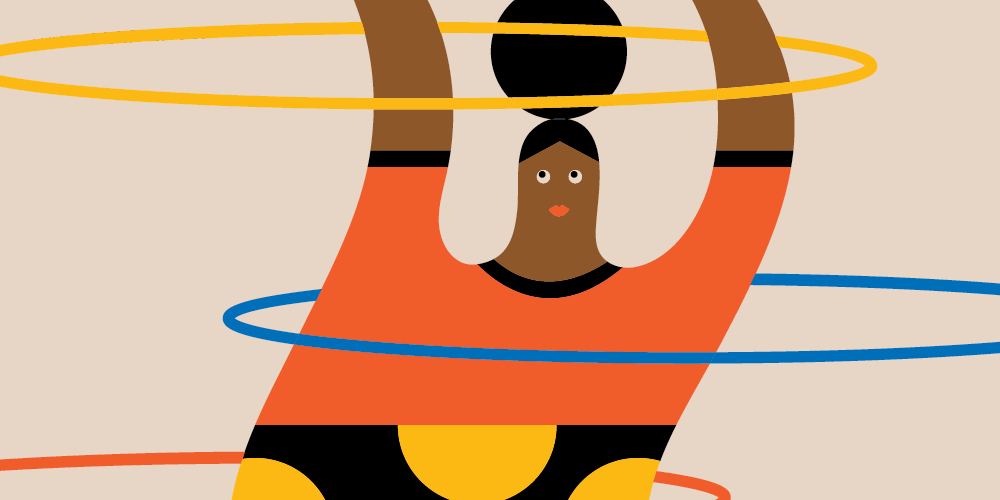 The first time I visited Google’s sprawling corporate headquarters was to attend a retreat for its human resources directors in 2012. The company was eager to help its employees form better habits around wellness and, in particular, to encourage more employees to use its on-site gyms. Research shows that healthier employees are happier and more productive. Not long after my visit, I called my friends at the tech behemoth and pitched a low-cost strategy that I and my longtime collaborator, Harvard Business School professor John Beshears, were convinced could help. 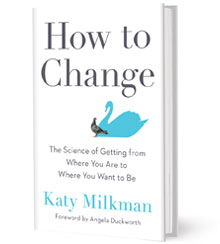 John and I wanted to understand how people’s tendency to take the path of least resistance (what you might call laziness) could be harnessed to help improve important daily decisions that they can’t just “set and forget” with a clever default. For example, we hoped to find ways to improve choices about technology use, diet, exercise, sleep, and daily spending. We suspected that Google might be a perfect test bed for an idea we’d developed about how to kick-start long-lasting habits more effectively. Our idea had to do with the consistency of people’s routines.

Imagine two people — let’s call them Rachel and Fernando — who both want to exercise more regularly. Now say they both sign up for a month of thrice-weekly sessions with personal trainers. Since Rachel and Fernando have taken the same step toward their goal, it may seem that they have the same chance of success. But Rachel’s trainer has a different philosophy from Fernando’s trainer. Rachel’s trainer believes having a strict routine is the best way to turn exercise into a habit. She asks “Routine Rachel” to pick her favorite workout time and tells her that they’ll meet three days every week at that time. Fernando’s trainer believes ﬂexibility is important and isn’t too concerned about exactly when Fernando exercises, so long as it happens three times each week. She tells “Flexible Fernando” to pick his favorite workout time, too, but emphasizes that varying the timing of his visits to the gym so some fall outside this window will help him learn to schedule his workouts around conﬂicts.

When John and I asked dozens of psychology professors at leading U.S. universities which hypothetical trainer they thought had the better philosophy, there was a clear consensus. The vast majority predicted that visiting the gym at the same time on a strict routine would produce more lasting exercise habits. John and I thought so, too; we were startled to discover that we had things all wrong.

John and I by no means developed our misguided intuition out of the blue. A large body of evidence suggests that consistent routines are important for producing lasting habits. Research also demonstrates that people are far more likely to take their medication consistently when they have regular pill-taking routines, and the vast majority of regular gym-goers report exercising at a consistent time of day.

There is also a really entertaining study about popcorn consumption, of all things, that reinforces the importance of routines to habitual behavior. The habits expert Wendy Wood recruited theatergoers at a local cinema to watch and rate a series of short movies. These people were led to believe Wendy was studying their tastes in film, so when they were given free boxes of popcorn at the theater, they thought that it was simply a gesture of thanks for sharing their time and opinions.

In reality, the study was about the popcorn. Some of the boxes handed out contained fresh buttery popcorn. But other study participants received week-old popcorn that had been stored in plastic bags until it had lost all its crispness and buttery goodness. Unsurprisingly, people had no trouble differentiating between the good and bad popcorn. The bad stuff was universally described as disgusting. And the people who didn’t usually eat popcorn at the movies behaved quite reasonably: They left the stale popcorn alone. But if they were lucky enough to get fresh snacks, they happily gobbled them up.

What’s more surprising is Wendy’s discovery that participants who always ate popcorn at the movies ate the same amount regardless of what type of popcorn they were served. Their behavior relied on instinct and habit, not rational judgment. Whether it was stale or fresh, they ate the same amount because they were on autopilot. The movie theater was their cue that it was time to eat popcorn, so they ate it mindlessly.

To deﬁnitively establish this link between the cues that trigger habits and mindless behavior, Wendy’s team reran the experiment in a different environment, showing music videos in a research lab (rather than movies in a theater), and the results were different. This time, people who always ate popcorn at the movies behaved just like moviegoers without a popcorn habit. Because they weren’t encountering popcorn in the usual, routine way, autopilot didn’t take over and lead them to eat the rubbery kernels that had been in plastic bags for a week.

Wendy told me that she actually wasn’t at all surprised by these results. She knew from a career studying habits that repeating behaviors consistently in the same context (say, a movie theater) and getting a reward (say, tasty popcorn) will eventually cause us to respond to similar cues in well-rehearsed ways, even if the reward is no longer there (which is why some people will eat disgusting popcorn in a movie theater). “The cues could be other people, they could be the physical environment you’re in, they could even be the time of day or some action you just did,” Wendy says. “All those cues get tied with your response in your mind.”

All of this goes to say that John and I had good reason to suspect that if we wanted to help people build good habits around social media use, sleep, exercise, medication adherence, homework completion, or parenting, getting them to develop consistent, stable, and familiar routines could be valuable. Going back to Rachel and Fernando, we had every reason to believe that Routine Rachel’s trainer, who urged her to visit the gym at the same time each day, would help build a more lasting exercise habit than Flexible Fernando’s trainer, who prioritized ﬂexibility.

The value of routine

Our friends at Google loved the idea of helping their employees build lasting gym habits and graciously gave us the green light to test our theory at their on-site gyms. The study we ran (with several other collaborators) involved more than 2,500 Googlers at ofﬁces all around the United States. We measured participants’ attendance at on-site gyms during a monthlong period when we ﬁddled with their incentives to exercise, and for roughly 40 weeks thereafter (to see what lasting effects, if any, our monthlong intervention had produced). The key feature of our study was a test we developed to see whether rewarding regularity in gym habits was critical to lasting change.

Here’s how that worked. Some employees were paid for exercising at the same time each day, while others were paid a bit less for exercising at any time. Our study’s design allowed us to compare people we had randomly assigned to behave like Routine Rachels (people who consistently worked out at the same time of day) with people we’d encouraged to act like Flexible Fernandos (exercising the same number of times per week as the Rachels but on a less consistent schedule).

When the data came back, we were fairly certain that we would see evidence supporting the power of a strict, regular routine. But we were wrong. Before explaining our error in logic, let me start by giving us a little credit — it’s not that we had everything backward. Employees whom we rewarded for exercising at the same time each day did, in fact, form a slightly “stickier” habit around exercising speciﬁcally at their usual, planned time. When our monthlong program to kick-start exercise habits ended, employees who had been rewarded for regular exercise kept going to the gym at their regular time a bit more often than employees who had been rewarded for exercising whenever they felt like it.

The big surprise, however, was that Googlers we’d encouraged to hit the gym at a consistent time essentially built a habit around exercising only at that precise time. We had accidentally turned them into inﬂexible automatons — transforming Routine Rachels into “Rigid Rachels.” If they couldn’t make it to the gym at their regular time, these Rigid Rachels were unlikely to go at all, either during or after our experiment.

But both during and after our study, the employees we’d rewarded for exercising on a more ﬂexible schedule kept working out a lot more at other times, too, not just at the time they’d said was most convenient. They had very clearly learned how to get to the gym even when their original plans fell through, and overall, that produced a stickier exercise habit.

Rolling with the punches

Though the results of the Google study initially shocked me, as well as many academic and corporate audiences I presented them to (I took pleasure in polling people at my seminars on their predictions and then revealing that almost everyone was wrong), I think this is one of the most important discoveries I’ve made in my research career. Yes, forming stable routines is key to habit formation. But if we want to form the stickiest possible habits, we also need to learn how to roll with the punches, so we can be ﬂexible when life throws us a curveball. Too much rigidity is the enemy of a good habit.

To form the ‘stickiest’ possible habits, we need to learn how to roll with the punches, so we can be ﬂexible when life throws us a curveball. Too much rigidity is the enemy of a good habit.

Imagine that you’re trying to develop a daily meditation routine. Ideally, you’d specify a time and place to meditate, such as in your ofﬁce after lunch. Research on habits shows that repeatedly meditating at the same time and in the same place, and rewarding yourself for it, will make it more automatic. But sometimes meditating in your ofﬁce after lunch just won’t work. Maybe you’ll have a lunch meeting with a client off-site or a doctor’s appointment during your lunch break.

My research with John shows that if you can still find a way to be flexible and meditate, under whatever circumstances you ﬁnd yourself in, and reward yourself for getting it done, your meditation habit will become even stronger. By cultivating ﬂexibility in your routine, you will strengthen your autopilot: Your routine will be to meditate even under less-than-ideal circumstances. On the whole, you’ll build a stickier, more lasting habit. But if you practice a habit only in the ideal environment, it won’t be as useful as a habit honed more ﬂexibly.

I remain convinced that by deliberately building good habits, we can harness our inherent laziness to make positive changes to our behavior. But it’s now clear to me that to put good behavior on autopilot, we can’t cultivate it in only one speciﬁc way. The most versatile and robust habits are formed when we train ourselves to make the best decision, no matter the circumstances.