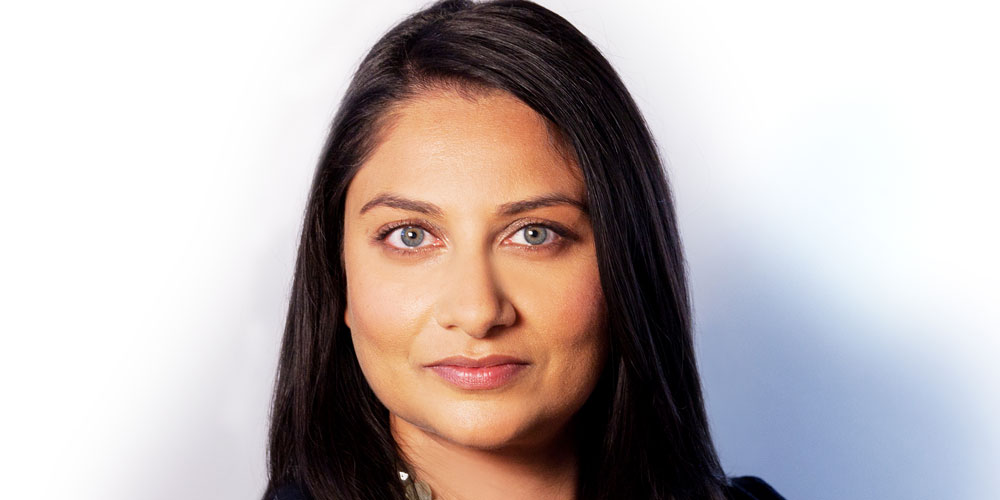 As companies have become more aware of the deleterious effects of bias, recognizing and confronting it has become a core part of their diversity, equity, and inclusion strategy. It is also a goal that permeates much of Aneeta Rattan’s research.

An associate professor of organizational behavior at London Business School (LBS), Rattan studies diversity in organizations, with a focus on mindsets and intergroup relations. Because humans both perpetuate and experience bias, any effective strategy to fight it must incorporate a deep understanding of how people perceive the world around them, think about others’ capacity to change, and are moved to take action when confronted with injustice.

Rattan is developing a body of work that explores these ideas from multiple angles. In recent years, she was selected as one of Thinkers50’s “Radar Class of 2019” thought leaders to watch, co-created LBS’s newly launched LGBTQ+ Executive Leadership Programme, and cofounded a free newsletter focused on driving systemic change through empowerment. In an interview with strategy+business, she describes several of her key research findings, and how they can help create a more inclusive workplace.

S+B: How can people’s mindset affect their response when confronted with bias?
RATTAN: In my research with Carol S. Dweck, published in Psychological Science, we found that people with a growth mindset are more likely to want to speak out against an expression of sexism or racism directed against them — and to actually speak out — compared with people with a fixed mindset. Because mindsets are core assumptions, they drive our expectations and our explanations for the world around us, and then they end up shaping our behavior. If someone believes people are capable of change, he or she will be more motivated to say something that might instigate that change than someone with a fixed mindset.

We later found in another study that employees with a growth mindset who spoke up were more likely to see the person who made a biased statement as more redeemable. And because they saw this person less negatively, the participants who experienced bias who both had a growth mindset and spoke up showed less of a decline compared with others in their sense of belonging at work and in their workplace satisfaction. This does not mean that they were “happy” or unaffected by their experience with bias. But they didn’t seem to silently carry the hurt — which can lead to loss of commitment to and engagement in the company — quite as much.

When we’re at work and someone says something biased, it affects how we feel in the workplace and how we feel about that workplace. You can have all the inclusion practices in the world, but if they are not translating into the everyday experiences of your people, they are not yielding positive outcomes. Inclusion is what you do as a company to invite people in, but belonging is whether they feel like they’re being treated as equals when they show up.

S+B: What can companies do in the aftermath of an incident of bias?
RATTAN: Leaders have to create the tracks that change can run on. They can do that by creating norms that support those who speak out against bias, and by viewing incidents of bias as learning moments, from which those who express bias are expected to take specific actions to grow.

One strategy that I’m currently testing is to give people scripts for how to respond and speak up in the moment — a way to open a conversation. For example, leaders could identify a specific phrase that would trigger the involved parties to press pause. If you have said something that offended a colleague, your job in that moment is to believe that individual, listen, and see what you can learn from the other person’s perspective.

S+B: The idea of learning from your colleagues is linked to another study you’ve done, published in 2020 in the Personality and Social Psychology Bulletin, about informal social networks.
RATTAN: In addition to the formal organizational hierarchy, we all know that there are some people who interact, exchange advice, and are friendly with one another. This informal social network turns out to be important in understanding people’s workplace outcomes and can also be an incredible resource for people.

My colleague Raina Brands and I wanted to learn more about women who occupy one type of valuable social network position: those who are highly sought after for advice by many people on their work teams. We found that these women are more likely than women who are in less influential social network positions to say that they will speak up, or to report having spoken up in the past, when confronted with a biased comment at work. And people also expected women in these sought-after advice network roles to be more likely to speak out.

S+B: How does their position embolden them to act?
RATTAN: We found that women in these roles tend to think the people on their team or in their network will support them or will agree with them that the biased comment or incident was offensive. At least in part, they feel released to take the action that they want to take because they presume this support.

S+B: In that study, women’s perception of their status and influence can have a positive effect. But you’ve also found that these types of perceptions can produce a less desirable outcome.
RATTAN: Oriane Georgeac, my former Ph.D. student who is now an assistant professor at Yale School of Management, and I became interested in how people interpret the message sent when companies or the media report on the number of women in positions of leadership. The conclusion is often that things are better than they’ve ever been. Of course, things may be better than they have been historically — though the pandemic seems to have reversed some progress — but they are still far from equity.

Inclusion is what you do as a company to invite people in, but belonging is whether they feel like they’re being treated as equals when they show up.”

Representation of women in top leadership is just one form of gender inequality. And although it’s important, it’s a marker of equity that directly affects fewer women. When a company appoints its first female CEO, that does not necessarily lift other women’s wages or reduce gender discrimination lower down in the organization.

As we wrote in the Journal of Experimental Psychology: General, when our study participants read about increases in the representation of women in top leadership, they assumed that women no longer faced obstacles because of their gender. And as a function of this overgeneralization of women’s progress, they were less disturbed when presented with statistics showing ongoing gender inequity, for example, the pay gap or how much more household labor women do compared with men.

S+B: What should company leaders take away from these findings?
RATTAN: We still need to test this idea, but our hypothesis is that companies should celebrate their achievements when it comes to women’s leadership — but they should do so with context by specifying the areas they’re still working on or what their goal is. For example, if a company announces having more women than ever before as partners, they can also acknowledge the need for continued progress: “We’ve reached 20 percent, and that’s a start. But it’s not good enough, and we will keep working.”

The results of this study don’t take anything away from companies’ or women’s accomplishments. What they do is they highlight the importance of the message you put out and how people perceive it. We are always updating our understanding of the world based on the experiences and information we encounter. This is important, because the amount of worry we have or how disturbed we are about inequality is part of what shapes our willingness to take action to correct it. 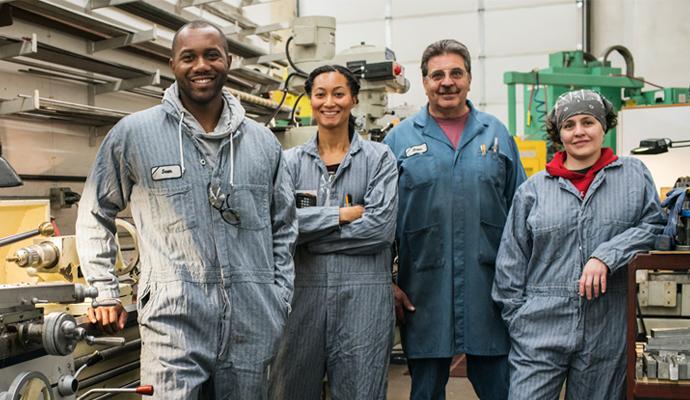