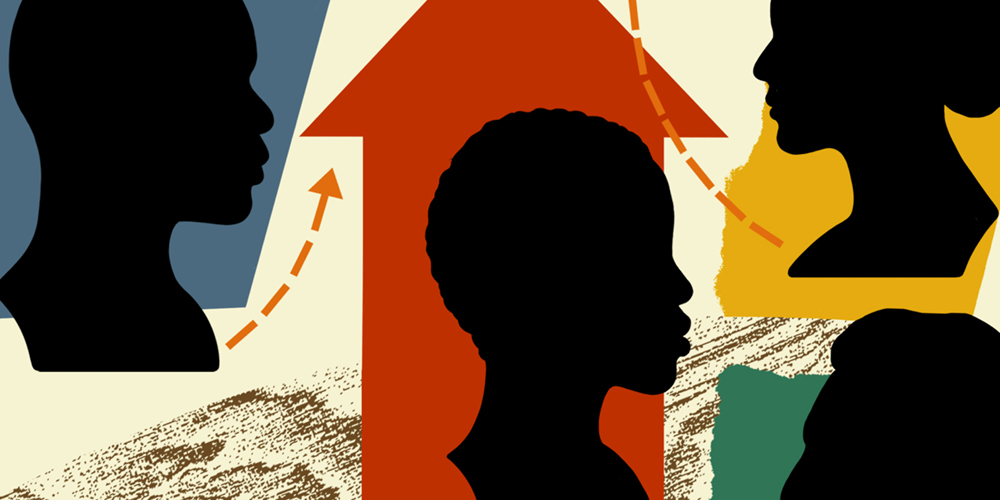 In 1977, Rev. Leon Sullivan, an American Baptist minister, civil rights leader, and corporate board director, created a set of guidelines to engage U.S. corporations in resisting and eliminating legalized systemic racism under apartheid in South Africa. Known as the Sullivan Principles, these guidelines urged company leaders to promote racial integration in company facilities; equal pay for equal work; the advancement of more Black and “nonwhite” employees to supervisory positions; improved housing, schooling, and recreation and health facilities for all employees; and other targeted measures.

More than 40 years later, we are witnessing a similar call to action. The killings of multiple Black Americans by police and the disproportionately negative effects of COVID-19 on Black and brown communities have heightened social consciousness, spawned worldwide protests, and catapulted strategies to end systemic racism to the forefront of corporate agendas. There is growing recognition of the need to transform this moment of racial reckoning into a broader racial justice movement that uproots and fundamentally alters the very systems and practices that have allowed racial inequity to persist in the workplace, the marketplace, and our communities. Although many corporate leaders have set out to do just this, companies will not be able to live up to their commitments without deep engagement from their board of directors. But the gap between company leaders and their boards persists despite recent progress.

Some of this progress is evident in the numbers: For example, since George Floyd’s killing in May 2020, Russell 3000 companies have appointed 130 Black board directors. And other recent headlines suggest momentum is building. In September 2019, legislation was passed in Illinois requiring companies to disclose their board diversity data (the original bill had proposed mandating board diversity), and a year later a bill was signed into law in California requiring greater representation of people of color on corporate boards. On December 1, 2020, Nasdaq proposed a requirement (pending SEC approval) that most companies listed on its exchange have at least one woman director and one director who self-identified as being part of an underrepresented minority group. But such steps, although critical, need to be accompanied by fundamental shifts in the board’s understanding of which directors should be recruited, how the board should engage in discussions about racial justice, and how directors should hold themselves and the company’s leaders accountable.

Drawing on Rev. Sullivan’s work as inspiration, and on our own experience (as an academic scholar studying corporate board dynamics and a longtime board director), we propose three commitments that can provide the basis for ongoing and deep investment from board directors in advancing their company’s racial justice agenda. We’ve organized these commitments to target, respectively, the board as a whole, board chairs and lead directors, and individual board directors. Like the Sullivan Principles, these commitments are designed to create the kind of engagement that will help companies resist the status quo and eliminate systemic racism.

Commitment 1: A racially inclusive board

The board needs to commit to recruiting board directors who value and have a proven record in confronting issues of diversity, equity, and inclusion (DEI). However, our work suggests that tokenism may impede this goal. Directors of color may be sought out for the sake of racial diversity and not because they have a record of or interest in improving racial justice. Other directors may be recruited for their operational leadership but may lack DEI skills and expertise.

A board cannot advance racial justice without board directors of all races who are committed to inclusive leadership. To achieve this makeup, the board should undertake the following.

A board cannot advance racial justice without board directors of all races who are committed to inclusive leadership.”

Recruit board directors with a track record of supporting and improving racial justice. A key part of recruiting racially inclusive board directors is to appoint a board chair, board directors, and a chair of the nominations and governance committee who have a demonstrated commitment to DEI. Openly advocating for racial equity and inclusion as well as hiring and promoting people of color into leadership roles, mentoring and sponsoring people of color, and serving on the boards of nonprofit organizations engaged with communities of color provide strong evidence of such commitment. Directors with these experiences or those who have taken these actions may be particularly effective in helping their boards not only recruit board directors of color but also understand why it is important.

Recruit board directors from racially diverse pools. A common refrain among executive search firms and board directors has long been that racially diverse pools do not exist or are difficult to find. However, in the past two decades, multiple organizations have emerged with the goal of making a racially diverse pool of talent more visible. For instance, the Black Corporate Directors Conference serves as a network for identifying and convening Black leaders who are well positioned to serve on corporate boards. Black directors who attend this conference are encouraged to promote a civil rights agenda within their boardrooms.

Commitment 2: A board culture that empowers directors to speak up

Our work suggests that boards are often hierarchical: The board chair or lead director dominates meetings, and other board directors, when they do speak, are frequently interrupted. These dynamics are problematic for advancing a racial justice agenda because they can silence board directors who possess skills and expertise in improving racial justice. A board cannot help a company advance a racial justice agenda without a culture that encourages speaking up. To empower directors, the board chair or lead director should do the following.

Include the company’s racial justice agenda in board meetings. Racially inclusive boards talk openly about racial justice and inclusion. Board meeting agendas are created by the board chair or lead director, however, and it is critical that he or she incorporate racial justice as a topic at least once a year. Minimally, these discussions should address succession planning and racial diversity at all levels of the firm, vendor relationships with business leaders of color, philanthropic contributions and engagement with organizations that serve people of color, and how racial diversity fits into the company’s broader environmental, social, and governance (ESG) platform.

Actively solicit input from board directors of different racial backgrounds. Hierarchical board cultures can silence the voices of all board directors, and especially the voices of board directors of color, who are often in the numerical minority. In contrast, inclusive board cultures encourage everyone to offer input. Board chairs should pay attention to which voices are being heard and which are not on all board topics — not just those related to diversity. To elicit more input, the board chair can ask directors for their opinions, rather than assume that because someone is quiet, he or she doesn’t have anything to say. At the same time, conversations about diversity and racial justice may be especially fraught. The board chair needs to set the tone for having these conversations and ensure that board directors from all racial backgrounds are contributing to the discussion, even dissenting opinions.

We have found that without a personal sense of accountability and responsibility, board directors will fail to help their company advance a racial justice agenda. Yet cultivating such a sense is no easy feat. John Rogers, a coauthor of this article, often speaks about his experience with this challenge, noting that even as boards became more diverse, Black board members were often uncomfortable making white leadership uncomfortable (confronting this issue was one of his motives for starting the Black Corporate Directors Conference). Moreover, beyond their personal responsibility to advance racial justice, directors need to hold company leaders accountable. To make progress in these two critical areas, they should do the following.

The board chair needs to set the tone for having conversations about diversity and racial justice, and ensure that board directors from all racial backgrounds are contributing to the discussion.”

Speak up on issues of racial justice. The late congressman John Lewis was known for saying, “When you see something that is not fair, not just, you have a moral obligation to speak up.” Leaders such as John Lewis and Leon Sullivan led from a space of moral obligation and encouraged people to speak truth to power, to become better at challenging authority to create real change. Commitment 2 calls on board leaders to create a culture that encourages directors to speak up, but the directors themselves then need to act on this imperative — even if they are in boardrooms that do not encourage expression or if they perceive personal risk from doing so. Although progress on improving DEI can take years, directors should be willing to step down from the board if accountability is lacking, instead of staying and implicitly supporting the status quo. It is paramount for them to aim to leave the company stronger than when they arrived on the board.

Hold corporate leaders accountable for setting and making progress toward racial justice. Board directors have a fiduciary duty to act for the good of the company — to exercise due care in how they govern and lead the company to a more sustainable future. When it comes to the company’s racial justice agenda, board directors should hold company leaders accountable for making gains toward these goals. Directors can ask to see data related to, for example, the company’s racial diversity, who the company hires as vendors (are they minority-owned businesses or led by a person of color?), and how the company conducts its philanthropic efforts (does it contribute to organizations that work with underserved communities?). They can also propose that these metrics be included as part of measuring executive performance. And directors should advise the company on ways to make progress toward these metrics.

Our hope is that these commitments motivate board directors to take a leadership role in advancing their company’s racial justice agenda. Now is the time to embrace conversations about racial justice and inclusion. Standing on the sidelines is no longer an option.